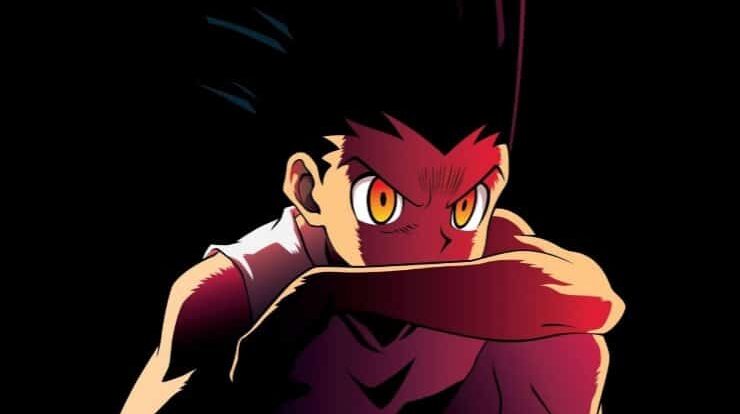 Top 10 Best Hunter x Hunter Episodes – Hey guys!. In this post, I’ll be discussing a list of Top 5 Best Hunter x Hunter Episodes. We’ll be discussing Hunter x Hunter specifically the 2011 anime. I finish it a while ago and it was a really nice journey  go through all the episodes. I recommend everyone to watch this anime because it’s really great. Well there are slow points here and there in the story, the themes, plot and characterizations are stuff that make this series worth turning into. I think a lot of this is due to the 2011 anime fantastic direction this post kind of correlates with it. So let us count down the list.

The one pick on this list that isn’t chimera ant arc. Episode 47 gave so much, It’s an episode entirely based off a fight but it isn’t just mindless punching and kicking. Kurapika and Uvogin, the two combatants both use tactical fighting styles with their nen and this keeps us console inclined for what the next move will be. We see one of the protagonists from this series go out Uvogin for revenge and we see an entirely new side to him one that completely deviates in the cool and collected one present earlier. He goes all out for revenge and the final moments of the episode we aren’t exactly cheering on Kurapika. It’s such a burden for him to kill and it wraps up this amazingly choreographed fight well and I think it all happened at one episode.

Many we disagree with the placement of this and called me enough for putting it too low. I think it’s fitting though. The first half is heart-wrenching after we find out the kite isn’t alive and we aren’t really really like emotionally attached to him as we are for Gon and nonetheless though we see how he’s suffering after finding out the news. This hurts him so much and then of the second half at all changes. After being challenged by Pitou kind of left hopeless just lost what’s gonna happen. Gon’s previously hinted rage power comes out we see Adult Gon. Anime did this so well and just what do you think it would end. No, the episode also shows their fight. Okay you know what it’s not a fight it’s a literal evisceration. It’s insane to see the moment within the context of the episode because it’s been building up so much and we see how brutal the series can get while also showing how much potential Gon had. All in all as an episode it just rounds about so well. Just that second half alone just I still find myself watching it to this day. But all in all the episode itself is still something else.

This is an all-out brawl between The King and Netero. We’re constantly kept guessing for what’s to come. There’s no need for exposition as a direct continuation of the past episode. We can see how thought-provoking these fights in Hunter x Hunter can be. As Meruem compares this to a regular gungi game with Komugi. After Netero take a ton of damage and his zero hands are missed he tell Meruem his name. Netero looks so terrifying at the final moments of this episode and cynical. The King of the audience are intrigued get also fearful of this old man who should have been on the verge of death. Then after a grim monologue alluding to humanity and it’s twisted morality the bomb erupts. Meruem realizes he was checkmated this whole time. This episode finished out a fantastic fight and I was intrigued all the way through. It also had the moment that made you question your own ideology.

On my list is one that many would put as their number one. We’re talking about the Meruem and Komugi Episode. You know what’s up with this one there’s not even an opening. It’s the conclusion final episode of chimera ant arc and what a way to end it off. It focuses almost purely on Meruem and Komugi. Throughout this arc we saw the growing bond between the two and how Meruem changed. It was a nice opposite parallel to Gon’s character and I was happy with the direction of the episode. It shows the final moments of Meruem and being with the girl he loved and not spreading harm on others. It’s so somber compared to the contrasting intensity previously shown in the arc. I like the bittersweet note this arc ends on. We don’t get a lot of the small-scale stuff and anime let alone Shounen but I was a big fan of 135. I was really contemplating between this and number one but I think I prefer the latter for what I’m about to get into.

The Gon and Pitou encounter in the room. Amazing, to call this intense would feel like an understatement. Everything from the lighting, art, direction, voice acting and music hits all the right notes. It’s makes Gon’s total shift very clear as what we previously saw as our lovable Shounen protagonists became an insane monster. This foreshadowed the iconic moment later in 131 will also make an us feel compelled of what would happen next. Oh and killua’s role is great too. Almost exclusively focused in one room get never feels dull. I was so shocked and mesmerised when I finished 116. It’s truly a parade of its own compared to not only other Hunter x Hunter episodes but other anime episodes. I really like these episodes that don’t get interrupted by other scenes that are going on. It focuses solely on this intense counter that’s if anything is mostly dialogue heavy but nonetheless I think it hit all everything that I needed to it. Just Wow! I was on the edge of my seat watching this episode and even rewatching it I still kind of have.

That is it from today’s post on Top 5 Best Hunter x Hunter Episodes. If you do not agree with the points in the post and have some of your own opinions, share them with us in the comments section down below. Keep visiting Animesoulking for more information about Anime and Manga.

Chandan is the writer of “Top 5 Best Hunter x Hunter Episodes”. Also, Connect with me on youtube and Facebook.