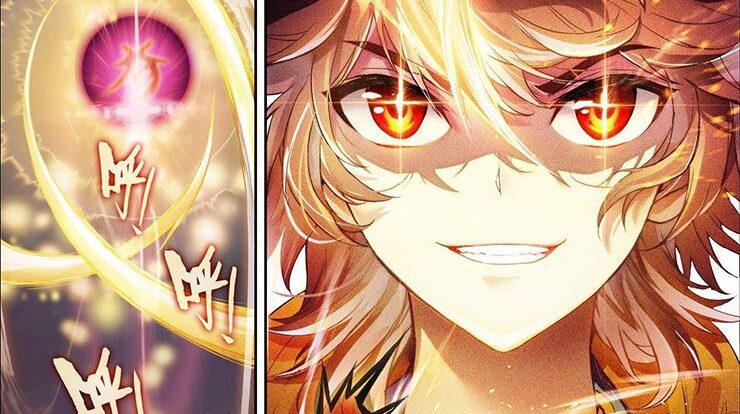 10. Trample On The River Of Immortality

Qin Lie was looked down by his peers because he has mediocre cultivation. One day his jade pendant suddenly crack and reveals it’s true power. The jade pendant can remove any impurities. His cultivation improve a lot after this, and he becomes a lot stronger than before.

Feng Hao, eldest son of the Feng Clan had been considered to be trash, and had been repeatedly humiliated! One day, one of the master from martial art school, De Ying, look down on him and suddenly attack him. He gets beaten immediately and fainted.

When he feels disgraced there’s a loli spirit coming out of his body, that said to be consuming his qi all this time. She will train him and become his master!

Luo Chen was spurned by his family, hated by his father, and being made fun of. Eventually, he was disowned and kicked out of the family.

After being kicked out, when he cultivate, a lightning suddenly strike him. He fainted, but he managed to awaken his fighting spirit, and he will finally able to get stronger.

The young man Lin Yan has a weak spirit and was ridiculed by everyone. His fiancée also gonna cancel their marriage and humiliate him. One day, when he cultivate, there’s suddenly a huge coffin appear in front of him.

In the coffin, there’s a beautiful woman lying in there. She wakes up and tells him that she is a soul who’s been reborn after being killed. She will help Lin Yan to get stronger in exchange for him to help her with her revenge.

It has been a whole year since Li Fu Chen lost his talent. Now he lives the life of a trash, being ridiculed and beaten by those around him. He still has his engagement, however even that came to an end, when his engagement is abruptly canceled.

Feeling a lot of shame and humiliated, a ray of hope come from the sky…. Literally…. After that, he suddenly gains a sudden burst of power.

When Lin Dong was very young, he watched his talented father easily crushed and beaten by the overwhelming genius of the great Lin Clan, Lin Langtian. His family is in a slump and being mocked by everyone since that day.

He swears to become strong and bring honor to his family, but he himself is lacking any power. One day, he stumbles upon a mysterious stone talisman with great power, and that will change everything.

In this world, there are three type of martial arts, Flame, Dragon and Star Martial Arts. Ye Xinghe is young Star Martial User. It’s quite unique but Star Martial arts is already declined and the cultivation method were lost.

He also comes from a weak family and he get harassed by one of the guy from the Dark Moon Family. When there’s an exam from Heavenly Star Academy, his power suddenly awakened and managed to surprise everyone.

Wow, that’s a lot of chapters! Even more than Detective Conan and Hajime no Ippo, and even Kochikame. Yang Kai is a disciple of High Heaven Pavilion, but he’s the weakest disciple and got ridiculed by his peers.

One day Yang Kai managed to obtain a black book with mysterious power, and it will turn his luck around and set the beginning of his martial arts journey.

Luo Zheng, was once born as the eldest son of a wealthy family, but now, he merely reduced as a slave after his family decline. His sister also kidnapped by a powerful force. He swears to save his sister, but he is powerless right now.

However, suddenly an ancient book left by his father, reveals a secret divine technique, giving him immense power!

1. Battle Through the Heavens

Xiao Yan, who has shown talents none had seen in decades, suddenly lost his power three years ago. He becomes the joke of his family and lost all of his reputation. His fiancee is also wants to cancel the engagement with him.

When he feels depressed and humiliated, a spirit suddenly come out from the ring that his mother left for him. It turns out, the spirit was the reason why he lost all of his power. The spirit wants to help Xiao Yan this time, to get back all the power he lost.

It is satisfying seeing underestimated main character gets stronger and prove everyone wrong.

That is it from today’s post on Top 10 Best Cultivation Manhua Where Weak MC Becomes Strong. If you do not agree with the points in the post and have some of your own opinions, share them with us in the comments section down below. Keep visiting Animesoulking for more information about Anime and Manga.

Chandan is the writer of “Top 10 Best Cultivation Manhua Where Weak MC Becomes Strong”. Also, Connect with me on YouTube and Facebook.