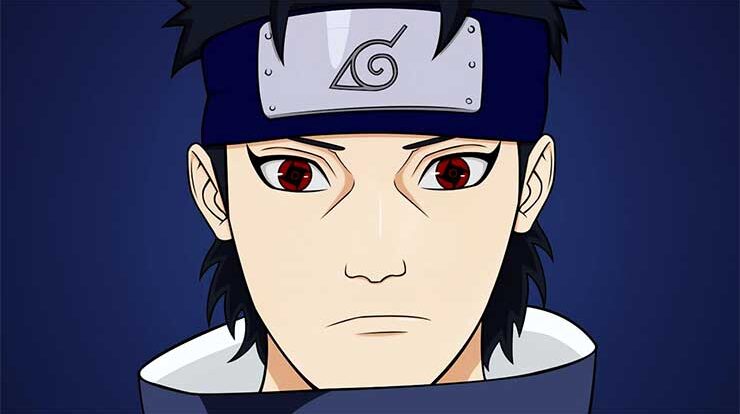 The Gold and Silver Brothers also known as the “Two Lights” were two infamous shinobi from The Village Hidden in the Clouds. We really never got to see their true power and abilities rather than what we see are just the legendary tools of Rikudou Senin. Besides that lets not forget that with those tool they can easily trap and defeat very powerful enemies and beside that if anything fails they could just go to rampage mode using nine tails chakra mode which was stage 2.

From the very beginning of the series kakashi was introduced as a famous shinobi with foes from other villages such as zabuza immediately recognizing who he was. He was famed as “Kakashi of the Sharingan” and mostly feared for his ability to copy almost every jutsu he witnesses “The Copy Ninja”. Even the incredibly powerful pain who possessed the rinnegan instantly recognized kakashi, after being confronted by him during the invasion of the hidden leaf village and had to be weary of what he as capable of.

Shisui, or Shisui of Teleportation, as he was called, was an Uchiha prodigy. Even at the tender age of 11 years old, Shisui was able to dispatch 3 full-grown members of the ANBU Black Ops. He was known as Shisui the Teleporter for his great mastery with the Body Flicker jutsu. Even more fearsome though, was his signature genjutsu The Kotoamatsukami. It was the strongest genjutsu in existence after infinite tsukuyomi, and the only genjutsu that cannot be repelled. It’s no wonder that enemies were commanded to flee on sight whenever they faced Shisui.

Jiraiya, Orochimaru, and Tsunade were known as the Three Legendary Sannin. Jiraiya the Toad Sage was a powerful shinobi that trained three of the greatest shinobi ever to exist – Naruto Uzumaki, Minato Namikaze, Nagato Uzumaki etc. Orochimaru was an equally powerful ninja, who went rogue after being exposed as a mass murder. He taught Sasuke Uchiha, the last survivor of the Uchiha massacre. Tsunade was an medical ninja feared for her unparalleled strength and chakra pools. She trained Sakura Haruno and As the granddaughter of Hashirama Senju, she was also blessed with a tenacious life force. They became most popular because of their 3 way deadlock formation and summonings.

Sakumo was known to be powerful and famous shinobi, renowned across the shinobi world as “The White Fang of the Leaf”. He was so famous that, he was able to overshadow even the famed legendary sannin with his powers rivalring theirs. His enemies usually cower in fear when caught up with the idea of facing him. A clear example of this was when lady chiyo confronted kakashi with evil intent, mistaking him for sakumo. This was mainly because sakumo was the one who killed sasori’s parents.

Hanzo was a legendary shinobi and the leader of the hidden rain village during his lifetime. He was recognized as one of the strongest ninja of his time, and an icon to the whole shinobi world popularly known as “Hanzo of the Salamander”. It was during during the second shinobi world war that he became known and feared defeating and killing an entire konoha shinobi squad, except the soon to be named sannin, whom he spared for being able to hold their own against him. His powers was such that jiraiya expressed intense shock learning that he had been defeated by pain.

Minato was the fourth Hokage of the Hidden Leaf Village and father of Naruto Uzumaki. He was known as a genius and feared as The Yellow Flash of the Hidden Leaf for his immense speed. His speed was so great, that he was capable of taking down 1000 enemy men by himself during the Third Great Ninja war. When the Third Great Shinobi World War was going on, flee on-sight orders were given to ANY solider that even glimpsed him, because of his unbelievable speed and overall, just greatness.

The group consisted of feared and reviled rogue ninja such as Kisame Hoshikgaki, former member of the Seven Swordsmen (also known as the Tailless Tailed Beast for his immense chakra reserves), Itachi Uchiha ( Prodigy who was forced to kill everybody in his clan and run away from the village), and Hidan the Immortal Man etc. The group was led by Pain, known as God of the Six Paths among people from the Hidden Rain Village.

Madara was the legendary leader of the uchiha clan. He founded konoha alongside his rival hashirama senju, with the intention of beginning an era of peace. He became more popular and feared after his death, with is name spoken often among the shinobi nations. Obito as madara declare war, led to the five great nations coming together something never seen before. After he was reanimated by kabuto, the war totally shifted in kabuto’s favor. The mere mention of madara’s name always brought fear to the shinobi world.

Hashirama was an extremely powerful shinobi in his time unmatched by any in power and very famous. As the founder of the hidden leaf village, its no surprise that he was famous and he was even referred to as “The God of Shinobi” due to his unmatched ninja powers. His powers allowed him to capture and control the eight free roaming tailed beasts, a feat which earned him the reputation as one of the few person who could truly control them. He was able to defeat madara each time they battled in their time, no matter how strong madara became.

That is it from today’s post on Top 10 Shinobis/Organizations Who Were Feared In All Five Nations. If you do not agree with the points in the post and have some of your own opinions, share them with us in the comments section down below. Keep visiting Animesoulking for more information about Anime and Manga.

Chandan is the writer of “Top 10 Shinobis/Organizations Who Were Feared In All Five Nations”. Also, Connect with me on youtube.