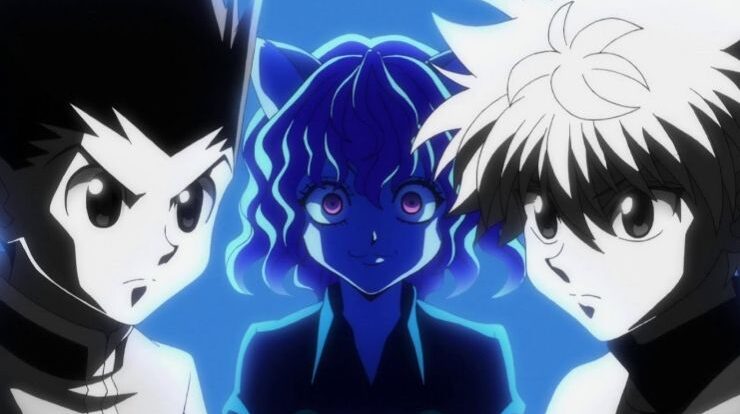 So the first arc on this list is somewhat dubious in nature. As it can in many ways be considered to be the epilogue to the Hunter Exam Arc. However, this 5 episode mini arc features Gon, Kurapika and Leorio venturing to Killua’s family mansion. During this arc we see more of Killua’s assassin family who are as brutal as you’d expect people in this profession to be. Even their Butler Gotoh proves to be exceptionally powerful in threatening with his coin tossing trick. We also see Gon in French training with weighted clothing, utensils and more in a form of training that was very reminiscent of Master Roshi’s training in Dragon Ball. But aside from that this arc is short and nothing really major happens in it and that’s why it’s at the bottom of this list.

The Chairman Election Arc is the final arc of the Hunter x Hunter anime. After the previous chairman Netero sacrificed himself to kill the Chimera King Meruem in the previous arc, the hunter association was left without a chairman. As such this arc features an election between hunters to see who will become the next chairman. Among those in  the running, our vice-chairman Pariston who serves as an antagonist of sorts in this arc, Gon’s father Ging and Leorio who is an unwitting crowd favorite. Meanwhile, another story unfolds where Killua returns to his home to free his sister Alluka from captivity. The reason she is being held there is that she has an alternate personality named Nanika who has the ability to grant wishes. However these come with terrifying consequences for those involved. Killua seeks to use these powers to heal Gon who is near death after his fight with Pitou. However Killua brother illumi and his associate Hisoka have their own plans for her. Now this arc has some interesting ideas like Alluka’s power and her other personality and one thing I’ll give Togashi he really went all out with explaining how elections work in various strategies the candidates employee to win. But this arc isn’t really as interesting as most of the others although it does include the series finale which is good but of course began the long wait for more content.

Now the Greed Island Arc really takes the premise of the show and Gon’s adventure in a very different direction. As most of it takes place in the video game world of Greed Island. However, this is a game that no one has seemingly ever won and even worse some of those within Greed Island are going around killing other players. So, Gon and Killua must train with another hunter named Bisky who teaches them some of the finer points and applications of nen. This arc definitely has a lot of fun moments in an interesting final battle involving an nen dodgeball game. However, this is also perhaps the most out of place arc in the series and maybe a little bit too different. Telling a story that seems like it belongs more in a show like Yu-Gi-Oh! but overall it’s still a solid arc.

Next is the very first arc of Hunter x Hunter and this is the arc that started off the story as well as introduced us to most of the key players. We are not only introduced to Gon but also to Kurapika, Leorio and of course Killua. It’s here that we learned a lot about their individual backstories and motivations behind why they want to become hunters and this is where a lot of the framework of the series is set up. We’re told of the hunter society, the different kinds of hunters and their objectives and we additionally learned that not all of these hunters are friendly such as Hisoka and Killua’s brother illumi. The Hunter Exam is a very grueling and dangerous test broken up into five phases. Each different than the last and testing a different aspect of those seeking to become a hunter. It’s taken in some cool directions although this may not be the best arc of the series. It sets the stage for what’s to come introducing our protagonists as well as recurring antagonists like Hisoka and greater goals to come such as those explored in the next arc on this list.

The Heavens Arena Arc is where the story starts to get really good. This in many ways serves as a prelude to the Yorknew City Arc and focuses on the training leading up to that arc. However, the way Togashi  showcases this training is both fun and enthralling. As Gon and Killua venture to the heavens arena, a 251 floor tower combat arena where fighters ascend to higher floors through fighting tournaments. The winners of these tournaments receive hefty payments and fancy accommodations and there’s some really cool fights that take place here such as Hisoka versus Kastro. However, the best part of this arc for me is not the fights but when Gon and Killua discover their superhuman abilities and this comes after they meet a fighter named Zushi and his master Wing who teaches Gon and killua the ways of nen. A technique which allows a living being to utilize and manipulate their own life energy also known as aura. Togashi  takes this concept much further than you would expect. Adding rules and abilities that depend on the users themselves, in creating an incredible amount of variety among nen using characters. The concept of nen in its applications in Hunter x Hunter are one of the biggest reasons I was drawn to the franchise and continue to revisit it and all of that really began in this arc.

This is an arc that very well could have been number one on this list. The story of this arc is that Gon and Killua accidentally encountered the hunter named Kite, who is a student of Gon’s father Ging. Kite is a hunter who is studying creatures known as The Chimera Ants. These creatures are dangerous not only because of their strength but also because their offspring gain the characteristics of whatever creature the Chimera Ant Queen devours. Eventually, the Queen begins to feed on humans which creates humanoid offspring with the ability to learn. But even worse is that they also gain the ability to use nen. This creates a massive problem as The Chimera Ants begin to spread and threatened to engulf the entire world. This arc really takes aspects of the series to a new level. We get a lot more character development for Gon and Killua as the story places them in life-or-death situations. Gon’s story of trying to save kite who is already dead is tragic and the story of The Chimera Ants reminds me a lot of Planet Of The Apes. Especially, as we see the Ant King Meruem learn about humanity and love and of course the fights in this arc are awesome as well with Meruem versus Netero being a great example. However this arc goes on way too long. Especially, the third act where Gon & company assault the King’s headquarters which uses Frieza versus Goku on Namek levels of cinematic timing and most of the time the narrator is talking over it telling us everyone’s innermost thoughts in their actions while they’re doing them.  I think that some of these things hold it back from being number one on this list.

The best arc of Hunter x Hunter for me has to be The Yorknew City Arc. This story of this arc focuses on The Yorknew City auction which is run by the biggest mob organizations in the world. It’s a highly guarded event. However The Phantom Troupe, a vicious gang of thieves run by the powerful Chrollo Lucilfer plans to attack it and steal the valuable items up for sale. All the while Kurapika has found himself working security for a wealthy mobster all in an effort to get revenge upon The Phantom Troupe who massacred his people in stole their eyes. This arc really is great, the way explores Kurapika character, his motivations and shows the lengths he’s willing to go to in order to get his revenge is very compelling. Much of this is tied directly into his powers. When he conjures chains that have unstoppable power when used against The Phantom Troupe but if used against someone else will result in his death. The way Togashi interweaves Kurapika story with The Phantom Troupe is brilliant. As he takes the time to develop the members and lets the audience see them as more than vicious thieves. But when they do get into action their tactics are brutal, bloody and result in many deaths some of which are rather unexpected. There’s a real Togashi total shift in this arc where in an instant the story becomes steeped in tension in a grim atmosphere that continues throughout the arc. We also get to see Gon, Killua and Leorio reunite with Kurapika but they to end up getting caught up in the showdown between Kurapika and The Phantom Troupe. We even get to see Kurapika and Hisoka make their own pact during this arc. As Hisoka seeks to defeat Chrollo himself and of course this arc also contains some awesome fights and moments such as Chrollo versus Killua father and grandfather which is awesome. Because of the great story, action, character development concepts and just the way this arc turned Kurapika into a total badass. I would have to say this is the best arc in Hunter x Hunter.

That is it from today’s post on Top 7 Best Hunter x Hunter Arcs. If you do not agree with the points in the post and have some of your own opinions, share them with us in the comments section down below. Keep visiting Animesoulking for more information about Anime and Manga.

Chandan is the writer of “Top 7 Best Hunter x Hunter Arcs”. Also, Connect with me on youtube and Facebook. 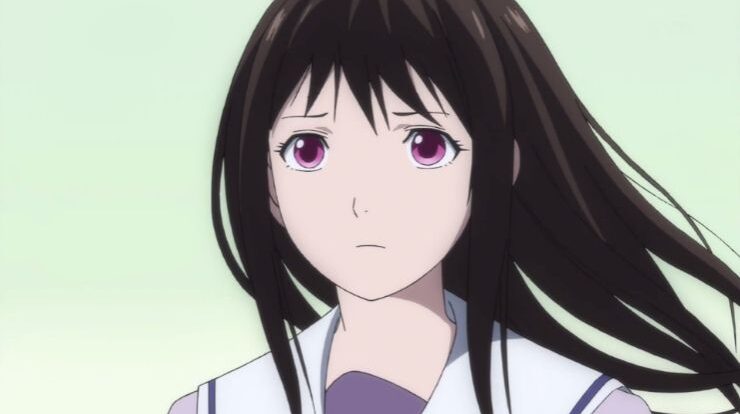 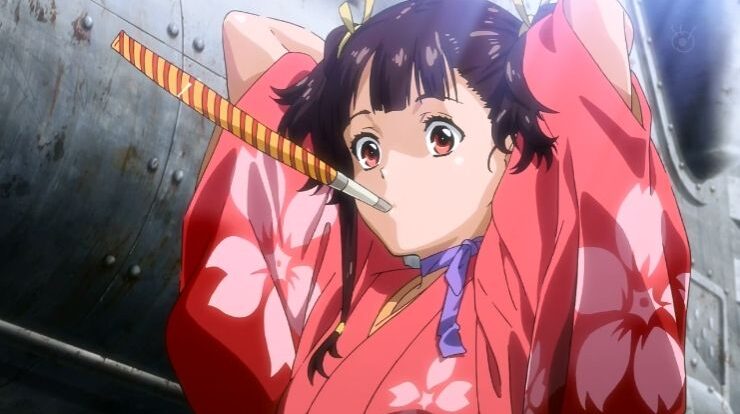 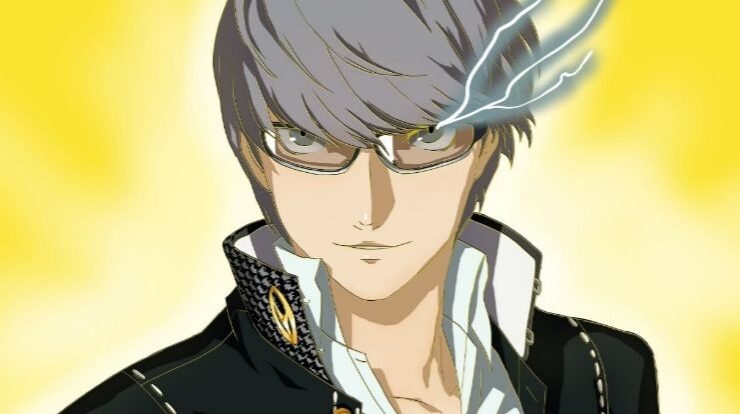 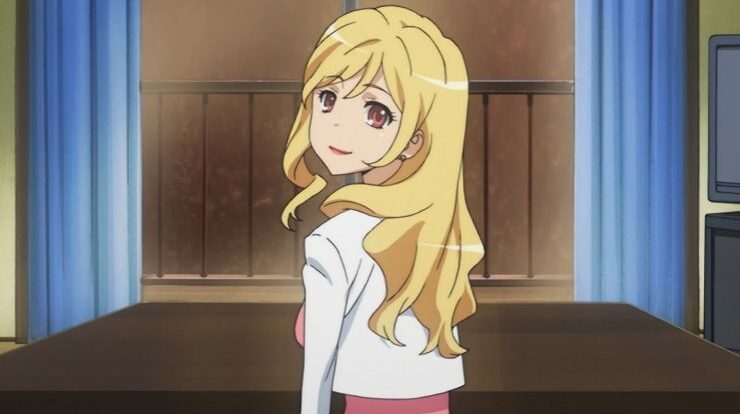