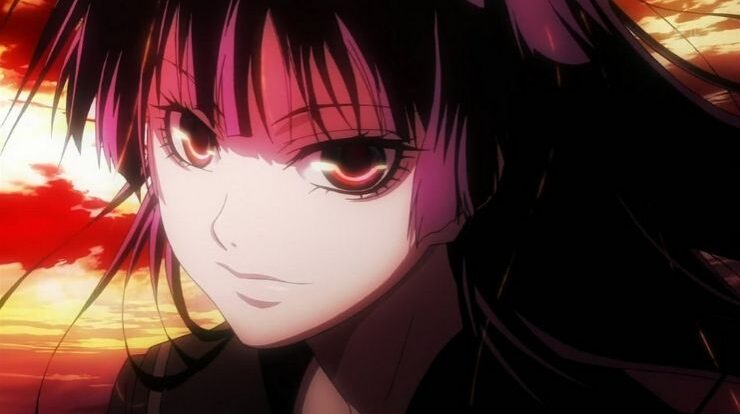 Top 10 Best Kawaii Ghosts in Anime – Hey guys!. In this post, I’ll be discussing a list of Top 10 Best Kawaii Ghosts in Anime. Those who have died will definitely have a life of their own after death. However, in some cases there are spirits who cannot calm down and always haunt people who are still alive. In some movies, ghosts are always depicted as a horrible creature. But it won’t happen in anime because ghosts in anime can be so cute or let say very kawaii. Today, I’ll give you the list of kawaii ghosts in anime. So, let’s get started.

Furude called herself a demon who became a goddess after she was sacrificed at the Wataganashi ceremony hundreds of years ago to atone for the sins of others. Her past life was full of mystery. This anime is the flashbacks anime in a story full of mystery. Hanyu can change her form, first appearance was she being a Loli Girl and the second was a form that can be seen physically in a subtle way, yet she can become transparent.

Mayoi is a ghost in the form of a Loli Girl, she was said to have died in a traffic accident while trying to reach her mother’s house. Since that day, she always haunted everyone who wants to go home. As a Loli Girl, Mayoi has long black hair tied, and the characteristic of her outfit was wearing an elementary school uniform complete with the school bag.

Sayo is the first student of class 2/3-A, she is the ghost of a poor and gentle former student. She sometimes accompanied by a pair of Hitodama which is like a ball of spirits that hover in the sky. If you look at the past of Sayo who died because of the victims of a serial murder, the ghost should be more terrifying than her appearance now. However, because she was dead for so long, she lost her memory of the murder. Also, Sayo is not interested in remembering the events related to his death.

Kuroha is described as a ghost who has long hair with a few bangs down. Apart from her appearance as a kawaii ghost, Kuroha also has several ghost abilities, including the Poltergeist and Apport, which she usually used to perform her duties; such as cleaning the office and preparing the tea. Kuroha also didn’t remember anything about her existence before her death except for her name.

Hiyori is basically a half-ghost human that the spirit can enter and exit freely into her own body, but there is a time limit. When Hiyori leave her body, she will have a rope like a tail which is basically something that connects her spirit and body when she is apart from her own body. Hiyori is a very kind and brave girl who will work hard even for strangers. In her spirit form, Hiyori also has extraordinary strength, plus the martial arts that she learned can fight quite strong ghosts.

Oshizu is a girl ghost who died in the school building that was abandoned 400 years ago. Since her encounter with the main character Rito, she started going out and venturing out of the old school building. Oshizu also has the ability to feel people’s feelings by possessing the target body. Besides being beautiful, Oshizu is also kind and sincere. Even so, she comes from the era of hell, the time when Oshizu was still alive, there was a drought and many people were hungry. However, the cause of her death was unknown because at that time medical science hasn’t exist yet.

Like the others, Nanana was originally a human who became a murder victim by being stabbed in the back, at her own apartment room. That’s why she became a haunting ghost. When she died, Nanana still looked like a teenage girl who had long lavender hair. It can be said that Nanana was one of the founders of the Nanae island, which is reportedly worth trillions of yen.

She is a girl spirit who died inside the old Seikyou academy building. It is said that she lost her memory and became a wandering spirit who could not escape the Seikyou academy until she met Teiichi Niiya. Through Teiichi’s help, Yuko tried to find her memories back. Also, they try to figure out many mysteries and ghost stories in Seikyou academy. Yuuko is described as a teenage girl who has a beautiful face and has a slender body and always wears a school uniform when she was still alive.

2. Yuuna Yunohana From Yuuna and the Haunted Hot Springs

In the story, Yuuna is a ghost with the appearance of a high school girl who is still a teenager with her white hair and red eyes. She also often wears a hot spring yukata that shows off his curve. Yuuna’s clothes is actually a part of her spiritual body, so that she can change her appearance whatever she wants. Just like other ghosts who become vengeful spirit, she also forgot how she was killed and when it happened. As a beautiful ghost, Yuuna’s ghost power is said to be very strong. Her spirit power is equivalent to that of a god.

1. Menma From Anohana: The Flower We Saw That Day

Menma or Meiko Honma is one of the protagonists in this anime. She was originally a human, but she appeared as a spirit because of Jinta Yadomi and her friends’ wishes that must be fulfilled. Menma was a 10-year-old loli, before she died in an accident. If the accident happened in 5 or 7 years, Menma would definitely become a beautiful ghost girl.

That is it from today’s post on Top 10 Best Kawaii Ghosts in Anime. If you do not agree with the points in the post and have some of your own opinions, share them with us in the comments section down below. Keep visiting Animesoulking for more information about Anime and Manga.

Chandan is the writer of “Top 10 Best Kawaii Ghosts in Anime”. Also, Connect with me on youtube and Facebook.