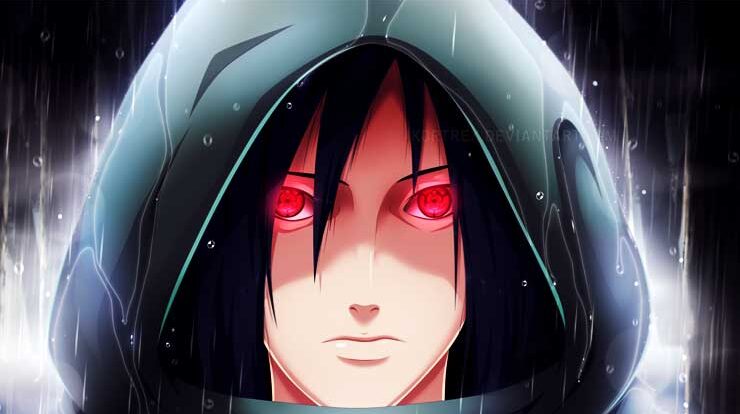 For a majority of the series, Kakashi was in possession of Obito’s dojutsu. Despite not being an uchiha, Kakashi could use it as though it were his and the only things that held him back were his low chakra reserves and stamina. He even awakened the Mangekyo which allowed him to use kamui for warping targets including fast moving objects into kamui’s dimensions. Unlike any other sharingan user, the sharingan allowed him to copy over 1000 jutsu and played a big part in him mastering all five basic nature transformation.

Danzo benefited from having several sharingan dojutsu at his disposal, one of which included Shisui’s Mangekyo. Due to having many eyes, he was capable of casting the Izanagi several times and with hashirama’s cells amping his body, it didn’t pose too much of a problem on him physically. He could also use Kotoamatsukami, granted by Shisui’s Mangekyo, but he didn’t actually use it because he was saving it to use on Tobi. With such broken abilities at his disposal, he gave Sasuke a tough battle despite losing in the end.

Shisui is among the best Sharingan users of all time. His mastery over the dojutsu was so good that, his most basic techniques could easily trap other powerful users of the Sharingan, like Danzo, forcing the latter to resort to using Izanagi. His most lethal technique however was the Kotoamatsukami, a lethal genjutsu technique that allowed him to enter a person’s mind and manipulate them by giving them false experiences, making it seem as if they were doing things on their own free will with the victim not even aware they are being controlled.

Itachi awakened his Sharingan at a very young age, being one of the youngest in the clan’s history to do so. With the Sharingan he could perform Izanami, a counterpart to the Izanagi and could also cast basic genjutsu by simply pointing his finger at you. The Mangekyo Sharingan granted him so many abilities unlike any other Sharingan. First it gave him the very powerful genjutsu Tsukuyomi, the Amaterasu, the pinnacle of fire style, a unique Susanoo that comes with a set of weapons: The yata mirror for deflecting all attacks and the totsuka blade for sealing.

Obito possesses possibly the most broken dojutsu technique in the series. Throughout the series, he only had one of his 2 doujutsu. However, he was consistently among the strongest in the series mainly due to the said technique “Kamui”. In the war, after acquiring Madara’s Rinnegan from Nagato, he was able to create his own six paths of pain using the dead jinchuriki and together with kamui, he was very powerful and could take on multiple high level opponents at once. He only had both Mangekyo for a short time at the end of the war and we know how powerful he could’ve been if had both form the start.

Nagato used Madara’s Rinnegan longer than anyone including Madara himself. Despite not being the original owner, he was still capable of using all its techniques “The Six Paths Techniques” as well as summoning the Gedo Mazo and using Rinne Rebirth to revive dead shinobi. The only ability he was incapable of using was Madara’s very own unique ability “Limbo”. Due to his skill Rinnegan, even though they weren’t his, he is up there among the best dojutsu users in the series.

Madara was also a very powerful Sharingan user and due to his powerful chakra he could use Perfect Susanoo upon awakening the Eternal Mangekyo Sharingan, not even Sasuke could do this. Before dying he awakened 2 Rinnegan, which he gave to Nagato. After the revival in the war, he retrived them and was seen using the abilities; could summon the Gedo Mazo, use chibaku tensei, preta path, use the chakra receivers as well as his own unique Rinnegan ability “Limbo”, invisible clones that could only be detected by Six Paths Senjutsu and Rinnegan users and these clones were capable of doing everything his original body was capable of.

Sasuke was also an adept Sharingan user and continued to get better throughout. With Itachi’s eye he awakened the Eternal Mangekyo, which made him powerful enough to battle alongside Naruto against 10 tails Obito. Upon meeting the Sage of Six Paths, he awakened a unique 6-Tomoe Rinnegan which allowed him to use both his Sharingan and Rinnegan abilities; he could use preta path, chibaku tensei, Bansho Tenin, Rinnegan genjutsu and was capable of absorbing tailed beasts chakra into his Susanoo. The Rinnegan also gave him access to Amenotejikara for teleportation and by adulthood he can open portals and travel between dimensions.

That is it from today’s post on Top 8 Dojutsu Users in Naruto. If you do not agree with the points in the post and have some of your own opinions, share them with us in the comments section down below. Keep visiting Animesoulking for more information about Anime and Manga.

Chandan is the writer of “Top 8 Dojutsu Users in Naruto”. Also, Connect with me on youtube and Facebook.