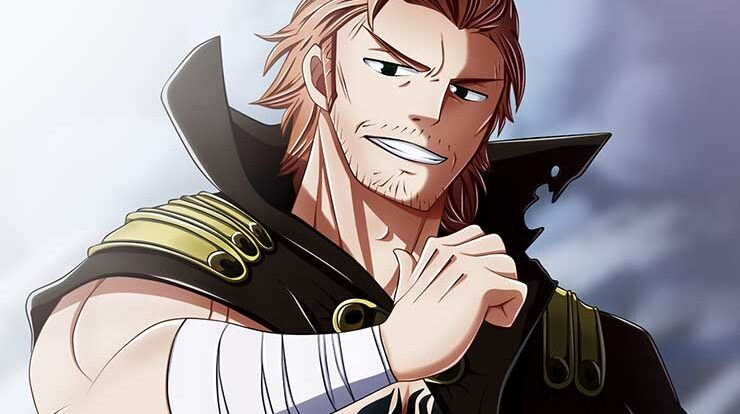 Natsu possess a high degree of strength as he was able to overpower sting and rogue alone while they were in dragon force with his pure physical strength. In alvarez empire arc he able to move under bluenote stinger’s gravitational field comfortably and also one shot the enchanted neinhart one of the member of spriggan 12.

Gildarts is the strongest in fairy tail guild in terms of physical strength. He has shown to be extremely strong as he casually threw natsu with one hand and able to move bluenote stinger’s gravitational field. In alvarez empire arc he destroyed the entire kardia cathedral while attacking august with a single punch.

Despite in old age august (Wizard King) has demonstrated incredible physical strength. During his fight with gildarts he was able to block his attacks which is capable of destroying kardia cathedral and then sending gildarts flying a considerable distance with a single punch.

Acnologia holds tremendous strength even in his human form, as he was able to kill god serena (Former first wizard saint) with a single bare hand alone in the blink of an eye. He was physically even more powerful in his dragon form.

That is it from today’s post on Top 5 Fairy Tail Characters Who Possess Immense Strength. If you do not agree with the points in the post and have some of your own opinions, share them with us in the comments section down below. Keep visiting Animesoulking for more information about Anime and Manga.

Chandan is the writer of “Top 5 Fairy Tail Characters Who Possess Immense Strength”. Also, Connect with me on youtube.