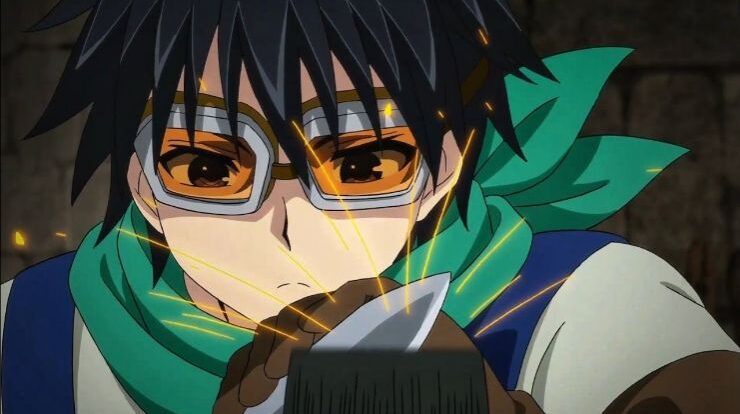 Top 5 Best Upcoming Summer Anime 2021 – Hey guys!. In this post, I’ll be discussing a list of Top 5 Best Upcoming Summer Anime 2021. The Anime Spring 2021 will soon be finished and welcome to the Summer. Not only some new animes released in summer 2021, but there are also several anime sequels that get new seasons as the continuation of the previous season. This is the list of Anime sequels that will air in summer 2021. So, let’s get started.

100-man no Inochi no Ue ni Ore wa Tatteiru is the 2nd season of the anime I’m standing on a Million Lives, which aired in fall 2020. Adapted from the Japanese manga series written by Naoki Yamakawa and illustrated by Akinari Nao, the series began serialization in Kodansha’s shonen manga magazine: Bessatsu Shōnen Magazine since June 2016 and has been collected in twelve tankōbon volumes. In this 2nd season, Yuusuke Yotsuya and his friends continue their journey, that they are mysteriously transported to an unknown strange world that contains various mythological creatures. They must survive in a world they have never known before with various adventures they faced in order to completing various missions and random quests.

Higurashi no Naku Koro ni Sotsu also known as Higurashi: When They Cry – SOTSU is one of the anime sequels that will air in summer 2021. It was already very famous for its gore action with full of mystery. Higurashi no Naku Koro ni Sotsu was back and becomes the sequel to Higurashi: When They Cry – Gou which aired in fall 2020. The Higurashi franchise is an anime series adapted from the visual novel series produced by 7th Expansion which consists of the first two entries of the “When They Cry franchise”.

3. My Next Life as a Villainess: All Routes Lead to Doom! X

Otome Game no Hametsu Flag shika Nai Akuyaku Reijou ni Tensei shiteshimatta… X is the 2nd season of My Next Life as a Villainess: All Routes Lead to Doom! which aired in spring 2020. It is an adaptation of a Japanese light novel series written by Satoru Yamaguchi and illustrated by Nami Hidaka. Katarina Claes, the young daughter of a noble family, hit her head one day and somehow she regained her memories of the past life as she being an otaku. It was then that she realized that she had been reborn into the world of the otome game Fortune Lover, reincarnated as a game villain, where regardless of what route the player took in the original game, she was destined to be exiled or killed. Therefore in order to avoid the various routes that could kill her, Katarina must take various forms of prevention in order to survive.

Kobayashi-san Chi no Maid Dragon S is the 2nd season of the anime Miss Kobayashi’s Dragon Maid which aired in winter 2017. After a long wait, finally this anime will get a 2nd season in summer 2021 which will be produced by the Kyoto Animation studio. Adapted from a Japanese manga series written and illustrated by Coolkyousinnjya. This anime will continue the adventures of Dragon Maid along with a human master named Kobayashi, which will be filled with daily activities and absurd comedy.

Actually, Tensei shitara Slime Datta Ken 2nd Season Part 2 is the 2nd part of the Tenshura season 2, as the first part of the 2nd season aired in winter 2021, and it doesn’t take long, the continuation of this anime will air in summer 2021. It is adapted from a fantasy light novel written by written by Fuse, and illustrated by Mitz Vah. In this 2nd part, Rimuru’s story will move on when he successfully evolves into a Demon Lord, and becomes a newly born Demon Lord.

That is it from today’s post on Top 5 Best Upcoming Summer Anime 2021. If you do not agree with the points in the post and have some of your own opinions, share them with us in the comments section down below. Keep visiting Animesoulking for more information about Anime and Manga.

Chandan is the writer of “Top 5 Best Upcoming Summer Anime 2021”. Also, Connect with me on youtube and Facebook.