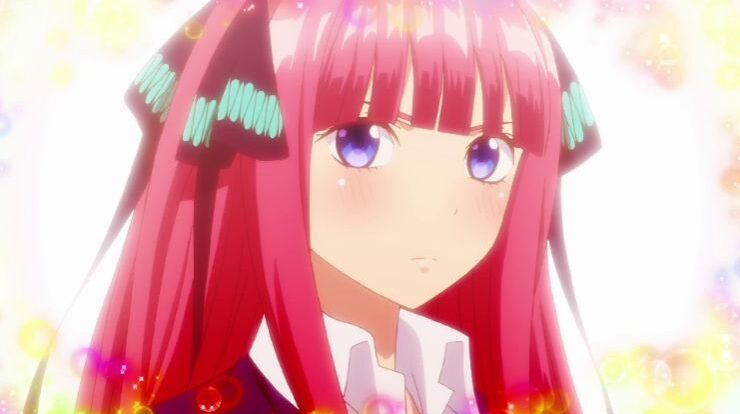 Top 10 Best Tsundere Anime Girls – Hey guys!. In this post, I’ll be discussing a list of Top 10 Best Tsundere Anime Girls. The term tsundere comes from two words, they are Tsu which means hard outer skin and Dere which means the gentle part. So that, Tsundere means a character that looks hard and fierce in the outside, but has a soft heart inside. When these tsundere characters are praised they usually cover their shyness by saying insulting words. However, I found it kawaii, how about you? This time, we will continue to discuss about Best Tsundere Girl Character in Anime. So, let’s get started.

Kyou is one of the characters in the anime Clannad who is a brave and sometimes aggressive girl, also sometimes she says dirty words out of her mouth. She can be assertive and can often be counted on. She is also the type of character who never gets bored and always has something to talk about. Despite having a lot of energy and expressiveness, Kyou is too shy to approach Tomoya Ozaki. Her tsundere personality is even more popular among the girls than boys.

Kaname is the daughter of a government official who spent most of her life in Japan and the United States. That’s why she has a very open personality and sometimes mixed the culture between Japanese and American culture. Having feeling of loneliness and discomfort makes her a hot-tempered and easy-to-get-angry character to cover herself up. In the beginning, everything was smooth until a transfer student named Sousuke Sagara arrived, but because of her tsundere nature, Chidori often misunderstood with her indistinct anger.

Chris was originally an antagonist who worked under the main villain, Fine. Then Chris moves over to the Protagonist side and collaborates against Fine. In the beginning, Chris was a tough and aggressive who didn’t trust people, but slowly, Chris changed, although sometimes she was still rude. She has become a person who is more gentle, open and honest with herself, she has turned into a character who is easily embarrassed and a bit unable to adjust herself socially.

Aya is one of the main characters in the Kin-iro Mosaic anime. She is known as the type of girl who is quite shy and easily embarrassed, looks quite awkward and cannot express her true feelings. In the anime, Aya’s including girls who are serious and rarely act silly like the others. She is a kind and honest person, except when she is dealing with Yoko whom she likes, her tsundere nature will naturally come out.

Himeko is the vice president of the ‘Student Cultural Society’ and a classmate of Taichi and Iori. She is the type of person who is very good at gathering information and as a result, she knows a lot of detailed information about her club members. Although she is a calm girl, Himeko has a hard time handling clumsy situations and doesn’t like things beyond her control. Having an irritable attitude, she tends to use vulgar and sometimes masculine language to maintain a strong appearance.

5. Nanami Aoyama From The Pet Girl of Sakurasou

Nanami is one of the residents in Sakura’s dormitory, room number 203 to be exact. She has a face that looks stern and like an outstanding student, which basically means that she is a girl who is diligent and hard-working. But sometimes, Nanami does something too much, especially when she is determined to work, which actually bad for herself. Nanami is also a hardcore Tsundere, especially when being confronted and argued with Sorata, the man Nanami secretly loves.

4. Nene Odagiri From Yamada-kun and the Seven Witches

With a very beautiful appearance, Nene is the treasurer of the student council and one of the 7 witches in this series. She is often arrogant and bossy. Having a tsundere personality, Nene is often seen yelling at people. It’s proven by her high self-esteem in what she does. But since she encountered Yamada, her tsundere character developed even bigger. And surprisingly, her personality has become softer and always puts the interests of others ahead of herself.

3. Emi Yusa From The Devil is a Part-Timer!

Emi is a heroine and one of the main characters in this series. After following the Demon King to earth, Emi is trapped in the human world and lives as a human and makes herself forced to work at the Call Center to finance her life while on earth. In the earth, she met Maou in human form, which turned out that he also worked as a waiter at a fast food restaurant. Emi or by her human name Emilia, was a person who hated Maou and intended to take revenge because he has destroyed her family. But as time passed, Emi’s hatred and anger had clearly disappeared and she often showed embarrassment by arguing with Maou.

2. Nino Nakano From The Quintessential Quintuplets

Nino is one of the main characters in this series and the second sister of the Nakano 5 Twins. Nino usually acts as the mother of the family, cooking for them and always taking care of their health. In the beginning of this animes, Nino is the person who always rejects and rebels against Fuutarou. Despite having a sharp tongue, Nino is friendly and has many friends. Also, even though she looks rough, she is the type of person who really likes romance, as evidenced by her interest in romantic films.

She belongs to the art club 2G class student, and has a secret as a doujinshi artist. Apart from being a very wealthy person, Eriri was also known as a very beautiful girl at Toyogasaki Middle School. She is considered an idol without knowing her true self which is actually a hardcore otaku. It’s obvious that Eriri is the hardcore tsundere type character, which makes her easily embarrassed and blushed, especially when dealing with Tomoya. She tried to hide her feelings even though from the looks of her behavior it was clear that she loved Tomoya.

That is it from today’s post on Top 10 Best Tsundere Anime Girls. If you do not agree with the points in the post and have some of your own opinions, share them with us in the comments section down below. Keep visiting Animesoulking for more information about Anime and Manga.

Chandan is the writer of “Top 10 Best Tsundere Anime Girls”. Also, Connect with me on youtube and Facebook.