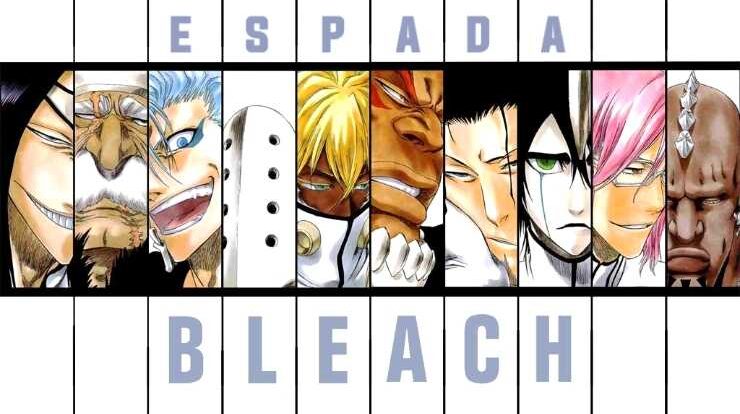 Top 10 Best Anime Villain Groups – While the focal point of every anime and the most loved character in the show is the protagonist. The antagonists are those that often make or break the story. In order for us to get involved with the story there needs to be a challenge and a threat and usually these challenges come in the form of antagonist groups. Sometimes these groups come and go in one arc and sometimes they’re a looming threat like a storm in a distance that we know the main character is gonna have to face one day. Here’s a list of the top 10 best anime villain groups.

This group’s one of the four pirate crews that rule the open waters of the new world. Founded and led by the yonko charlotte linlin aka big mom. Big mom pirate uses whole cake Island as their base of operations. Almost all of Big Momma’s pirates are big moms sons and daughters. Considering how many children she has we’re not really sure where the big mom’s fat or she’s just continuously pregnant. She has 85 children who she uses as pawns often engaging in political marriages for growing her power and achieving her goal of becoming the Pirate King. Big mom Pirates acts less like a pirate crew and more like a small country with ministers and mayors some of the strongest big mom pirates are the sweet commanders cracker, smoothie, katakuri, daifuku, oven and many other notable fighters tactician.

Aogiri Tree is a terrorist organization founded by Eto Yoshimura. It’s believed to be governed by the mysterious one-eyed King a figure surrounded by speculation and seen and unknown to most except for a few of the Aogiri members. Eto often acts behind the scenes but Tatara a direct subordinate of the King has served as the operational leader. The Aogiri are united with the goal of making ghouls the dominant species. Eto has stated that the organization has thousands of ghouls in their ranks the majority being B rated or below the upper chain of command consists of many S rank ghouls or higher like Misa, Ayato, Tatara and Naki.

The Kiheitai was primarily made of young men who wanted to participate in the war. After the samurai lost the war many of the Kiheitai members were captured and executed in a post-war purge by the bakufu. This was done in an attempt to eliminate threats and secure their rule but in doing so they motivated the Kiheitai to become more extreme and dedicated to their cause of overthrowing bakufu. The leader and founder of Kiheitai is Takasugi Shinsuke, a wanted, fugitive, rebel and fierce samurai. His fight against kintoki is surely one of the best fights you’ll see in Shonen anime.

7. League of Villains (My Hero Academia)

Founded by All Might arch-nemesis All For One the league of villains is the largest criminal organization we know in the my hero academia world. Today it’s led by Tamora shigaraki and its goal is to top off hero society by destroying the symbol of peace All Might. While tomorrow acts as an impulsive child who wants to destroy for the sake of destroying his right-hand man Kurogiri who has a calm and rational demeanour is a perfect counterbalance. A major asset to their power is the artificial Nomu’s that awful one has created and filled with quirks. Exactly how many Nomu’s they have is unknown, but the fact that a Nomu who can stand their ground against the most powerful hero All Might is the hint of the power that the League of villains have.

It’s interesting how in this show the good guys are the seven deadly sins and the bad guys are the ten holy Commandments. This group is an elite group of the ten strongest warriors amongst the demon clan, handpicked by the demon king himself. He created the Ten Commandments to help him rule over the demon realm. He split his power to share with his subjects making sure his position isn’t in jeopardy by giving all of the power to a single individual, but instead dividing it amongst ten fragments. Each member possesses a unique power gifted to them by the demon king called a commandment, which casts a curse on someone that breaks a rule of their commandment such as Galan’s truth ability which turns anyone who lies into stone.

Shishio was a former assassin who served the government but after the government attempted to assassinate him, he would go into hiding slowly amassing power and forming his own revolutionary militia to topple the government. As the head of the militia he assembled a group of elite warriors the Juppongatana translating into 10 swords. The Warriors in the ranks of this group are considered some of the most powerful warriors in all of Japan. Although their ranks are distorted and their fighting styles differ, they’re all glued together with their resentment for the Meiji government and their admiration for a Shishio.

Homunculi in the FMA world are regarded as a sort of a myth. The concept is known to every Alchemist but no one’s ever managed to come close to making one. There are seven homunculus each named after the original sin and somewhere on them within them exists a philosopher’s stone, that would allow them to transmute seemingly without obeying the basic law of alchemy to obtain something of equal value has to be given. Each of the homunculi are beings of unique immense power in each with a personality built around the sin they embody killing any of them is a very hard task that requires an insane amount of planning and skill because the only way to kill one of them is to drain the Philosopher’s Stone within them of all of its power.

The Espada consists of the top-ranking arrancars that rule all other arrancars. Arrancars are a type of hollow that gained strength similar to that of a shinigami by removing their masks, some removing the mask by themselves and some through aizen’s experimentation. The Espada’s are equal in power with that of the captains of the Gotei 13. All Espada’s are ranked according to their power, there’s a tattoo on each of their bodies representing their rank among the Espada’s. For many, the introduction of The Espada in the subsequent arc was one of the highlights of the bleach series and one of the best arcs next to the soul society. One mostly thanks to the charisma of the Espada’s themselves and the epic battles they had with the captains and ichigo.

Originally founded during the third shinobi Wars by Yahiko, Nagato and Konan three orphans of the second shinobi war. knowing the pain the war brought them they formed Akatsuki with the goal of bringing peace to their home country. The Akatsuki collected the tailed beasts as a path towards world peace by putting everyone in a dreamlike state of infinite tsukuyomi. Akatsuki’s members are all s-class ninjas some of the other notable members are Kisame, Deidara, Hidan, Sasori and Itachi Uchiha who was a teenager slayed his entire Uchiha clan which is an accomplishment.

Founded in the meteor city, the junkyard of the world. The Phantom trooper infamous in the world of Hunter x Hunter for their strength and ruthlessness. The group is made of formidable Nen users. The leader of the Phantom troupe is Chrollo Lucilfer, Considered by many as one of the strongest characters in Hunter x Hunter. His intellect, fighting skill and a complete lack of fear of death in combination with his unique overpowered ability that allows him to steal and use other nin uses ability which he collects in his book make him incredibly strong. We don’t know how many he’s stolen but that book does seem pretty thick.The Phantom Tropue limits their love and affection to within the group. The rest of the world sees another side of them the cold-blooded criminal side, they have a complete disregard for life and morals. Among their crimes the one we know most intimately is the massacre of Kurapika clan the kurta clan for the sake of the dark market value of the scarlet eyes and if someone wants to join the Phantom troupe the procedure is very simple just kill one of the existing members.

That is it from today’s post on Top 10 Best Anime Villain Groups. If you do not agree with the points in the post and have some of your own opinions, share them with us in the comments section down below. Keep visiting Animesoulking for more information about Anime and Manga.

Chandan is the writer of “Top 10 Best Anime Villain Groups”. Also, Connect with me on youtube and Facebook.