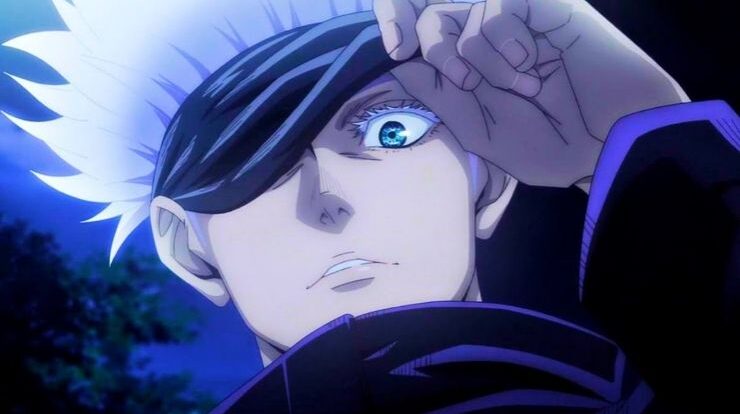 After about 4 years of waiting, season 2 of the anime Re:Zero that has been awaited finally appears, although the number of episodes is not as many as in the first season. The main character is still centered on Natsuki Subaru, a game-playing NEET who suddenly enters Isekai, where in that world Subaru is cursed to be immortal, as well as Elf Emilia and the sisters Ram and Rem. In season 2, it tells and introduces a new character, a white-haired witch.

“Whoever confesses their love first they lose”, is the principle of the two main characters in this anime. Still the same as the previous sequels, with Shirogane Miyuki being the student council president in an elite Japanese high school, while the student council vice president was Shinomiya Kaguya. However, in their love journey there is no progress because they are hindered by the prestige and dignity of being an elite member of the Student Council.

8. The God of High School

The God of High School, adapted from Manhwa (Korean version of manga comic). Focused on the ‘God Of High School’ martial arts tournament which consists of 3 different racial entities. Including humans is the weakest race, there are also the devil races and angels. Although the weakest, the human race has the power borrowed from the god in the form of ‘Charyeok’, with this power humans are able to match other races. And as a prize the winner, any wish will be granted. The journey started with a 17 year old boy named Jin Mo-Ri who specializes in taekwondo martial arts, where he comes from Korea. During the fight he met Han Dae-Wi the karate expert and Yu Mi-Ra the swordsman, who in the end became a team. Besides the action anime which is very thick, don’t forget the anime also includes comedy spices in it.

Jujutsu Kaisen, an anime that will air in fall 2020, one of the epic anime to conclude in 2020. Tells the story of a boy, Yuuji Itadori, who is very talented in sports, but on his way he prefers the unseen science research club. Long story short, this club finds fragments of the devil Ryoumen sukuna, which will later change the fate of the unseen science research club.

Still the same as the main character of an adventurer named Bell Cranel and the lollipai goddess Hestia. It’s the same as the sequel to its predecessor, which focuses on the main character Bell Cranel, who always aspires to be the strongest knight in the dungeon. In its development after winning the war game that occurred in the previous sequel, finally the level of popularity of Hestia familia increased, the level of the dungeon floor conquest increased rapidly until finally on the 19th floor. In short, amid the exploration of the dungeon Bell Cranel met a monster girl, starting from here the story will begin.

Another ecchi anime from this list, although in this case the ecchi scene is natural and not vulgar, which basically focuses on the action genre. Again and again tells the story of high school student named Kagaya Suuichi with his normal life, until one day he saves his girlfriend who is caught in a fire. Long story short, Suuichi can mysteriously turn into a fur monster in the shape of a dog mascot. Finally, in their development, they are friends even though their character is very different, on the one hand Suuichi has a normal character and on the other hand Clair is very manipulative and cunning to get whatever he wants.

Call it Bofuri, yup this anime is one of the anime that takes a background in the game world, but the background of this anime game occurs using a VR (Virtual Reality) device, this is what distinguishes this anime from other anime. Tells the story of an ordinary teenage girl Kaede Honjou, one day she is sent a VR game device by her friend, Risa Shiramine, to try. The story of Kaede plays it and names the character in the game ‘Maple’, because in the game he doesn’t want to feel damage and pain, he immediately raises all status points for DEF, always like that every time he levels up to the point where maple cannot die, aka immortal. In this game To defeat the immortal dragon to form a guild with his friends all in action comedy that becomes one.

Even though the manga has reached the climax, in the anime series we are still waiting for the deadly duet between Hinata and Kageyama, especially for lovers of this Haikyuu series. Focusing on a teenager who really likes volleyball named Hinata Shouyou. Since childhood he was obsessed with the player with the nickname ‘little giant’ who at that time played for Karasuno High School, from here on he aspired to enter Karasuno High School and follow in the footsteps of his idol since childhood.

Like other anime that has sequels, this time it is still continuing the story from the previous sequels. Focuses on a young man named Yukihira Souma who opened a roadside food shop with his father. Which one day Souma suddenly told his father to attend an elite cooking school. Not only comedy scenes, there are also many ecchi scenes that can be said to be excessive and absurd in this anime. Just curious to watch the anime.

Adapted from the manga by FLipFlops published in 2012. Tells the story of Sudou Kaname, a high school teenager who is dragged into a deadly game called Darwin’s Game. In order to survive, Sudou Kaname is forced to use sigil, a mysterious power that allows the user to do things that are out of the ordinary. Kaname is forced to complete various quests in the game that can threaten the player’s life. Plus some players who aim to kill to get points worth millions of yen, this game of life and death begins.

That is it from today’s post on Top 10 Best Anime 2020 You Must Watch. If you do not agree with the points in the post and have some of your own opinions, share them with us in the comments section down below. Keep visiting Animesoulking for more information about Anime and Manga.

Chandan is the writer of “Top 10 Best Anime 2020 You Must Watch”. Also, Connect with me on youtube and Facebook.