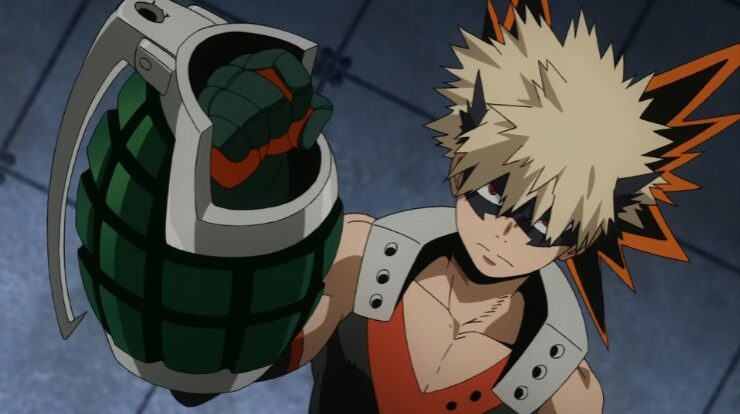 Top 5 Anime Character List With The Best Explosive Power – Hey guys!. In this post, I’ll be discussing a list of Top 5 Anime Character List With The Best Explosive Power. Characters from the anime world have various abilities, ranging from technological abilities to supernatural abilities, those who have this ability are usually set in a fantasy world full of action. Some of these fighting styles have become legends and are one of the more terrifying powers of anime. One of them was explosion, a Technique that emerged from great power. Usually the user of this Explosion Technique has a short temper who doesn’t think of any side effects in the future. Today I’ve picked up the anime characters with the best explosive power. So, let’s get started.

Mr. 5 is introduced as an Officer of the Baraque Works organization and is paired with Miss Valentine. With his distinctive appearance, curly dreadlocks with all brown clothes and always attached sunglasses. Like most other Baroque Works agents, he believes that friendship is a sign of weakness. Even so, he quite respects his partner, Miss Valentine, and doesn’t feel bothered working with her. Much different compared to some other partnerships in the organization, Mr. 3 calls Mr. 5 “stupid” for not being able to maximize the use of strong Bomu Bomu power. Mr. 5 also seems to have temperament. As the owner of the Bomu Bomu no Mi devil fruit power, Mr. 5 is able to turn any body parts into a bomb which is basically the whole body of him is explosive. As an example of a typical attack from Mr. 5 is when he shoots boogers to make a bomb with great destructive power.

Yoshikage is known as a paraphilic and abnormal serial killer with an obsessive-compulsive tendency. The power of his explosion is the result of his Stand called the Killer Queen, a short-haul stand with a unique ability and a clean play which will destroy objects and people with the targeted explosion in the form of a bomb. For example, he can transmute bombs by a touch. Killer Queen Stand can charge any objects with explosive energy, which then transferred to the person he touches. Then it can manually explode the energy with just a movement.

3. Katsuki Bakugo From My Hero Academia

Katsuki is the student of class 1-A at U.A. High School. Training to become a professional hero, he has the nickname Great Explosion Murder God. Katsuki is a rude, arrogant, grumpy and aggressive person. Despite wanting to be a Hero, the overall appearance of him is like that of an Anti-Hero with a problematic behavior since childhood. The overall ability of Katsuki’s Quirk proves to be one of the strongest in his generation. As a temperamental person, his fighting style is an all-out attack using his Quirk boost ability to carry out explosive attack at a very short and powerful distance.

In Naruto’s world, Deidara is known as a runaway ninja from Iwagakure who joins Akatsuki, and makes him the youngest member at the beginning of his joining. As a former shinobi from Iwagakure, Deidara is the student of Onoki with the ability of the explosion element Kekkei Genkai. Using explosive clay, he is able to make a large explosion with only the clay he always carries.

She is an Arch Wizard of the Crimson Demon Clan and the first person to join the Kazuma Party. Megumin is an eccentric girl who shows Chuunibyou tendency. As an arch wizard, she is so obsessed with explosion magic that she even invests her entire status into one explosion spell. Even though the explosion spell consumes all of her energy, she refuses to learn other kind of magic. The magic developed by her is not a joke, it’s in the form of a very destructive explosion and destroys anything within the target’s range.

That is it from today’s post on Top 5 Anime Character List With The Best Explosive Power. If you do not agree with the points in the post and have some of your own opinions, share them with us in the comments section down below. Keep visiting Animesoulking for more information about Anime and Manga.