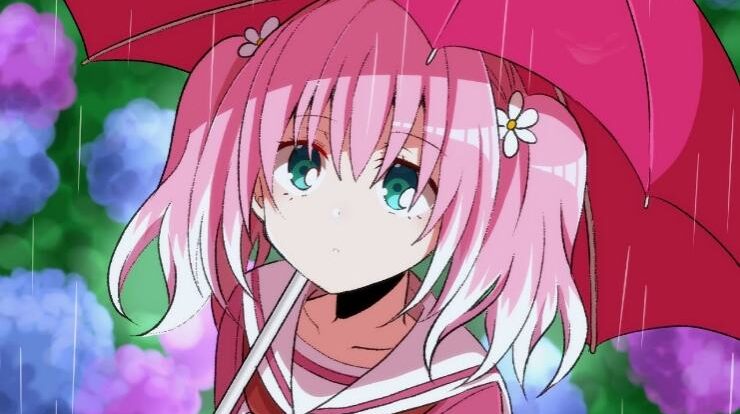 Top 5 Anime Like Talentless Nana – Hey guys!. In this post, I’ll be discussing a list of Top 5 Anime Like Talentless Nana. Talentless Nana itself tells about talented people who are known to have the ability to defy the rules of nature. They are all gathered in one school and trained to become protectors of the earth from monsters known as the Enemy of Humanity. One of them is a student named Nana who does not have any special abilities, Nana tries to defeat the enemy of humanity with her intelligence and manipulation. Today, I’ll give you the list of anime that are similar to Talentless Nana, not only relying on strength, they also use reason and subconscious manipulation. So, let’s get started.

This anime is adapted from the manga by Ryosuke Takeuchi and Hikari Miyoshi and published in 2016 in the manga magazine Jump Square. The story in this anime is set in the 19th century in a kingdom in England, tells of a mathematician named William James Moriarty, he is the young master and family of one of the nobles. However, this big country has a social stratification system that separates the luxurious noble families and the common people who are always oppressed. The character of William himself has been known for a long time in the novel by Arthur Conan Doyle with his work entitled “Sherlock Holmes”. Where he is the mortal enemy of the very genius Sherlock Holmes. In this anime, it shows the story of William himself, where in Sherlock Holmes’ novel, he is an enemy character, exploring how hebecomes the first criminal consultant. If you like mystery, this anime is very suitable to watch, by relying on the mind and subconscious of each character which is full of mystery.

Located at Hope Peak Academy, which is an elite school that only accepts talented students. The students who successfully register and enter this school will receive a unique degree which is different from each student. Of the several prospective students, there is one of them named Makoto Naegi, where he is an ordinary person and does not have any abilities. The story went on and they were accepted and very happy, but this joy was very short. Monokuma, a teddy bear who claims to be the principal trapped them at the school. Their only hope of being free from the school is to kill one of their friends without anyone knowing, but if the killer is caught he will be executed. Here the game of death begins, relying on thought and mystery.

It is an anime that relies on strength as the main point. Boku no Hero Academia is a manga by Kohei Horikoshi, relying on Quirk as the main power. The story sets when humans in the world have super powers, Izuku Midoriya with a weak body is a student who wants to be a hero but because he doesn’t have any strength, he cannot enter the school of heroes. At the beginning of the story, Midoriya is very depressed and gives up in this situation, until one day he meets All Might and his life changes. In terms of the story. It is quite interesting because the emotions that are presented are quite pronounced, where All Might who is the number 1 hero keeps a secret on his strength that he has been hiding. And the backgound from Midoriya itself is very touching, the struggle as a non-ability hero, with the legacy of All Might. In terms of visuals, this anime is quite epic as it highlights the battles between characters that make the aura of action in this anime is very thick.

It is the adaptation of the manga with thesame title, the story of Yakusoku no Neverland itself has a pretty dark background, where in 2045, Emma is an orphan who lives in an orphanage called Grace Field House. Together with Isabella, the orphanage mother and other orphanage friends, they live with great love, without them knowing what Isabella has been hiding so far. In the rules of the orphanage, it is permissible to do anything as long as it does not go out of the exit gate of the orphanage.The fact is that the function of the orphanage is actualy a farm or field to raise human children as food for creatures; a kind of monster. It tells the story of Emma with her friend who tried to escape from the orphanage and their caregiver, Isabella, where basically Isabella is allied with the monster. Shown here, Isabella is a very intelligent person and pays attention to the smallest thing. Behind her friendly figure to the orphanage, she is a manipulative person who will do something to prevent their escaping.

It is an anime about Shinigami or commonly called the god of death. The anime tells about a Shinigami named Ryuk who is bored with his lifestyle and his colleagues who are always the same. Here, Ryuk is described as a Shinigami who can kill humans just by writing anyone’s name in his Death Note. Light Yagami, one of the main characters inthis anime, is told that he once found Ryuk’s death note, which is when humans have it can have powers like a Shinigami. In his ambition to change the world without any evil, Light disguises himself as a god of justice named ‘Kira’, who will kill anyone who does evil. But as the story goes on, the effect of the death note began to make Light or you could say Kira became arrogant and claimed to be a god. Until one day, a man named ‘L’, an international detective from Interpol arrived. L is a pseudonym in which he knows if he uses his real name will be killed by Kira. From here on, the strategic battle between Kira and L begins. In addition to its mystery and thriller genres, this anime relies heavily on the intelligence of each character.

That is it from today’s post on Top 5 Anime Like Talentless Nana. If you do not agree with the points in the post and have some of your own opinions, share them with us in the comments section down below. Keep visiting Animesoulking for more information about Anime and Manga.