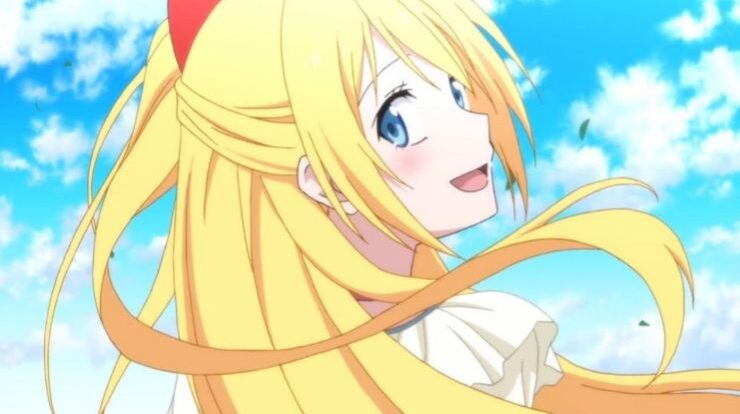 Top 10 Best Blonde Anime Characters Female – Hey guys!. In this post, I’ll be discussing a list of Top 10 Best Blonde Anime Characters Female. Hair is one of the attractive aspects of anime, especially for female characters. Ranging from various colors, pink, black, blonde, to green will decorate and become the hallmark of an anime character. Today, I’ll give you the list of characters with the best blonde hair. So, let’s get started.

Winry is a supporting character who is a childhood friend of Edward Elric and Alphonse Elric. Since childhood, they have been like siblings. Winry is an amateur surgeon and specialist in mechanical repairs, especially in the case of Edward who has a mechanical hand. Despite her tomboyish personality, she is a beautiful young woman with long blonde hair and blue eyes. She is also slender with feminine figure and has a taller body than Edward.

A special ability user, Mai is a second year high school student at Hosea Academy who fights Phantoms, along with her friends as a Phantom Hunter in Team E. Mai is a beautiful girl with straight blonde hair tied up. Her appearance is always feminine that makes her even more adorable. She also has a cheerful and stubborn personality. Mai’s ability is called the Spirit of the Five Elements, that power is based on the philosophy of the five Chinese elements, namely Fire, Water, Earth, Wood and Metal. This ability is required to massage certain body parts associated with its elements.

Tsumugi or commonly called Mugi is a rich person with a soft and sweet personality. In the Ho-kago Tea Time club at her school, Mugi played an important role in the Keyboard position. Mugi is the daughter of one of the company directors, whose family owns several villas in Japan and even outside of Japan. With long blonde hair and sky blue eyes, making Mugi’s figure very cute. Although she is a cute and gentle girl, she is sometimes mesmerized by the sight of the two girls interacting closely together, sometimes imagining something will happen between the two.

In this series, it is told that she is a mysterious vampire girl who acts as a companion to Meme Oshino in the ruins of the Eikou Cram School. She used to be a daughter of a human child named Rola or Laura who was cursed, so that anyone near her would commit suicide. In another series, Monogatari, she can suck blood to turn older. When Shinobu lost most of her vampire powers, she would fall unconscious for a long time.

6. Urara Shiraishi From Yamada-kun to 7-nin no Majo

Shiraishi is one of the witch girls in this anime, with her extraordinary beautiful face and average height that makes her adored by many boys. Before she exchanged bodies with Yamada, she was a very smart student known to be cold and anti-social, because of her intelligence, she was ostracized by other students at school. However, her coldness slowly changes. When she falls and kisses Yamada, in a sudden, their bodies switch unconsciously.

Eriri is a childhood friend of Tomoya, the main character in this anime, who is registered as a class 2G art club student. Eriri herself is one of the prettiest girls in Toyogasaki Middle School. Known as a rich family, Eriri’s father is a British diplomat. As a person from a rich family, she apparently keeps a secret, with the pseudonym Eri Kashiwagi. She participates in doujin activities, this is influenced by her mother who is a Fujoshi and her father who is actually an Otaku. Eriri is described as a cute girl with a small body and blonde hair who is tied with two blue ribbons as her trademark. With light blue eyes and tooth fangs that come out, she looks cuter.

The story is about an office employee who died murdered, and then he was reborn as a demon girl during the world war era. At a young age, she entered the magic division of the empire and was promoted to lieutenant 2. Thanks to her ruthlessness that made her an asset to the empire and became a threat on the battlefield. Described as a little girl with blonde hair and blue eyes, Tanya is a women who is hungry for power, manipulative, and sadistic. Regardless of her age, Tanya has enormous magic power, no wonder she is the only one who can use the Type-95 Elium jewel core. However, to use that power, she must meet certain requirements, one of which is praying to Being X which is described as god.

She’s a former nun who became a demon girl. Asia is a kind and very gentle girl. She has a rare Sacred Gear called Twilight Healing, which becomes her power. This power allows her to heal all wounds for humans, devils, and fallen angels. Described as a beautiful young girl with long blonde hair and green eyes, Asia is shy, innocent and inexperienced in socialization, having spent her entire life living in church. Even though she has become a devil, Asia still believes in God and follows His rules, such as praying and reading the Bible. In fact, her practicing religion will hurt herself and it makes it even funnier.

She is the daughter of Adelt Wogner Kirisaki and Hana Kirisaki. Besides that, she is also a fake girlfriend of Ichijo. Due to the agreement between their parents, Chitoge and Ichijo are forced to become fake girlfriends for the next 3 years of their school life. Chitoge is a white teenage girl and has aqua blue eyes and long blonde hair with red ribbons as her trademark. Despite being physically perfect, Chitoge is a forgetful girl. She is also a whiny girl, seen when she lost his ribbon, Chitoge looks very emotional and sad.

She was a former soldier who enlisted in Leidenschaftlich’s army and fought in the battlefield, where Violet was considered nothing more than a weapon of war. After the war, Violet worked for the Post company. She is described as a very beautiful and attractive young woman, with her almost doll-like appearance, light blue eyes, and long blonde hair. Growing up as a soldier and only as a means of war, Violet’s life story was not educated like the ordinary people. No wonder, she eventually couldn’t understand human feelings. It could be seen when Gilbert Bougainvillea said “I love you” to Violet, but she could not understand the meaning of the message.

That is it from today’s post on Top 10 Best Blonde Anime Characters Female. If you do not agree with the points in the post and have some of your own opinions, share them with us in the comments section down below. Keep visiting Animesoulking for more information about Anime and Manga.

Chandan is the writer of “Top 10 Best Blonde Anime Characters Female”. Also, Connect with me on youtube and Facebook.