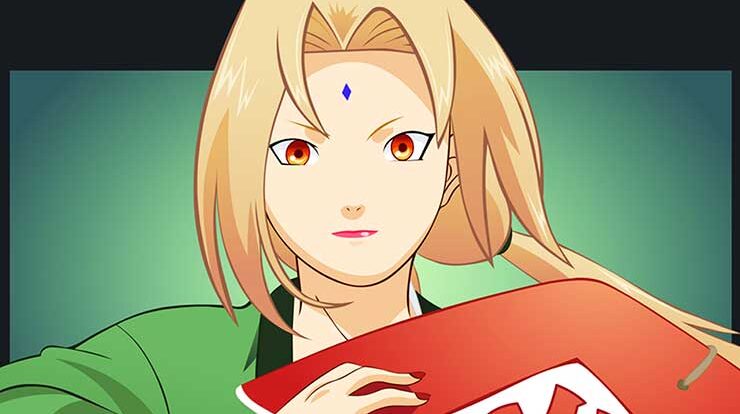 Mei was the 5th mizukage of the hidden mist village. She could use water, earth, lightning and fire release nature transformation and two really powerful kekkei genkai lava release and boil release. While being quite strong, I don’t think she is as strong as the other 4 kage as their performance simply outweighed hers throughout the war.

Gaara become 5th kazekage of the hidden sand village at a young age. His main weapon is his sand and with it he’s always been a force to reckon with. He showed great feats in the war battling and holding his own against reanimated mu and gengetsu with the help from onoki. He was one of the greatest performers at the 4th great ninja war.

A was the fourth raikage of the village hidden in the clouds. He was known for his physical powers and especially for his speed. He was so fast that even sasuke with the mangekyo sharingan could not even track his movements and had to use the susanoo and amaterasu flames to shield himself. He possessed bijuu level chakra reserves.

Tsunade was the 5th hokage of the hidden leaf village and one of the famous legendary sannin. Her physical strength was second to none and with the creation rebirth jutsu she could heal all wounds inflicted upon her. With her chakra, she protected hundreds of hidden leaf shinobi against pain’s assault. During the 5 kage battle against madara, she was the 2nd best performer after onoki.

Onoki was the 3rd tsuchikage of the hidden stone village and he was among the top performers at the 4th great ninja war. What gives him the edge for me against the 4 kage is his ability to levitate and most especially the dust release jutsu “Jinton” capable of destroying madara’s 25 humanoid susanoo’s. Madara considered him the main threat among the 5 of them.

That is it from today’s post on Top Strongest 5 Kage in Fourth Great Ninja War. If you do not agree with the points in the post and have some of your own opinions, share them with us in the comments section down below. Keep visiting Animesoulking for more information about Anime and Manga.

Chandan is the writer of “Top Strongest 5 Kage in Fourth Great Ninja War”. Also, Connect with me on youtube.