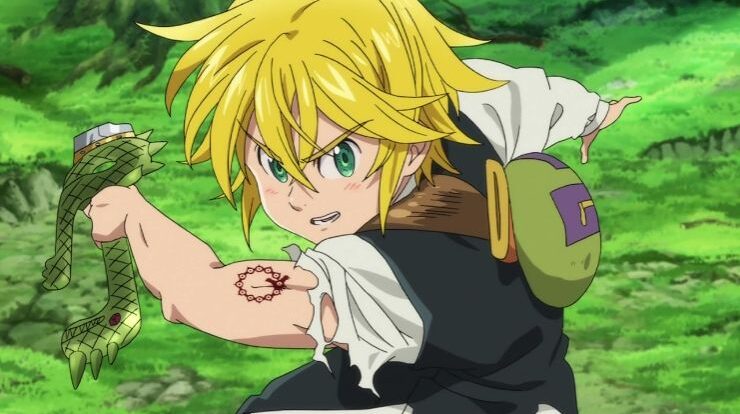 Top 10 Best Old Anime Characters – Hey guys!. In this post, I’ll be discussing a list of Top 10 Best Old Anime Characters. When we watch anime, we are sure to be often deceived by the appearance of these characters, whether it’s from a trap character or even a good character who turns out having a hidden dark side. In some cases of anime, these characters will always be displayed with a young and beautiful face, even though their age has exceeded hundreds or even more than thousands years, that often makes us surprised because of the fact. Today, I’ll give you the list of anime characters with long life. So, let’s get started.

She is 100+ years old. Emilia is a half elf and a candidate to become the 42nd king of Lugnica in the Royal Selection. Looks like a young girl, Emilia is depicted as a very beautiful girl with long silver hair and purplish blue eyes. Who would have thought that this beautiful girl was 100+ years old? Her longevity was also influenced by her race, which was a Half Elf race.

She is 518 years old. Nero herself is actually the servant of Prince Lemiel Silvamillion Clover, the first magic emperor in the world of Black Clover. After sealing the emperor into a stone statue, then Nero sealed herself in the form of a bird. Well, thanks to this magic Nero has lived for more than 500 years. The same as 500 years ago, Nero’s appearance did not change at all with her youthful face. But after using forbidden magic to excess, Nero now has a pair of black horns if she was in human form.

She is 598 years old. Shinobu is a mysterious vampire girl. In the original story, Shinobu was a human daughter named Rola, but one day she was cursed, causing anyone near her to commit suicide. This curse also causes her to be immortal and has lived for more than 500 years. Shown as a young woman with yellow eyes and fangs, Shinobu’s body can also change her appearance depending on the size of her vampire power.

She is 965 years old. Rory is a half-goddess and apostle of Emroy, god of darkness, god of war, and god of death. Looks like a young girl who is a teenager, Rory turns out to be almost 1000 years old. Despite her small stature, Rory is known as ‘Rory the Reaper’. This nickname because she used her spear as a scythe to slaughter. In terms of age, Rory is included in the Youngest Apostle of the Twelve Apostles.

He is over 1000+ years old. One of the characters in the anime Noragami and one of the many gods in this anime. The title of god that Yato possess, made him lived for more than 1000+ years and experienced various ups and downs as a god. Yato has many nicknames as a god, one of which is his nickname in the past as the god of war. But, for the time being, Yato spends his life doing voluntary activities and only wants to be paid 5 yen.

He is 2100 years old. This old man is a former captain of the 1st division in the Gotei 13 and also the captain-commander of the entire Gotei 13. Yamamoto is shown with an old man with long white beard and many scars on his body. Even though Yamamoto is more than 2000 years old, he is also the founder of “Genryu” and the chief instructor at Genji school. Despite being 2000 years old, Yamamoto also has a Zanpakuto named Ryujin Jakka, the most powerful type of fire in the Bleach world.

4. Meliodas From The Seven Deadly Sins

He is 3000+ years old. Meliodas himself is the captain of the Seven Deadly Sins. He is also the older brother of Zeldris and the eldest son of the Demon Lord. Looks like a child, the age of Meliodas has reached 3000+ years, since he is a descendant of a direct demon king. Despite his childlike appearance, Meliodas is relatively muscular. He has a series of well-developed abdominal muscles. Although he’s 3000+ years old, it does not make him gets bored with his life. He likes to tease women, especially Elizabeth.

His age reached 3700+ years. Senku experienced eternal life not because he was a demon or a vampire, it’s because of an incident that turned him into stone. This story begins 3700+ years ago, when a green light appeared and turned everyone on earth to stone. Time has passed, finally Senku can rise up and without aging at all, just like when 3700+ years ago when he was not yet a stone. Because of his intelligence and mind that is always alive, Senku always counts every hour, minute, even second during his time becoming a stone.

2. Jibril From No Game No Life

She is 6407 years old. Jibril is the youngest and strongest of the Flugel race. She has the appearance of a teenage girl and blessed with a slender body although in fact, Jibril’s age is already over 6,000 years old. She still looks like a teenager, especially when she unleashes her final attack that her appearance will return to her loli girl form. Portrayed as a girl with a soft and polite tone, Jibril can also look down on other races a lot more than when she looks down on her own subordinates. The Flugel race itself is the strongest race created by Old Deus Artosh and served under his control until death. In the anime, Jibril is described as the most brutal Flugel race and does not hesitate to kill anyone.

She is 3,402,193,822,311 years old. She is the founder of the Hakoniwa academy and the creator of the Flask Plan. Ajimu is the main antagonist and also the successor of Kurokami Medaka. Having a vague personality makes Ajimu a mysterious character. She is depicted with a very beautiful teenage girl who has dark brown hair. Her appearance as a school girl, wearing a mini skirt and stockings makes people cannot believe that her real age is more than 3 trillion years old.

That is it from today’s post on Top 10 Best Old Anime Characters. If you do not agree with the points in the post and have some of your own opinions, share them with us in the comments section down below. Keep visiting Animesoulking for more information about Anime and Manga.

Chandan is the writer of “Top 10 Best Old Anime Characters”. Also, Connect with me on youtube and Facebook.