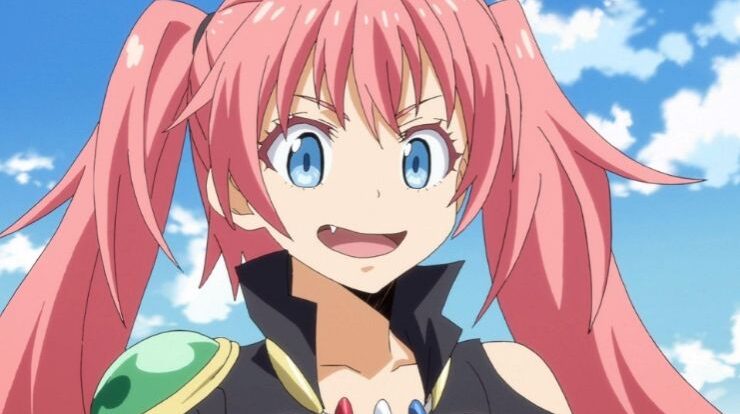 Even though her body is a little girl, Milim is actually a descendant of the Dragonoid race that once existed. Her strength as a Dragonoid race and also a demon lord is said to have reached the Disaster level, so that she can easily destroy everything around her. When it comes to power, Milim is even stronger among all the current Demon Lords.

2. Daughter of the True Dragon

As a dragonoid race, Milim has tremendous power because she is the daughter of the strongest True Dragon of all time, Veldanava. This made Milim a Dragon Child, who inherited her father’s power. It is said that in the world of Tensura, a True Dragon is a Divine Beast Spirit of the highest level, as the strongest being in the world, even superior than a True Demon Lord and a True Hero.

Milim was born to true dragons, Veldanava and Lucia. In her story, Milim never saw the faces of her parents, and her only friend was a pet dragon created by Veldanava with the aim of becoming a vessel for his reincarnation. It is also said that after the death of her pet dragon that was killed by a country targeting her, in anger Milim went on a rampage and destroyed the country and awakened the true demon lord within her.

4. The Demon King Has Brat Traits

Despite being a demon lord and also a dragonoid race, it doesn’t make Milim look mature in terms of thinking. Even so, Milim is a character full of passion and loves to be praised. In another line of demon lords, Milim is also known as a girl who is grumpy and childish. But if someone treats her like a weak person, it will raise her anger. Regardless of her appearance and nature, after all she is part of demon lords that could destroy the earth at any time.

Having pink hair and twintails as well as blue eyes, Milim is described as a very cute and seductive loli girl. Even though she has physical characteristics like a perfect loli, who would have thought that Milim’s age has reached thousands of years. This is influenced by her descent as a dragonoid race which makes her live longer than most other creatures in the world.

That is it from today’s post on Top 5 Fun Facts About Milim Nava. If you do not agree with the points in the post and have some of your own opinions, share them with us in the comments section down below. Keep visiting Animesoulking for more information about Anime and Manga.

Chandan is the writer of “Top 5 Fun Facts About Milim Nava”. Also, Connect with me on youtube and Facebook.