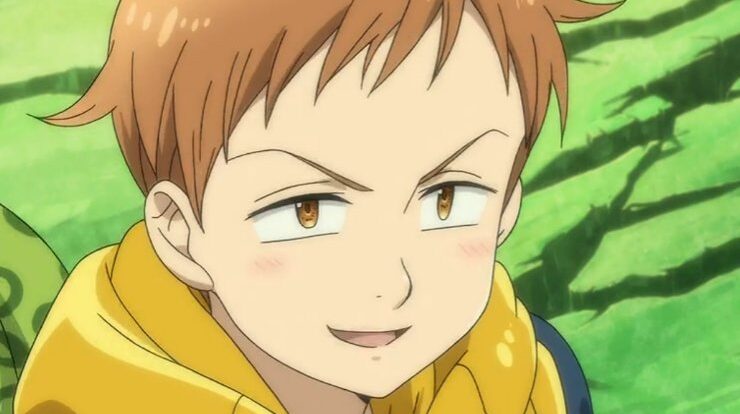 Laki is known as a member of the Fairy Tail Guild. She is a slim girl with average height. She really likes her glasses since she always wears it and becomes the hallmark of her. As part of a magician from the Fairy Tail Guild, she has a magic called Wood-Make, which allows her to create various objects or weapons from wood to be used offensively or defensively. She is also able to make many wooden weapons in an instant to attack large group of enemy. Not only making weapons from wood, she also combines herself with wood to become a stealth.

Kusano is the main protagonist loli in the anime series Sekirei. She is also known as Ki-Chan or commonly called the green girl. Because she was still a child, she could not control her strength, thus making her strength uncontrollable that caused the surrounding plants to grow, especially when she felt happy or sad. Kusano is the smallest and youngest Sekirei in the Minato group. She has the power to control plants, she is able to make it grow at an accelerated rate of enormous proportions, and she would normally use plants to trap and immobilize her opponents without injuring them.

3. King From The Seven Deadly Sins

King is one of the members of the Seven Deadly Sins with the nickname ‘Grizzly’s Sin of Sloth’. He is also the protector of the fairy king forest and fairy realm. The weapon he used was Spirit Spear Chastiefol. Despite the great power he had as a fairy king, actually he had weak physical strength. He has the innate power which is bestowed upon a fairy with the title ‘Fairy King’. His strength called “Disaster” which gives him the authority to rule the forest of the fairy king and allows the king to have complete control over life and death by controlling matter at a molecular level. For example, he can turn a small scratch into a fatal wound that is able to kill his enemies.

2. Kosuke Ueki From The Law of Ueki

Kosuke is a nice guy and will fight for a friend or even a stranger without expecting anything in return. Initially Kosuke did not have any power, until he was given the ability to turn trash into a tree. Even though it was only an ability that sounds trivial, but this brought him to become a celestial being and have many holy weapons he could call anytime.

Hashirama Senju is a member of the Senju clan and is also praised as the “God of Shinobi” because of his unmatched prowess. He is the founder and the first Hokage in Konohagakure. He has a very troublesome personality, especially when meeting new people. To welcome them, he will hold friendly matches, even do gambling. As part of the Senju clan and also one of the reincarnations of Asura Otsutsuki, Hashirama has life power and strong physical energy. These make his chakra very dense and strong.

That is it from today’s post on Top 5 Best Anime Characters With The Best Natural Power. If you do not agree with the points in the post and have some of your own opinions, share them with us in the comments section down below. Keep visiting Animesoulking for more information about Anime and Manga.

Chandan is the writer of “Top 5 Best Anime Characters With The Best Natural Power”. Also, Connect with me on youtube and Facebook.