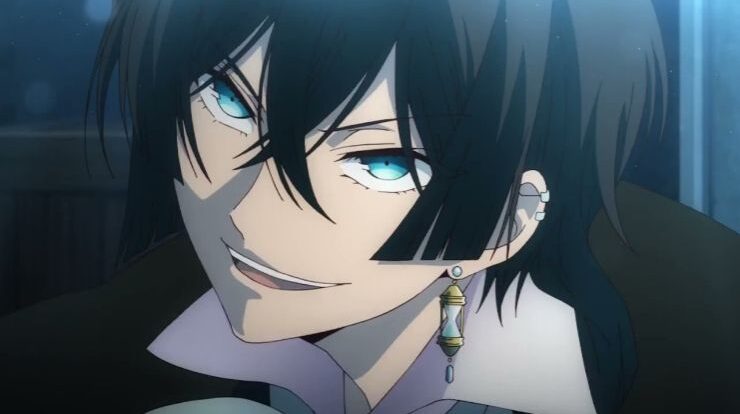 Top 5 Best Upcoming Supernatural Summer Anime List 2021 – Hey guys!. In this post, I’ll be discussing a list of Top 5 Best Upcoming Supernatural Summer Anime List 2021. Supernatural itself refers to something that cannot be explained scientifically, even with today’s technologies many people think that supernatural events are just myths that don’t really happen in reality. However, for some people who experience the supernatural things will say that all of it is real and exist. In the anime, we often see various supernatural experiences that are always associated with lots of things, including magic, and abilities that can no longer accept logically. This is the list of the supernatural anime in summer 2021. So, let’s get started.

Night Head 2041 is a mystery and supernatural anime released in summer 2021. It is an anime adaptation based on the 1992 Japanese television drama series Night Head which sets in the future. The anime television series will be animated by Shirogumi, directed by Takamitsu Hirakawa and written by George Iida, the director of the original drama. The story follows the journey of the Kirihara brothers, who become objects in a scientific facility because of their supernatural abilities. The story will revolve around the Kuroki family who are chasing the Kirihara Brothers that escaped from the facility.

This anime is adapted from the Japanese manga series written by Saizō Harawata and illustrated by Kashiwa Miyako, Deatte 5-byou de Battle will premiere in summer 2021. The manga series has been serialized on Shogakukan’s MangaONE app and Ura Sunday website since August 2015 and has been compiled in six series as well as twelve tankbon volumes in March 2021. The story revolves around Akira Shiroyanagi, a high school student who loves games and Konpeito, a type of Japanese sweets. All of a sudden, Akira is dragged into battle by a mysterious girl who calls herself Mion. Armed with unexpected strength, and coupled with the ability of his brain, Akira is confident that he can get out of this problem.

3. The Case Study of Vanitas

The Case Study of Vanitas or in the Japanese titled Vanitas no Carte, is a vampire anime that will air in summer 2021. This anime is an adaptation of a Japanese manga series written and illustrated by Jun Mochizuki. The story centers on Vanitas, a self-proclaimed vampire doctor who cures them from a malnourishment that causes vampires to act as predators against their will. While healing others, Vanitas must also face threats from various unknown forces that may currently be responsible for several sick vampires.

Airing in summer 2021, Jahy-sama wa Kujikenai! is a comedy and supernatural anime adaptation of a Japanese comedy manga series written and illustrated by Wakame Konbu. The story centers on a figure named Jahy, the number 2 ruler who is greatly feared and respected from the demon realm because of her strength. But, everything changes when one day the Mystic Gem that she has is destroyed. Despite surviving the chaos that ensued, Jahy must lose all her powers and find herself stranded in the human world with an appearance that is far different from her previous self. The story will revolve around the figure of Jahy who must adjust to the new life and face all the problems that she had not experienced before when he was still a powerful demon.

Higurashi no Naku Koro ni Sotsu also known as Higurashi: When They Cry – SOTSU is one of the anime sequels that will air in summer 2021. It was already very famous for its gore action with full of mystery. Higurashi no Naku Koro ni Sotsu was back and becomes the sequel to Higurashi: When They Cry – Gou which aired in fall 2020. The Higurashi franchise is an anime series adapted from the visual novel series produced by 7th Expansion which consists of the first two entries of the “When They Cry franchise”.

That is it from today’s post on Top 5 Best Upcoming Supernatural Summer Anime List 2021. If you do not agree with the points in the post and have some of your own opinions, share them with us in the comments section down below. Keep visiting Animesoulking for more information about Anime and Manga.