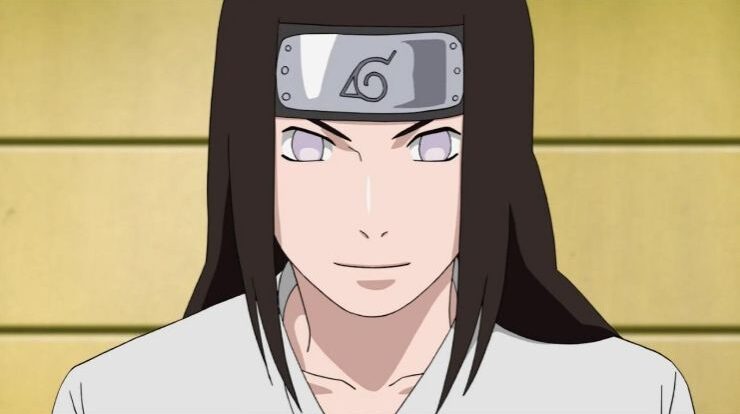 How Strong is Neji Hyuga? | Naruto Shippuden – We will be taking a look at how strong is Neji Hyuga? | Naruto Shippuden. Unfortunately, Neji was killed off too early. We are all aware that Neji never reached his full potential but we will try to gauge how strong he was at the fourth great ninja war since it was the last we saw of him. So, let’s get started.

The fighting style of the Hyuga doesn’t revolve around Ninjutsu and because of this they are generally not very proficient in using Ninjutsu techniques. Neji however could use water, earth and fire release nature transformations. These were his nature transformations even though we never actually saw him using them.

Hyuga possess the Byakugan which while it doesn’t necessary grant them the ability to cast genjutsu, they are able to decipher whether or not genjutsu is being used on them or on others. They do this by using their Byakugan to see the disruption to the flow of chakra. They can also see the buildup of chakra if an opponent attempts to cast genjutsu on them, allowing them to act accordingly.

Taijutsu is the speciality of the Hyuga Clan and is further enhanced by the Byakugan which has a 360 degree field of vision. With the Byakugan, Neji could see individuals chakra pathway systems and the 361 tenketsu that run along it and using the signature Gentle Fist Fighting Style, he could attack an opponent’s chakra system directly, constricting or cutting off their chakra flow from only minimal contact. Neji’s precision, and genral taijutsu prowess made him especially formidable at close range, requiring opponents to keep their distance if they hoped to compete with him. Even at a distance, however, Neji’s Byakugan and keen reflexes made him difficult to hit. His taijutsu was such that he could handle multiple clones from Naruto at the Chunin Exams and in the war was able to easily handle numerous White Zetsu.

Neji’s battle speed (reflexes, reactions) were always impressive which is why he was an incredible Taijutsu user in the first place. His hand movements as with other Hyuga were even more impressive allowing him to use Gentle Fist to strike multiple targets, on either an opponent’s tenketsu to seal several at once or an incoming volley of projectiles. In the war he was able to react to and counter several high speed projectiles from the 10 tails. While Neji’s running speed may not be that impressive, his overall battle speed is up there with the best.

Neji was always referred to as a genius by Naruto. His skills as a natural genius were evident, even by the Hyuga Clan’s high standards. He already mastered most Hyuga Clan techniques at a young age including those restricted only to the main family. Hizashi beleived his talent and potential growth could eventually surpass all other Hyuga, which he succeeded in by the time of Part 2. He graduated from the academy at the top of his class and was the only Konoha 11 member to become a Jounin during the timeskip. He was also a good battle strategist and in most missions was next in line to lead after Shikamaru the chief strategist. He was typically calm even in hectic situations, a quality the Fifth Hokage said made him a good leader.

Neji uses a form of defense known as “Eight Trigrams Palms Revolving Heaven” commonly called; Rotation. It is a secret taijutsu of the Hyuga Clan’s Main House, traditionally only known by the head of the clan and the clan’s heir but Neji was able to master it at a young age. It is an incredible form of defense which the user creates by emitting chakra from all of their body’s tenketsu to block it. They then spin rapidly, repelling the attack away and creating a protective shield for as long as they continue to spin. The greater the force of an attack, the greater the force with which it’s repelled. Neji used it many times in the series to defend himself. An absolute defense stated to be comparable to Gaara’s shield of Sand.

Neji is a Hyuga who are the descendants of Hamura Otsutsuki and they inherited his powerful chakra, so their chakra reserves should be much more than normal. Being able to wield the Byakugan without too many side effects is testament of chakra reserves just enough to do so. Neji has also taken part in drawn out battles, having the chakra to hold out till the end.

A testament to Neji’s stamina was during his battle with Kidomaru. Kidomaru was a Jounin and a user of the curse mark which greatly enhances chakra and stamina. However Neji was capable of taking him on in a very long battle and even after being damaged and wounded, still kept going until he eventually defeated Kidomaru. He also did not show too many signs of exhaustion in the war.

That is Neji’s rating at 17 and we can see he was already one of the best in Taijutsu, among the fastest in battle and was also quite intelligent. If he lived till this point in Boruto, he would certainly have been much more powerful and there’s no doubt his ratings would be higher.

Neji was promoted to Jounin during the timeskip (before Shippuden even began) and he was the only one promoted to Jounin in his class and was certainly deserving. Between this point and the war, he had time to improve even further and it was evident he had in the war. Now taking a look at the various Jounin levels; Asuma, Kurenai, Base Guy, Part 1 Kakashi etc. I believe Neji by the time of the war arc was definitely on the same level and possibly above. I will therefore put him at Elite Jounin to Low Kage Tier.

The strongest person I can see Neji beating is Darui in the war arc. I can also see him beating Zabuza since the Byakugan is a good counter to the mist technique. The weakest person who should beat him is Hidan and quite quickly he lacks knowledge. Old Chiyo should also beat him by using her puppets to overwhelm him.

That is it from today’s post on How Strong is Neji Hyuga? | Naruto Shippuden. If you do not agree with the points in the post and have some of your own opinions, share them with us in the comments section down below. Keep visiting Animesoulking for more information about Anime and Manga.

Chandan is the writer of “How Strong is Neji Hyuga? | Naruto Shippuden”. Also, Connect with me on youtube and Facebook.