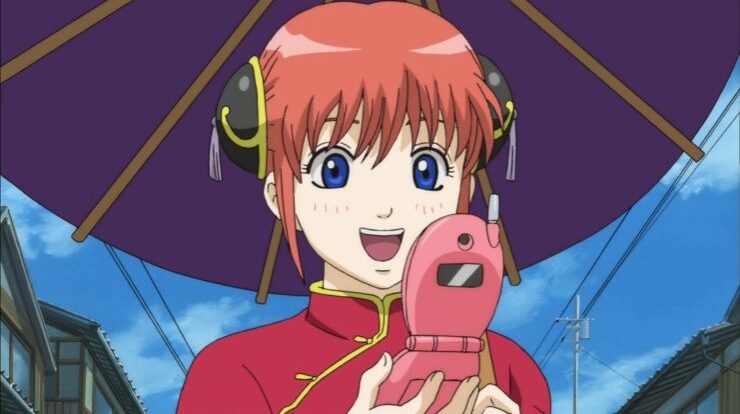 Top 10 Most Absurd Anime Weapons – Hey guys!. In this post, I’ll be discussing a list of Top 10 Most Absurd Anime Weapons. In every action anime with many battle scenes, there will definitely be epic weapons to defeat their opponents, for example, a golden sword and even a sword that has magic energy. But not all weapons are normal, there are even several types of weapons in the anime, that are strange and absurd to be called weapons. Today I’ll give you the list of the most absurd weapons in the anime. So, let’s get started.

Who would have thought a camera could kill people? In the world of Speed ​​Grapher, the camera is used as a deadly weapon. It’s better known as the Saiga camera since the owner is Tatsumi Saiga. This camera can make the person who is the object of the photo explode, thanks to its special feature. Just press the button and take a picture and BOOM! The object will explode. This series has already used the functionality of the device by innovating through different lenses and enabling all kinds of attacks.

Besides protecting Kagura from the heat of the sun, this umbrella is also used as a deadly weapon. For example, it can be used to stab and can be turned into a firearm. For your information, Kagura uses an umbrella because she is one of the Yato clan, which is one of the clans who cannot stand the sun shine.

It is almost the same as the fishing rod function in general. In the beginning, this Fishing Pole is used by the main character Gon Freecss. He can swing the Fishing Pole very accurately, even shown in the anime, when Gon can catch Hisoka’s badge from afar, while Hisoka moves at a very high speed.

At its core, it is just an ordinary book. Since this book comes from Shinigami, the death note is very deadly if it is handled by humans. The way this book works is, the owner of this book just needs to write a name of the person who wants to be killed and how to die, and wait for the results to come true. There are various ways and methods of murder can be done by this book. Imagine if this book were in the real world, the world would be in a terrible chaos.

6. Blood From Kyoukai no Kanata

In this anime, blood is used as a weapon. The only user of this blood power is Mirai Kuriyama. It is said that Kuriyama has the ability to manipulate her own blood which she uses as a weapon and even a strong shield. Kuriyama’s blood is also corrosive when sprayed on the enemy. However, this ability is also limited since it comes from Kuriyama’s blood. The more she uses his blood the more she loses her blood. This is why Kuriyama is described as a character who has a lot of appetite because of her own strength.

5. The Punisher From Trigun

In this anime, the Punisher is a weapon used by elite members of the Eye of Michael. Throughout the anime series, several weapons were shown, which were often seen used by Nicholas D. Wolfwood. The Punisher itself is a cross-shaped weapon with two machine guns and a rocket launcher. Thanks to this cross shape, that can be functioned to store eight Grader 2043 pistols used in combat.

This weapon is iconic and distinctive from the anime Kill La Kill. The user of this Scissor Blade is Ryuko Matoi’s, the main character. It looks like a large half-scissor, which she uses to cut the fibers of life. This Scissor Blade will increase its power exponentially and be able to cut far beyond its normal range. Rending Scissor is a combination of these two weapons, and one of the deadliest weapons in the anime Kill La Kill.

3. Panties and Stocking From Panty & Stocking with Garterbelt

Panties are weapon which literally exist and be used in this anime. They are used by Panty when she prepares for her fight. She is able to turn her own panties into a gun named Backlace. Actually, this weapon is kinda spiritual because it cannot injure humans but ghosts only. During Panty transformation, Backlace can injure demons, angels, or anything related to spirits. When this weapon is combined with a stocking, it will become an upgraded version of the weapon.

2. Torpedo Tits From Rosario to Vampire

Judging from the name, you’ve already know what this weapon looks like. Yes, even though it sounds perverted, this weapon really exists in the world of anime. It can pull out a torpedo weapon through the tits. There are many anime characters which use this weapon. One of them is from the anime Rosario to Vampire, used by Succubus named Ageha Kurono, who is Kurumu Kurono’s mother. Torpedo Tits were shown during her feud with Tsurara Shirayuki, the mother of Mizore Shirayuki.

1. The Spoon From Re:Zero

Yes, just an ordinary tablespoon. Actually, Subaru unconsciously held this spoon with the intent to kill, until he was stopped by Rem. He finally regained consciousness. This scene happened in Re: Zero Light Novel version volume 6 chapter 1, when Subaru and Rem met Wilhelm.

That is it from today’s post on Top 10 Most Absurd Anime Weapons. If you do not agree with the points in the post and have some of your own opinions, share them with us in the comments section down below. Keep visiting Animesoulking for more information about Anime and Manga.

Chandan is the writer of “Top 10 Most Absurd Anime Weapons”. Also, Connect with me on youtube and Facebook.