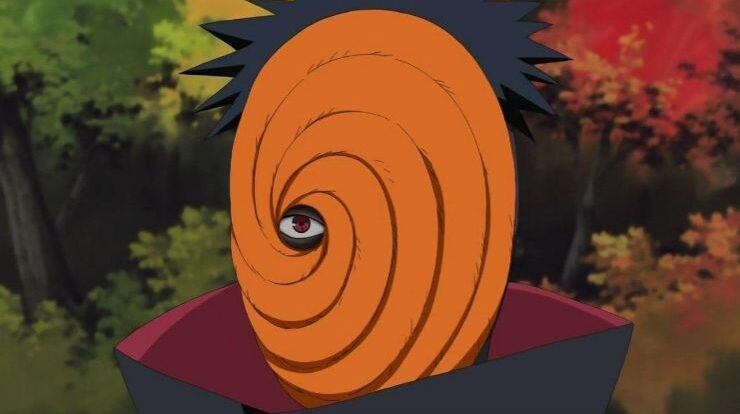 Tayuya possesses a very powerful genjutsu technique which is sound based and only needs a flute to execute. Whoever hears it will become paralyzed and unable to move and eventually lose their consciousness. A physical intervention from an outside force doesn’t help and due to it being sound based, it has a large range of effectiveness, on top of which it can be applied even without knowledge of the enemy’s position and can trap numerous people at the same time. The Genjutsu however doesn’t work if the target doesn’t hear it.

Kurenai is/was the most skilled non dojutsu genjutsu users in Konoha. She disappears from plain sight in a mist-like fashion in order to approach the target without being detected. Once close enough, the target will then be completely robbed of their mobility as they see the mirage of a fast-growing tree coiling itself around them. She then emerges from the tree trunk to attack the enemy as seen against Itachi or collect information from them. It is a very powerful technique but Itachi was able to reverse it and she ended up trapping herself.

Tobirama possesses a genjutsu technique known as “Bringer-of-Darkness” which allows him to cast an illusion of darkness upon an opponent to take away their sight. As such, this allows him to attack an opponent unseen as seen when he used it against Hiruzen after being summoned by Orochimaru. Although it negates sight, the opponent can still rely on their other senses, so it wouldn’t really be effective against users who are good at using their other senses.

Gengetsu’s technique mainly revolves around illusions. He summons a giant clam that releases mist with which he can create realistic mirages of himself and the clam. His real body or the real clam must be found and taken out before he can be defeated. Gaara, Onoki and a section of the shinobi alliance had a lot of difficulty getting around his Genjutsu and it took a long hard battle to seal him.

Fukasaku and Shima are able to use a sound based genjutsu known as Demonic Illusion: Toad Confrontation Chant. It is a sound based genjutsu that only needs to reach the ears of the target and regardless of number or skill those who hear it fall under the genjutsu’s influence. Within the illusion, victims are surrounded by four toad samurai, who seal them within a barrier. The victim’s mind and body remains trapped until either the user releases them or their real body is killed. It however needs preparation, so the enemy needs to be distracted until it is ready. It also takes some time to reach the opponents ears.

Madara rarely relies on genjutsu for battle but he still incredibly skilled at genjutsu some of which are very powerful. With brief eye contact, he could place targets under genjutsu and paralyse them or relay information. He could even trap the Nine Tails and summon it as a powerful tool in battle. He could also use Izanagi after he was killed by Hashirama, he was able to alter reality and resurrect himself.

Obito also possessed powerful genjutsu. His genjutsu was powerful enough to control the Nine Tails which he used to attack the Hidden Leaf Village. Although it is unknown how he did it, he was able to put Yagura a perfect jinchuriki under genjutsu and use him to do his bidding. Also, he was able to use Izanagi in his battle against Konan allowing him to rewrite his death and eventually defeated Konan.

Itachi is possibly the most skilled genjutsu user and is capable of casting different types of genjutsu some with just the 3 Tomoe Sharingan still capable of trapping even the most powerful of characters. He can cast genjutsu by just pointing his finger at his opponent. Using Izanami he was able to stop the reanimation jutsu by manipulating Kabuto into releasing it. His most powerful genjutsu is “Tsukuyomi” which allows him to alter the victim’s perception of time, making a few seconds appear as days. He will use this to torture his opponent and eventually completely break them down as seen against Kakashi. It however requires eye contact to cast.

Sasuke upon awakening the Sharingan was able to cast genjutsu but it wasn’t that powerful compared to his fellow uchiha members. It however became progressively more powerful as he mastered the Sharingan able to enter Naruto’s subconscious and suppress Kurama’s Chakra which Naruto was attempting to use. With the Mangekyo Sharingan, he put Killer Bee under genjutsu but Bee being a perfect jinchuriki was able to break out of it. His genjutsu still wasn’t as powerful as those of his brother. It was only until he attained the Rinnegan and due to possessing powerful chakra was able to put all 9 Tailed Beasts under genjutsu with a single glance and used Chibaku Tensei to trap them. He could also put Sakura under genjutsu despite her immense chakra control skills.

If it’s only about genjutsu skills, then maybe Itachi would’ve been first, but Shisui is almost as skilled and his genjutsu is much more powerful. Shisui’s Mangekyo Sharingan allows him to use the genjutsu “Kotoamatsukami” which allows him to enter the mind of any individual within their field of view, and manipulate them by giving them false experiences, making it seem as if they were doing things of their own free will. It is regarded as a genjutsu of the highest calibre, due to the victim being entirely unaware that they are being manipulated.

That is it from today’s post on Top 10 Strongest Naruto Genjutsu Users. If you do not agree with the points in the post and have some of your own opinions, share them with us in the comments section down below. Keep visiting Animesoulking for more information about Anime and Manga.

Chandan is the writer of “Top 10 Strongest Naruto Genjutsu Users”. Also, Connect with me on youtube and Facebook.