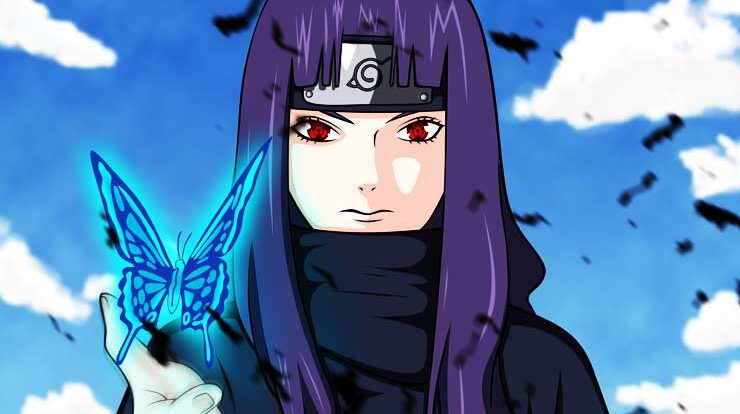 Top 10 Most Powerful Genjutsu Technique – Hey guys!. In this post, I’ll be discussing a list of Top 10 Most Powerful Genjutsu Technique. Genjutsu are a category of jutsu with the others being Ninjutsu and Taijutsu. Unlike Ninjutsu, the effects of Genjutsu are not real, being only illusions experienced by those who fall victim to it. So let us count down the list from weakest to strongest.

In this Genjutsu, the user disappears from sight in a mist like fashion, and approaches the target without being detected. With this jutsu Kurenai can make herself disappear so she can approach her target unnoticed. Once near her target, a tree will grow at their feet and its branches will bind him so they are unable to move. Once the target believes they are captured, Kurenai will appear from the tree and stab the target with a kunai.

During the Chunin exams Kabuto (who at the time was comparable to Kakashi without using the Sharingan in strength) used this technique to knock out an entire stadium of people, including a large number of Ninja all at once. In terms of potency it doesn’t seem to work on anyone above high Chunin level or on Ninja with Yin affinity or a particular aptitude for Genjutsu, but in terms of scale it’s still one of the largest shown in the series.

This Jutsu was part of the arsenal of the first two Hokages, the Senju brothers. It may not paralyze or deceive the victim but it effectively shuts down their sense of sight which is still extremely useful. Given that the Senju’s arch enemies where the Uchiha, whose powers lay in their eyes, the implication we are supposed to take from the Hokage’s use of it is that it is able to blind even the (Basic) sharingan, if so that speaks volumes to its power. Even if that’s not the case the fact that it worked on the Third Hokage who according to the Data books has a 5 out of 5 in genjutsu skill and presumably knows the technique himself is still immensely impressive.

This a Genjutsu used by Gengetsu Hozuki. Using a giant clam, he is able to create mirages of himself and the clam using the mist exuded by the clam. This makes it almost impossible to distinguish between his real self, clam and the mirages. Whenever the mirages are attacked, they have no effect on him and the only way to defeat this technique is to locate the real clam and take it down.

This Genjutsu is used by the toad sages “Fukasaku and Shima”. It is very powerful and only needs to reach the target’s sense of hearing and even if there are a thousands of targets, the Genjustu affects each one of them independently. Once caught, four toad samurai surround the target inside the Genjutsu allowing the caster to land the finishing blow in the real world. It is stated that a third party is required to break out of this Genjutsu. This Genjutsu was able to trap pain who possessed the Rinnegan under Genjutsu.

The Izanagi is a peculiar Genjutsu because the user casts it on himself instead of his opponent. When this happens, the user is able to control and manipulate the state of their existence, capable of turning any real event that occurred prior such as injuries and even death into illusions. We’ve seen Obito, Madara, Danzo using this technique to rewrite their death after being killed by their opponents. It is indeed a powerful Genjustu.

The Izanami is a counter to the Izanagi. Instead of trying to escape reality (What the Izanagi does), the Izanami gets one to accept such realities by creating an infinite loop of events that entraps their consciousness. Using this technique, Itachi was able to prevent Kabuto from continuing to cast the reanimation jutsu during the fourth great ninja war and this played a massive role in it, turning it in favor of the Allied Shinobi Forces.

Tsukuyomi is a Genjutsu granted by Itachi’s Mangekyo Sharingan. It is a very powerful, allowing him to alter the perception of time within it, making a few seconds seem like days as a means to torture the target. Only the slightest eye contact is required to cast it and once caught, it is very difficult to break out of it. We’ve seen Itachi using this Genjutsu on several people like Kakashi, Sasuke etc. and each time it creates a huge psychological effect on the opponent, breaking their will in the process.

Kotoamatsukami is a Genjutsu that originated from Shisui Uchiha Mangekyo Sharingan. It allows him to enter the mind of his target within their field of view, then controls their minds by giving them false experiences, making it appear as though they were doing things of their own free will. It is said to be a Genjutsu of the highest calibre and it doesn’t require direct eye contact to execute. As a testament to its power, it was strong enough to negate Kabuto’s control over a Edo Itachi. Once caught in this Genjutsu it becomes almost impossible to break out of it.

The Infinite Tsukuyomi is the most powerful Genjutsu in the series and it can be casted on the entire world by putting every single person under Genjutsu. It is executed when the Rinne Sharingan is reflected off the moon. Those caught under it are usually enslaved in dreams so that their chakra can be drawn upon. It can only be avoided by a Rinnegan and the only way to break everyone out of it is by using the Rinnegan and chakra from all nine tailed beasts. Kaguya and Madara were able to cast this Genjutsu.

Chandan is the writer of “Top 10 Most Powerful Genjutsu Technique ”. Also, Connect with me on youtube and Facebook.