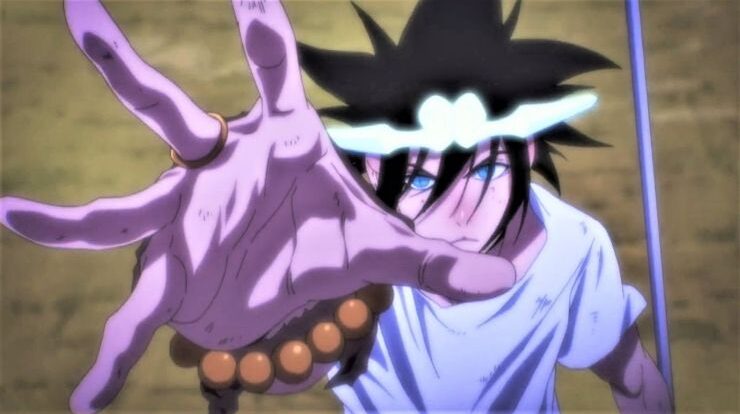 In this series, this anime tells myths and culture of Japanese ghosts called Tsukumogami. What is tsukumogami? It’s defined as the belief of Japanese citizens about the existence of a spirit  that resides in every object used by humans. It can be plates, glasses and so on. The story centers on Kazuya Kagami who always carries the obi (which is the belt to tie kimono) left by his mother. Long story short, for some reason Kazuya was attacked by a demon while he’s at school. All of a sudden, his mother’s legacy came out and saved Kazuya. Unexpectedly, the obi turned into a beautiful girl which surprised Kazuya. From here, the meeting of Kazuya and Kiriha, the girl’s spirit from Obi, begins.

There is an action comedy anime entitled Pricess Connect Re: Drive, adapted from a Japanese game released in 2018 for smartphone devices, both in Android and IOs. In 2020, as a sequel, this game finally gets an anime adaptation. Starting from a man named Yuuki who was resurrected back to the human world, but in his awakening, he experienced amnesia or lost his memory. In his adventures he was guided by Kokkoro, and met other adventurers in helping his mission. Not only displays epic battle scenes against monsters, but this anime also adds comedy elements to it.

It tells a story called HOLE, a place from one of the dark districts. In Hole, there is no rules that you can easily committing murder, the weak will lose and the strong will rule. The story focuses on  a man named Kaiman, he, along with his female friend, Nikaidou, is on the way to find his lost identity. Lots of killing and fighting scenes, there is a magical ability for each character that adds to the epic battle in this anime.

The unusual firefighting anime still continues. Set in the Solar era in Tokyo, Japan. Shinra Kusakabe a boy who has the power of  fire in him, also known as the ‘devil’s leg’, shinra begins to join forces with special fire forces 8 to destroy ‘infernals’. Infernals themselves are the first generation of fire control creatures, which they couldn’t control   their strength and went on a rampage. With the background of the shinra who was uncovering the tragedy that happened to his family 12 years ago, Shinra joined this special force. Even though it has the theme of firefighters,  David Production’s studio as the creator of this anime is no kidding in making this anime, in  addition to the battles between characters that must be watched, the graphics shown in this anime  are quite epic and a neat depiction of the city.

Known from the webtoon comic adaptation originating in Korea. It’s rare for ‘Manhwa’ or Korean comics to be adapted into anime. The story begins with a young man called Yoru, who is looking for a woman named Rachel. where the goal is the very famous tower, according to the myth that who can reach the top of the tower, all his wishes will come true, but to reach the top of it, yoru must pass through obstacles and challenges. On the way to climb it, Yoru is equipped with an heirloom weapon in the form of a legendary sword which is  said to be owned by a daughter named Jahad.

5. The Misfit of Demon King Academy

Demon King, maybe a mandatory theme every year  that should be in every anime release. In 2020, there is an anime that discusses a demon king who is very dear to miss. It started when the demon king reincarnated 2000 years ago named Anos. Indeed this one demon lord was slightly different from most demon lords. Because he was so tired of battles and started to hate the never-ending battles, he decides to reincarnate into the future and become a human and live in peace.   But his journey to become a human is beyond common sense, starting from when the baby can speak and has the remaining power of a demon king within him that makes his strength incomparable.

Anyone already knows the SAO anime, an anime based  on the famous VR game with the pair of characters Kirito and Asuna. In the course of the  underworld season 2 series, this series still continues the previous series when  fighting against the Dark Territory. This series still features a lot of battles and presents epic graphics.

This anime series finally gets its third newest sequel. Still the same as the main character of an adventurer named Bell Cranel with his first family friends, don’t forget the goddess Hestia. It’s the same as the sequel to its predecessor, which focuses on the main character Bell Cranel, who always aspires to be the strongest knight in the dungeon. In its development, this season tells of Bell’s meeting with the figure of a demon girl.

2. The God of High School

The God of High School is adapted from Manhwa (Korean version of manga  comic). Focused on the “God Of High School” martial arts tournament which consists of 3 different racial entities. Including humans is the weakest race, there are also those of the devil race and angels. Although the weakest, the human race has the power borrowed from the  god in the form of ‘Charyeok’, with this power humans are able to match other races. And as a prize the winner, any wish will be granted. The journey started with a boy named Jin Mo-Ri, a 17 year old specialist in taekwondo martial arts,   where he came from Korea. During the  fight he met Han Dae-Wi the karate expert and Yu Mi-Ra the swordsman, who in the end became a team. The graphics displayed may not be as good as the original Japanese manga  anime, but the battle effects that are presented are very epic and interesting.

The background occurred When the  civil war broke out in Japan, Kansai and Kanto became different regions. The  core of the story is centered on the akudama. In this story akudama can be interpreted as a mercenary who moves in the shadows. One day there is a mysterious message calling  some akudama to save people from public execution. The graphics shown in this anime are very epic which adds to this anime which is a must to watch.

That is it from today’s post on Top 10 Best Action Anime 2020 to Watch. If you do not agree with the points in the post and have some of your own opinions, share them with us in the comments section down below. Keep visiting Animesoulking for more information about Anime and Manga.

Chandan is the writer of “Top 10 Best Action Anime 2020 to Watch”. Also, Connect with me on youtube and Facebook.