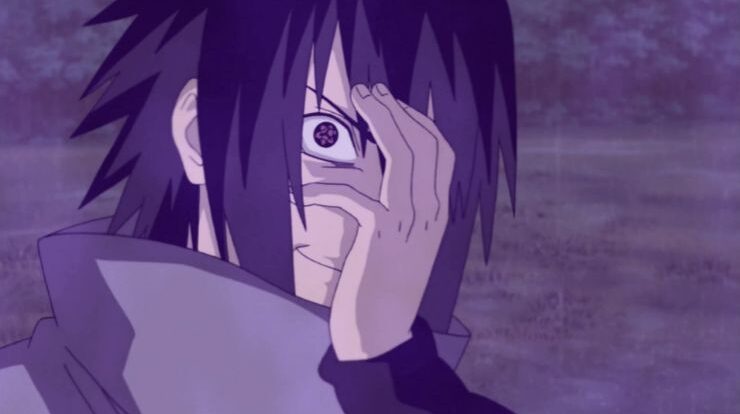 Upon obtaining EMS, Sasuke became more adept at using his Mangekyo Sharingan techniques, since he no longer had to worry about going blind. Proficient in Fire and Lightning Release Nature Transformations, he possessed techniques like; Chidori and its variants, Kirin and Fire Release techniques. The Mangekyo Sharingan also gave him access to several techniques; Amaterasu which he could manipulate into different shapes and forms to create another technique called Blaze Release: Kagutsuchi. The Susanoo also granted him a technique: Susanoo Arrow.

While Sasuke with EMS wasn’t as skilled or possessed powerful genjutsu techniques as Itachi, he was still quite good at it. His genjutsu was powerful enough to trap Killer Bee and the only reason Bee broke free was due to him being a Perfect Jinchuriki. Against anyone else breaking out wouldn’t have been so easy. His Dojutsu also provides him with a certain degree of immunity to most genjutsu. The Genjutsu will have to be very powerful to affect him.

Sasuke was already very skilled in Taijutsu, easily outmatching most of his opponents in the majority of his battles prior to obtaining Eternal Mangekyo Sharingan. So, after obtaining the dojutsu, it only further improved his taijutsu by giving him precogintion; where he is able to predict and react to his opponents assaults and thus better movements overall. His Taijutsu and Kenjutsu skills combined were top notch and he received praise from Madara on his movements during their short hand to hand duel. At that point in the series, not many were as skilled in Taijutsu as he was.

EMS of course didn’t increase Sasuke’s speed but he was already very fast anyways. He already possessed blitzing speed as we saw in many of his fights; against Deidara, Itachi and at the 5 Kage Summit. He could keep up with the Raikage’s V1 and only got outmatched when the latter max speed. EMS gives him much better reactions than the basic Sharingan and the Mangekyo Sharingan and this was proven when he managed to react in time and block one of Juubito’s attacks using Susanoo.

Sasuke has never being known for physical strength as he doesn’t relies on it in his battles. He never had any noteworthy strength feats until he got the Rinnegan thus making it determine how strong he was physically. What I can say however is that as a Kenjutsu user going through a lot of physical training is important. Of course his strength at this point cannot be compared to the physical monsters that we all know, but it would most certainly be far above average.

From a young age Sasuke was a prodigy, being one of the best in his class and quickly learning whatever is taught. In battle he was a good strategist able to calmly analyze his opponents while he battles and devise strategies to counter said opponents. The battle against Deidara is noteworthy and it is one of those instances where Sasuke showed incredible battle instincts. He was praised by several people in the war for his intelligence and these people were very intelligent themselves; Madara, Minato etc.

After awakening the Mangekyo Sharingan, Sasuke could use Susanoo but in its early stages and the risk of getting blind will prevent him from attempting to go further. With EMS however he could go further and during the battle against 10 Tails Jinchuriki Obito, he was able to use the full body Susanoo what we always called Humanoid Susanoo. This version is much more powerful and durable than the lower versions, so offensively and defensively he didn’t have to worry about too many things.

Sasuke possessed his own personal Snake Summon “Aoda” which he could summon from Ryuchi Cave to aid him in battle. It was very powerful and played a huge role when Sasuke used it in the war using its great flexibility to easily glide through a huge number of Juubi clones to get to the actual Ten Tails, allowing Sasuke to execute his attack.

Sasuke’s chakra reserves were on normal terms larger than that almost any other Uchiha except for Madara. Despite getting blinded by the Mangekyo Sharingan, he still had the stamina to keep going. After obtaining EMS and eliminating the “going blind” factor of the Mangekyo Sharingan, he was able to use his techniques continuously for a large duration in the war without any chakra or stamina problems.

From the stats we can conclude that after obtaining EMS, Sasuke became very well rounded, being one of the best in every area. He only lacked the massive physical strength but he didn’t really need it since he could use Susanoo to compensate. Let’s continue to determine how strong he actually was.

We know that from the point where Sasuke obtained EMS till the latter parts of the war he didn’t stay the same. Earlier when he first obtained it, we saw how he performed in the battle alongside Itachi against Kabuto. Despite having EMS he didn’t seem to be more powerful than any of them and Edo Itachi actually performed better than him against Kabuto, all 3 were more or less on the same level. Later in the war however he actually showed that he was a lot stronger. At this point in the war he had unlocked the Full Body Susanoo and gotten more used to his techniques. I will put the early EMS version in the “High Kage+ Tier” where we also have Edo Itachi and Sage Kabuto. Late in the war however it is fair to say he moved a tier higher, so “Top Tier” is fair.

I can see the early version of EMS Sasuke beating Killer Bee who is in the same tier due to Amaterasu spam and I can see him beating Alive Minato as well since the latter will most likely not be able to bypass his Susanoo. However I see him losing to Edo Itachi, Sage Kabuto, MS Obito and of course the Jinton users. Juubito fight EMS Sasuke is far stronger and will most likely be too much to handle by those I’ve mentioned above. He is a tier stronger and I see him beating the Six Paths of Pain. Against Nagato it can go either way, but he loses to anyone stronger than Nagato.

That is it from today’s post on How Strong is Eternal Mangekyo Sharingan Sasuke Uchiha? If you do not agree with the points in the post and have some of your own opinions, share them with us in the comments section down below. Keep visiting Animesoulking for more information about Anime and Manga.

Chandan is the writer of “How Strong is Eternal Mangekyo Sharingan Sasuke Uchiha?”. Also, Connect with me on youtube and Facebook.