Home Naruto/Boruto How Strong is Orochimaru in Boruto? 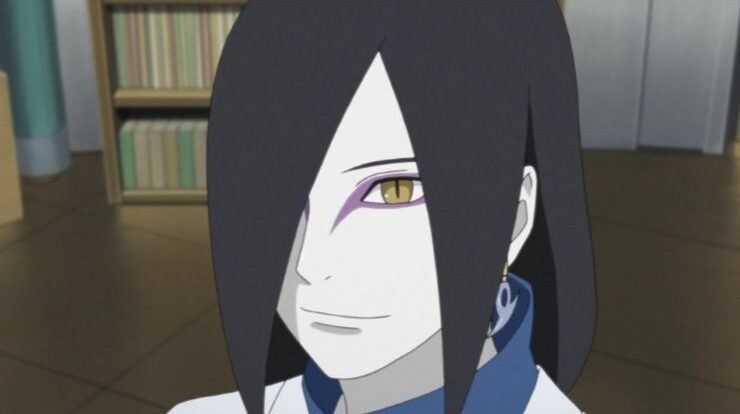 Orochimaru is one of the best if not the best when it comes to Ninjutsu. His knowledge on techniques is greater than any other shinobi which shouldn’t be strange if we consider his countless experiments. He can use all 5 nature transformations, is skilled in sealing techniques, paralysis technique, cursed seals, summoning technique, wood release, and taking into consideration the knowledge he has gathered throughout his lifetime, he just might be able to use the techniques of other shinobi (from his experiments), something we never saw him do back in Shippuden.

Despite his deep knowledge, Orochimaru still showed that he was vulnerable to genjutsu. We saw this when Itachi trapped him with a Sharingan Genjutsu (not even his most powerful genjutsu). I am however still certain Orochimaru is good at genjutsu to a certain level i.e. he can avoid genjutsu that aren’t very powerful.

Orochimaru rarely relies on taijutsu in battle seen and it isn’t really his specialty seeing as he was overwhelmed by Tsunade in a taijutsu fight. He should however have improved greatly by now in Boruto. In the anime we can see him doing really well in close quarters showing immense Kenjutsu Skills against Log.

Orochimaru normally hardly showcases speed feats which makes it appear as though he’s slow but he isn’t. He was fast enough to react and make the require hand seals in time to counter Hiruzen’s attack and Hiruzen was pretty fast himself. He can make a sudden change in direction without slowing down which will leave his opponent disoriented allowing him act accordingly.

Orochimaru isn’t high and mighty when it comes to physical strength and he certainly isn’t known for it. However, he’s shown some really good physical feats, able to knock down a tree with a kick and with a hard punch was able to temporarily stun 4 Tailed Naruto.

Orochimaru is without a doubt among the most intelligent shinobi in history. His knowledge about the shinobi world, the shinobi and all kinds of techniques is very vast. This is made possible by his constant thirst for knowledge which led to all the experiments and spending time with organizations like the Akatsuki and Root. He’s created several techniques and perfected others; invented a jutsu to make himself immortal, perfected the Cursed Seal from from Jugo’s Clan as well as the Reanimation Jutsu. Knowing how he is, he should have acquired even more knowledge now in Boruto.

Orochimaru’s quest for knowledge allowed to learn the summoning of the Rashomon Gates. This is a technique we saw Hashirama use in his time. Orochimaru, Sakon and Ukon could use this technique throughout the series. Orochimaru can summon one or more of these gates which are very resistant, to defend himself from very powerful incoming attacks. He summoned 3 Rashomon Gates to block 4 Tailed Naruto’s Bijuudama, and although they were destroyed, they could protect Orochimaru from dying.

Orochimaru has an affinity for snakes, using the unique arm tattoo to summon them for assistance in battle and can also eject snakes from either his sleeves or his mouth to attack opponents. His biggest and most powerful summon is the boss summon Manda, strong enough to take on other boss summons Katsuyu and Gamabunta simultaneously and not lose. He can even turn his lower body into a snake’s tail, increasing his speed and mobility in battle.

Orochimaru possesses large chakra reserves, enough to summon Manda, battle against 4 Tailed Naruto whilst ill. While he himself couldn’t master Sage Mode which could have been due to other factors and not just “not having enough chakra” his chakra was necessary for Kabuto to do so. This alone proves that he has large chakra reserves.

The power of the white snake and other body modifications provide Orochimaru with high stamina. He can continuously endure damage, heal from them and go on battling. Even while sick, he could battle against one right up to the 4 Tailed version of Naruto for a decent amount of time before the effects kicked in. He would later acquire Hashirama’s DNA after taking over the body of a White Zetsu clone to further improve his stamina.

From the stats we can see the Orochimaru only truly lacks in Genjutsu but he might have overcome that weakness in Boruto. He’s a well rounded shinobi. Let’s continue to determine how strong he is.

In Which Tier is Lord Orochimaru Boruto?

First of all I will say Orochimaru was High Kage in the series, when he goes all out i.e. uses his most powerful techniques; Summoning, Eight Branches Technique etc. There’s no reason to think he hasn’t become even stronger after 16 years, we know his nature and his quest for knowledge. At this point, he actually might be able to use; Jugo’s Curse Mark, Kimimaro Shikotsumyaku, Tayuya’s Genjutsu as well as Sakon and Ukon’s Kekkei Genkai, Wood Release and possibly even more. So with all these abilities, there’s no reason he wouldn’t go a tier higher than High Kage. I am only speculating but this is actually very plausible.

For Shippuden Orochimaru, I say he could beat Kisame, Tsunade, Kakashi etc. While I see Sage Mode Jiraiya beating him. For Boruto Orochimaru it depends on how much stronger he’s become. Assuming he didn’t get that much stronger then I could see him beating Adult Sakura, Darui but probably loses to anyone stronger like; Gaara, 7th Gated Lee. If he can make use of the abilities I have mentioned, then I see him around full power Killer Bee level and might actually give him trouble in battle.

That is it from today’s post on How Strong is Orochimaru in Boruto?. If you do not agree with the points in the post and have some of your own opinions, share them with us in the comments section down below. Keep visiting Animesoulking for more information about Anime and Manga.

Chandan is the writer of “How Strong is Orochimaru in Boruto?”. Also, Connect with me on youtube and Facebook.