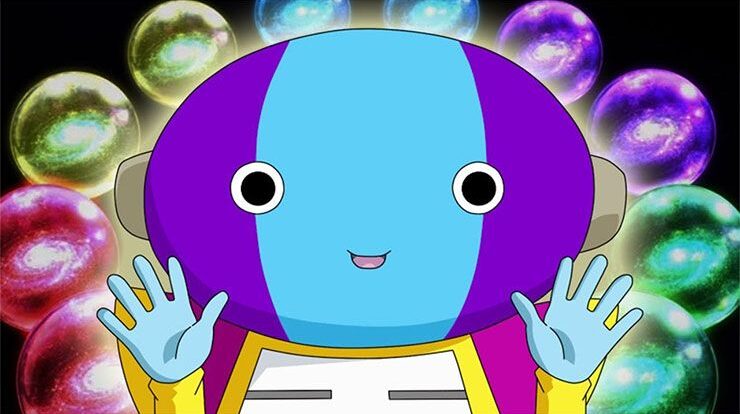 Deus Ex Machina is the god of space and time. He is the figure behind the creation of the future diary, with the help of John Bacchus. As well as the figure behind the survival game with the aim of finding a suitable successor to replace his position as the god of space and time, that if he cannot found a new successor, it will cause the destruction of the universe.

The strength of Deus himself is that he is able to manipulate space and time as well as the laws of cause and effect. Deus is also described as the strongest entity and acts as a survival game judge.

Homunculus itself is an artificial human created by humans by manifesting a certain type of alchemy. In fact, since then, the alchemists have been banned by the Amestrian government in doing human transmutation experiment. That’s why the state alchemists, who work for the country, have such a limitation in doing experiment so that they don’t go against their belief.

As the world’s first Homunculus, he calls himself Father and considers himself a God. For example, when there was a mass murder that occurred in Xerxes, Father sacrificed people there to make a container.

Zeno is the King of the Omni, the supreme ruler of all the Multiverses. Since the the Trunks Saga, Zeno had co-ruled with his comrades from the future. Zeno is depicted as a very short and small person, with a slightly large oval head. Compared to other Gods, Zeno didn’t have a good sense of fighting.

However, Zeno, along with the Future Zeno, are the only characters known to use Erase, making them the two most powerful characters in Dragon Ball Super. Erase is the power to erase anything from existence, even immortal entities.

Kaguya Otsutsuki is the ancestor of the Otsutsuki clan as well as the mother of Hagoromo and Hamura Otsutsuki. Long before the era of Konohagakure, Kaguya was the first chakra user on earth by consuming the fruit of the god tree and the energy from humans.

As a god and a mother, Kaguya loved her children; Hagoromo and Hamura very much. After consuming the god tree, Kaguya became the savior and she was able to do the inter-dimension and even manipulate humans.

1. Tet From No Game No Life

He is the only god in the King Chess Piece. Tet took his god title after the eternal war which he won after gaining the star trophy in the presence of other gods and surpassing their strength. Tet does not belong to any of the 16 existing races, although his closest affiliation is Imanity.

As a god, Tet is certainly very intelligent and likes to play. He’s also a type of character who really hates war and violence. Therefore, he created a world where races can determine fate in a game without war and violence.

That is it from today’s post on Top 5 Strongest Gods in Anime. If you do not agree with the points in the post and have some of your own opinions, share them with us in the comments section down below. Keep visiting Animesoulking for more information about Anime and Manga.

Chandan is the writer of “Top 5 Strongest Gods in Anime”. Also, Connect with me on youtube and Facebook.