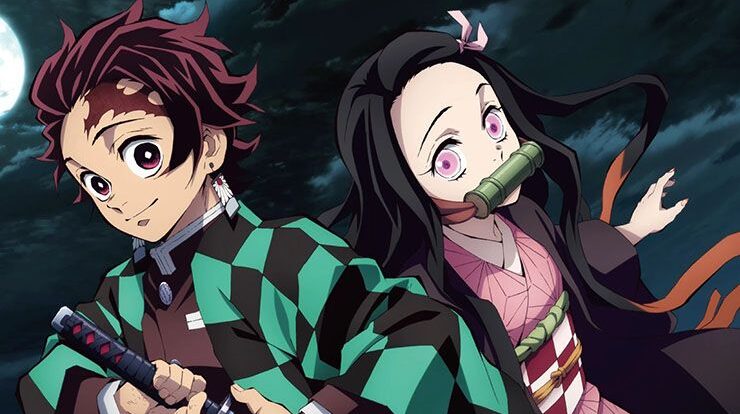 It’s not about competition to get what they fight for, but it’s how they as siblings protect and support each other regardless of all the problems they face. Today I’ve picked up the best and iconic brothers from anime. So, let’s get started!

Shigeo is a 3rd year student at Salt Middle School and vice president of the Body Improvement Club. Shigeo is a unique individual like his appearance. He has dark bowl-shaped hair. However, when he gains 100% of his strength, his eyes glow red or white, and his expression reflects whatever emotions he feels during the circumstance.

Shigeo is basically a person who strongly opposes the use of psychic powers against others, but he is willing to put that principle aside in an emergency when his brother, Ritsu, is kidnapped.

Nozel is a nobleman and the first son of House Silva and the captain of the Silver Eagle squad. He is among the characters with unique hair in the anime, he keeps his hair long and straight at the back and in the front, his long bangs hangs between his eyes.

Like the other Silva House members, Nozel is an arrogant man who believes in his strength. Despite his usually arrogant behavior, Nozel shows signs of caring for and respecting those close to him. Nozel states that he will avenge Fuegoleon after he is injured.

He looks like a mean brother because he always shows particular disdain for Noelle and blames her for their mother’s death. However, he does that just to cover up his fear of losing a person who is very much alike to their mother, who is none other than Noelle.

Byakuya is the 28th head of the Kuchiki clan, and one of the great aristocrats of Soul Society, he is also part of the captain of the 6th division in the Gotei 13. Over the years, his pride and calm demeanor make Rukia believes that he never cares for her.

Despite his cold manner, Byakuya is a person who really cares and will protect those important to him. This especially applies to Rukia because he has promised to protect Rukia.

7. Sora From No Game No Life

Sora is Shiro’s step-brother and the main male protagonist of No Game No Life anime series. He is a bit cunning and manipulative. Despite being a NEET and introverted person, Sora is basically extremely friendly and confident who is not afraid to play with others directly.

He is a manipulative individual with great negotiation skills, this completes Shiro’s younger brother’s playing style who relies on logic and calculation. He can become very arrogant and speak in a condescending manner with his opponent, especially after discovering the winning method.

However, a unique thing happens when he is separated from Shiro, though they are only separated by a door, either Sora or Shiro will be a coward. Not only does he see Shiro as a partner in playing games, but he will also always protect Shiro.

Killua is the 3rd child of Silva and Kikyo Zoldyck and the heir of the Zoldyck family until he leaves home and becomes a Hunter. Killua is one of the characters in Hunter x Hunter series who is the fastest-thinking person and often analyzes situation easily and accurately.

Though he still looks like a kid, he basically is part of the Zoldyck family that is very famous for its dangerous killing techniques. Even so, he is a person who is very kind to his friends, he really loves his younger sister, Alluka, and he becomes a big brother who always wants to protect her.

5. Tanjiro Kamado From Kimetsu no Yaiba

Tanjiro is basically a kind person and is described as affectionate person, especially towards his younger sister who has become a devil.

Lelouch is the 11th prince of the Holy Britannian Empire and the son of the Emperor of Britannia Charlez zi Britannia. Despite his cold, calculating manner, and cruelty in battle, he can be somewhat affectionate towards his friends and the loved ones. Lelouch is willing to do whatever it takes to achieve his goals, even if it means lying to his followers and using people as bait for the desired results.

However, he has troubles putting those close to him in danger for the sake of his goal. His feelings for Nunnally in particular often hinder his plans, especially at the end of the first season, where he leaves a massive war with British troops to save her, and at the beginning of the second season, when he finds it difficult to trust Nunnally by launching an attack.

Edward Elric or commonly known as Ed, is the main protagonist of Fullmetal Alchemist anime series. After he lost his arm and left leg due to a failed human transmutation attempt, Ed also lost his younger brother’s body and he just left his soul in his armor.

Ed becomes the youngest State Alchemist in history by achieving certification at the age of twelve. Three years later, Ed begins his adventure in search for the legendary Philosopher’s Stone, an item he hopes can restore his younger brother Alphonse Elric, who lost his body.

2. Portgas D. Ace From One Piece

Ace in his lifetime was known as part of the 2nd Division commander of the Whitebeard Pirates who was famous for Hiken no Ace. Ace was the older brother of Sabo and Luffy. Although not related by blood, Ace, Sabo and Luffy have a deeper bond.

Until the end he sacrificed himself to protect his younger brother from Akainu’s attack which caused him die in the battle at Marineford. Ace was a smart, friendly and polite person, like the first time he met the Straw Hat Pirates crews in the Arabasta kingdom.

Itachi was a shinobi of the Uchiha Konohagakure clan who in his youth served as Anbu captain in the village. He later was known as an international criminal after killing his entire clan, leaving only his younger brother, Sasuke. He later joined the international criminal organization known as Akatsuki, whose activities led him into frequent conflicts with Konohagakure.

After his death, Itachi’s motives were revealed to be more complicated than they seemed and that his actions were only for the concerns of his brother and village, keeping him as Konohagakure’s loyal shinobi untill the end.

That is it from today’s post on Top 10 The Best and Iconic Anime Brother. If you do not agree with the points in the post and have some of your own opinions, share them with us in the comments section down below. Keep visiting Animesoulking for more information about Anime and Manga.

Chandan is the writer of “Top 10 The Best and Iconic Anime Brother”. Also, Connect with me on youtube and Facebook.