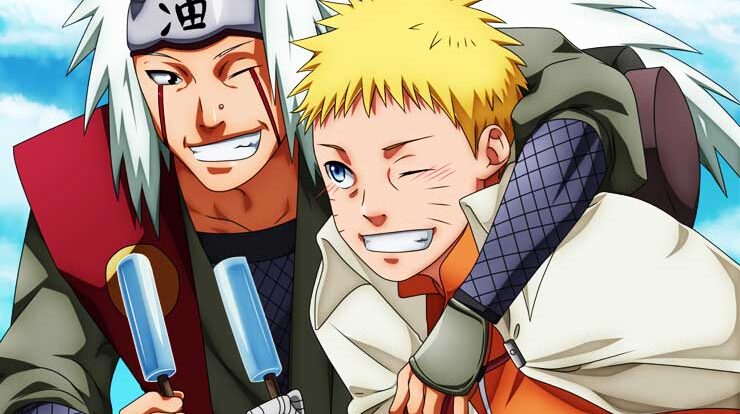 Ebisu is an elite trainer who had an extensive knowledge in basic to advanced forms of ninja skills. He was noted by kakashi, to be one of the most skilled trainers in konoha, personally selected to trained konohamaru. He was chosen by kakashi to train naruto in order to prepare him for the chunin exams. He started by teaching naruto how to walk on water, but before he could accomplish anything, Jiraiya interrupted and took naruto as his student from then onwards.

Iruka was naruto’s very first teacher and this was as the teacher of everyone in naruto’s class. Among all of naruto’s teachers, I believe iruka has always been naruto’s favorite and the one who had the most impact over his life as a shinobi. If it’s only about skills then we can say iruka only taught him the basics just like he did everyone else in the academy.

Yamato was originally chosen to lead team 7 in the absence of kakashi and also because he possessed the ability to suppress the nine tails chakra whenever naruto begins to go out of control. He didn’t really teach naruto much apart from the fact that he taught him about the chakra natures. He also played a part in kakashi training naruto to create his own jutsu “Rasenshuriken”.

Asuma was considered the most skilled person in Konoha when it came to Bukijutsu and was a highly skilled jonin of konoha. When Naruto was training to develop the Rasenshuriken, he came to Asuma for help. Asuma’s two primary natures were Fire and Wind Release. He taught Naruto a few things about the Wind release. Thus, played a very crucial part in the development of the Rasenshuriken.

It is with the help of the great toad sage “Fukasaku” that naruto was able to master the incredible power known as “Sage Mode”. With sage mode, Naruto became so powerful that he was able to battle pain on his own, taking out five of them and only having trouble with the strongest pain “Tendo”. Sage Mode allowed him to use rasaenshuriken without any drawbacks, create giant rasengans. We can see the big role that fukasaku played as naruto’s teacher.

For a majority of the war arc, Bee was always with naruto. He was specifically chosen to teach naruto how to control the nine tails chakra. Since he was a jinchuriki himself (Jinchuriki of the Eight Tails), with complete control over his tailed beast, Bee was the best man for the job. He succeeded in doing so, helping naruto to subdue the nine tails subconsciously and gaining control over his chakra. Because of this, Naruto became much more powerful than he’s ever been prior.

When the academy students were divided into different teams, Kakashi was chosen as leader of team 7 which constituted (Naruto, Sasuke and Sakura). Throughout his time with them he taught them many things. Kakashi’s greatest achievement on naruto as his teacher was when he helped naruto to determine his chakra nature then guided him into creating his own jutsu from the rasengan by adding wind nature to it create the “Rasenshuriken”. This jutsu went on to be naruto’s most lethal jutsu and even classified under forbidden jutsu.

Jiraiya was naruto’s teacher for quite a long time and throughout this period, he taught naruto many things. He taught him the summoning jutsu “Summoning the toads from mount myoboku”. With his teaching, Naruto was able to master the rasengan, better control his chakra and how to draw out the nine tails chakra. He also taught naruto how to break out of genjutsu although naruto didn’t really master. So, skill wise, I think jiraiya taught naruto the most.

Chandan is the writer of “Top 8 People Who Trained Naruto Uzumaki”. Also, Connect with me on youtube.