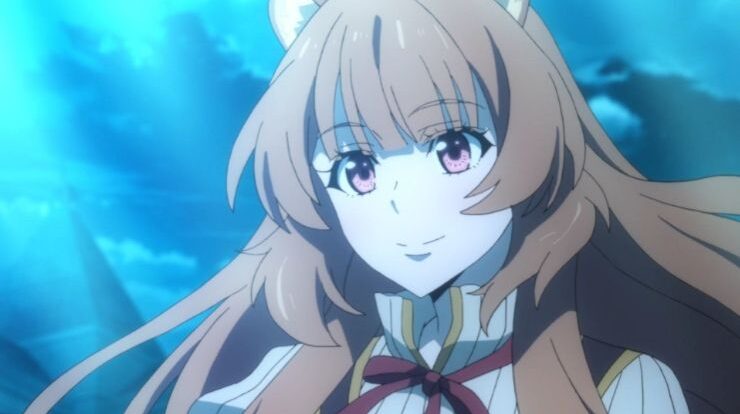 Top 10 The Most Beautiful Anime Furry Girls – Hey guys!. In this post, I’ll be discussing a list of Top 10 The Most Beautiful Anime Furry Girls. In the world of anime anything can be done, from things that make sense to things that make no-sense. Maybe, for those of you who have a weird fetish, the word furry is familiar. Furry itself is the term for humans who have a body or appearance like an animal. Even though they can be called human, furries can use their animal instincts like the animal behavior and habits in nature. Today I’ll give you the list of the most beautiful furry girl characters in the anime. So, let’s get started.

Special Week is the main protagonist in the Uma Musume series. She comes from a humble village and lives in Hokaido with her adoptive mother. Entering Tracen Academy, she is getting closer to her goal of life which is becoming the best horse girl in Japan. She is an affectionate and adorable girl with her bob hairstyle and white bangs. Apart from being known as a horse girl, Special Week is a girl who is very cheerful and have positive thoughts. Even though sometimes she feels frustrated in making her dream come true, she tries her best and never gives up.

9. Senko-san From Sewayaki Kitsune no Senko-san

Senko is a deuteragonist character in this anime. Senko is a demigod fox girl, who comes from Kitsune Heaven. Even though she has a loli body, she is actually a girl who is more than 800 years old. Senko is a kitsune girl with luminous orange fur with a white tail tip and brown fox ears. The usual outfit she wears is a red and white Miko kimono with a beige apron. Instead of her cute appearance, Senko is more mature, and often spoke like an old woman.

Hitomi is one of the protagonist characters in this anime series. Having white hair, brown eyes, not to mention her athletic and attractive body, she usually wears a high school uniform with a white collar shirt without buttons and a red ribbon. Maybe this is because of her influential animal instincts. Hitomi is a girl with the fierce personality that makes her somewhat unfriendly towards other people. Even with the slightest provocation, she could fight anyone. Since she has the Ratel gene, Hitomi never backs down from a fight, no matter how severe the fight is. This makes her a terrifying and hot-blooded fighter with an often aggressive nature to get pleasure from the combat.

7. Raphtalia From Tate no Yuusha no Nariagari

At the beginning of her appearance, Raphtalia was a slave. Even though she is a slave, she has never been treated badly, even she has a strong relationship with her master. Raphtalia is a mixed race of Racoon and Tanuki. It can be seen from her fluffy ears and a bushy tail. After doing several trips, as the story goes on, she becomes an adult girl who is very beautiful. She was originally a girl who was shy because of her status as a slave.

6. Miia From Daily Life With A Monster Girl

Miia is a Lamia girl, a mixture of human race and snake. She has long red hair and yellow eyes like a snake. Her ears are long and pointed like the Elf race, as well as her fangs and her tongue that seems like a snake. It is said that her tail has reached 8 meters in length. Apart from the snake’s lower body, Miia’s upper body is human-shaped. She is one of the characters that is introduced as a racial exchange student. Apart from being perverted, she can also be arrogant and rude, even so she can sometimes turn into a gentle and caring girl.

Melona is one of the 4 servants of The Swamp Witch and she becomes the strongest servant among the others. She used to change her body shape freely and instantly. This is necessary for her mission to obtain information in assassinations. She has a soft, moist, and rocky body. Despite being an amorphous creature, the most seen form is a woman blessed with a pink blush on her skin. She has long pink hair with a pair of bunny ears. She is the type of girl who is attractive and alluring. Also, Melona often humiliates her opponents and doesn’t hesitate to kill them if the timing is right. Despite her evil nature, she basically doesn’t like being called monsters and she will easily go mad when being summoned like that.

Eris is a young girl from the Catian tribe who roams around the world. As a girl, she has a tall and attractive body. Eris is the type of person who can easily make friends with many people, as well as the existing cats. She is also known as a competent female warrior that uses various strategies and technologies that do not exist on earth.

Serval is a cat race from an unknown generation. She played the main role in this anime. Serval lived a peaceful life in the saba area of ​​Japari Park until she met Kaban after the 3rd eruption.

Himari is a cat girl or what so called ‘Bakaneko’. She is a cat demon who vows to protect the main protagonist in this anime series. Himari appeared as a young Japanese girl in general. She is curve body with the long black hair that reaches her hips. Himari proved to be a kind and loyal person to her master, even almost to everyone. But when someone hurts the people she loves, Himari will kill them without hesitation. She’s also really likes to tease her master and even Himari has strong feeling for him.

1. Kurousagi From Problem Children are Coming from Another World, Aren’t They?

Kurousagi is a moon rabbit and one of the nobles of Little Garden. She is an attractive young woman with long blue hair and red eyes, not to mention the bunny ears that are the hallmark of Kurousagi. She is a sincere and loyal type, also, she tries her best to support his friends. Kurousagi can be very patient and calm even in serious and tough situations, but when she is ridiculed or humiliated, she would be very easily embarrassed and feel confused.

That is it from today’s post on Top 10 The Most Beautiful Anime Furry Girls. If you do not agree with the points in the post and have some of your own opinions, share them with us in the comments section down below. Keep visiting Animesoulking for more information about Anime and Manga.

Chandan is the writer of “Top 10 The Most Beautiful Anime Furry Girls”. Also, Connect with me on youtube and Facebook.