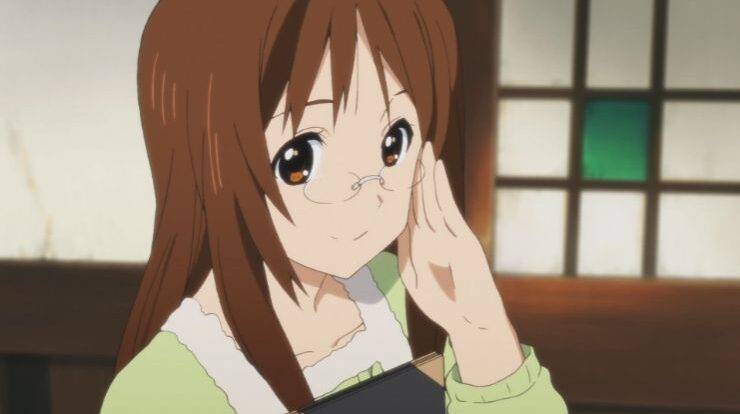 Top 10 The Most Kawaii Anime Characters With Glasses – Hey guys!. In this post, I’ll be discussing a list of Top 10 The Most Kawaii Anime Characters With Glasses. Glasses are one of the accessories that are used to clarify bad eyesight, even on several occasions someone wears them just to appear more fashionable. In the anime, a character with glasses has become a natural and common thing. Especially if the female characters wear it, it will add a special attraction to the audience. Well, here’s the list of the most kawaii megane characters in the anime. So, let’s get started.

Sawako is a young teacher and teaching advisor to the music club at her school. Although always being neat and polite in appearance, Sawako sensei is a former member of the Heavy Metal Band. With long brown hair and always pictured wearing glasses, Sawako is a very pleasant person.

9. Saya Takagi From Highschool of the Dead

Saya is a genius girl with bright future since she was born from a very rich family. Having a good body with glasses on her eyes, plus an arrogant look, Saya is actually a good and attractive person.

In the Hunter x Hunter story, Shizuku becomes a girl who is quite forgetful and quite stubborn. Behind her innocence look with the glasses on her face, surprisingly, Shizuka is an assassin from the Phantom Troupe group.

Nanao Ise is a beautiful girl with glasses that she always wears. She is a lieutenant of the 8th division of the Gotei 13 led by Shunsui Kyoraku, and also serves as the vice president of the Shinigami women’s association. Besides being beautiful, Nanao is a person who is diligent in doing various tasks and taking care of important documents.

Shino or commonly called Sinon is a brave girl that can be relied on, especially as a sniper if she is in a virtual game. But in reality, she is a person who is traumatized and frightened by a gun because of a terrible experience in the past.

5. Hange Zoe From Shingeki no Kyojin

Besides having an athletic body, Hange is a beautiful and attractive girl wearing the glasses. She is a person who is very obsessed with titan research.

In the story, Shiori is a girl with glasses. She is actually Tamako’s friend as well as a member of the badminton club. Apart from having a beautiful face, Shiori also likes to wear glasses that makes her looking highly knowledgeable. Indeed, she’s an intelligent.

Sheele herself can be said that she’s the protagonist character in this anime. Described as a very good girl, but unfortunately, Sheele’s vision has deteriorated. That’s why she is required to wear glasses every day. Although she looks gentle, Sheele is one of those cruel girls with the ability to kill above average.

2. Mirai Kuriyama From Kyoukai no Kanata

Having a personality like Dandere and small in stature, Kuriyama was introduced as a beautiful girl with glasses. Despite her sad past, Mirai is a gentle and caring type of girl.

At the beginning, Tsubasa was a bespectacled girl with a soft voice. She has a kind heart and a positive personality. Hanekawa is a student who does well in school that makes other teachers happy with her.

That is it from today’s post on Top 10 The Most Kawaii Anime Characters With Glasses. If you do not agree with the points in the post and have some of your own opinions, share them with us in the comments section down below. Keep visiting Animesoulking for more information about Anime and Manga.

Chandan is the writer of “Top 10 The Most Kawaii Anime Characters With Glasses”. Also, Connect with me on youtube and Facebook.