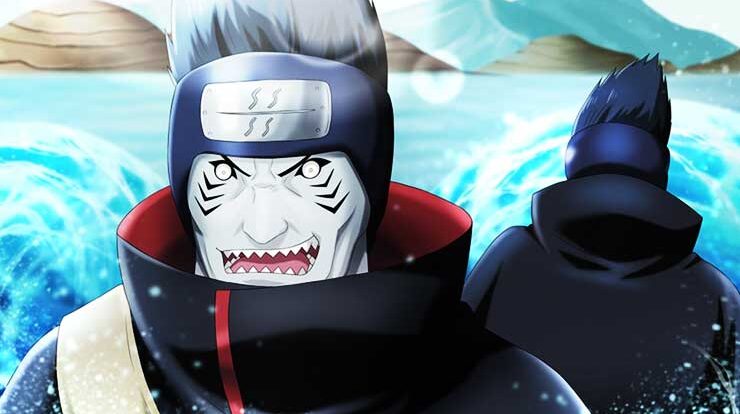 Hanzo was easily recognized as one of the strongest ninja in history, and an icon to the whole shinobi world. At his peak, Hanzo single-handedly defeated and killed an entire Konoha shinobi squad, except the soon to be-named Sannin, whom he spared for surviving his initial attack. His power was such that Jiriaya expressed intense shock learning that he had been defeated, least of all by a single person.

As the Fourth Raikage, A is an extremely powerful shinobi, being chosen as the Supreme Leader of the Allied Shinobi Forces, even after losing his dominant arm. A’s nature transformations include Lightning, Earth and Water Release. He could easily defeat a fully transformed Jugo and overwhelm a Mangekyo Sharingan-wielding Sasuke. A also possesses an enormous amount of strong chakra, comparable to that of a tailed beast, according to Karin.

Gaara is the current fifth kazekage of the hidden sand village and he should currently be the strongest in its history and possibly even stronger than the third kazekage. We clearly saw what he was capable of during the fourth great ninja war at the age of 17, holding his own against likes of Mu, Gengetsu, Edo Madara etc. and being one of the best performers in the war. It’s being more than 16 years since the war arc and he should be even stronger now.

Kisame popularly known as the tailless tailed beast, due to his immense chakra reserves. His sword “Samehada” is one of the reasons he possesses so much chakra since it’s capable of absorbing chakra and ninjutsu to a certain extent. He was strong enough to outmatch bee with the latter being in his version 2 jinchuriki state. Guy had to use the seventh gate to defeat him (The fifth and sixth gate weren’t enough).

While being one of the oldest or possibly the oldest shinobi, Onoki outperformed most who were younger than him at the fourth great ninja war. His kekkei tota jutsu “Jinton” combined with his ability to fly gave him a big advantage in battle. He outperformed the other four kage against edo madara and madara himself acknowledged him as the greatest threat.

Gengetsu was the second mizukage of hidden mist village and known to be the strongest in its history. His ability was such that he could summon a giant clam to create mirages of himself and the clam in order to hide his real body. Attacks made on these mirages are useless. He was strong enough to take on an entire section of the allied shinobi force. He also took on the combined effort of gaara and onoki, who had a hard time in taking him down.

Mu was the second tsuchikage of hidden stone village and still hailed as the strongest in its history. He could use all five nature transformations and like onoki he possessed the kekkei tota jutsu “Jinton”. He was the most difficult to defeat among the reanimated kage mainly due to his unique abilities like invisibility, sensory perceptions etc. As a reanimation, the combined effort of onoki and gaara were still unable to completely defeat and seal him.

Possibly the strongest raikage in the history of the hidden cloud village. He was very powerful, possessing immense speed, strength and durability. In his time, he could battle against 10,000 shinobi for three days and nights and he also stalemated the 8 tailed beast “Gyuki” in battle with both collapsing in the end due to exhaustion.

Kabuto’s power skyrocketed after mastering sage mode from the white snake sage. It gave him an immense boost from his base such that he could battle against an early Eternal Mangekyo Sharingan Sasuke and Mangekyo Sharingan Itachi simultaneously. Although he lost in the end, we know that he gave them trouble.

As the jinchuriki of gyuki, the second strongest of the nine tailed beats with complete mastery over its powers, Bee is a very powerful shinobi. Kisame succeeded in defeating bee, but bee only used the verion 2 jinchuriki state which is nothing compared to tailed beast mode. His exploits in the war arc is testament to how strong he actually is when at full power.

As one who bears the rinnegan, Nagato is easily the strongest Non-Hidden Leaf shinobi. He wasn’t even the original owner of the rinnegan but he used them as though he was and he even used abilities that no other rinnegan user has been shown to, even the original owners. As an edo, he easily manhandled Bee and KCM Naruto and Itachi had to intervene before they could defeat and seal him.

Chandan is the writer of “Top 10 Strongest Non Konoha Shinobi”. Also, Connect with me on youtube.