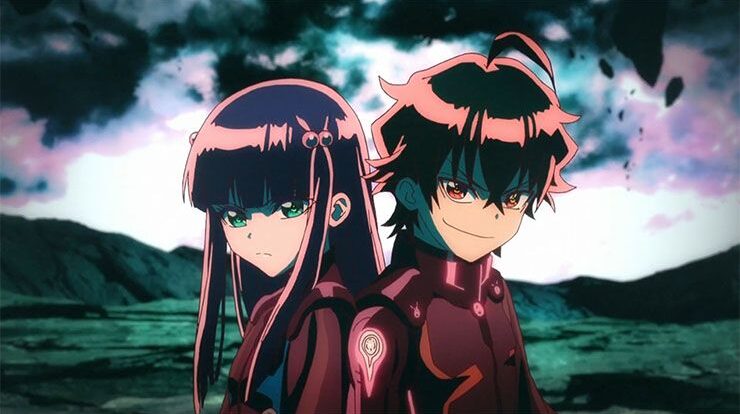 Surprisingly, it’s actually pretty common in the anime world, especially those with tsundere characters. These anime are not in any particular order and all of them are great. Well, let’s go to the list.

This is one of the funniest anime you will ever see. It’s like a reverse Isekai anime where an OP guy from a fantasy world gets transferred to the normal world, except that the main character is the demon lord Satan himself! Get this, he comes to the normal world and decides to turn his life around by becoming a manager in the local fast food joint.

But life is not that easy. The legendary hero from the fantasy world tasked with killing Satan, Emilia also follows him to Japan. As the story progresses, we see a change of heart from EmiIia and she realizes the demon lord Satan is not a bad guy at all. Let me repeat that – Satan, the master of Hell is a great guy!

Masamune was an obese kid who fell in love with his rich female friend named Aki. But Aki rejected him in a pretty brutal way. She even gives him the nickname ‘Piggy’ for being overweight. All grown up now, Masamune has become a dashing young man.

He has shed all of his weight and got obsessed with fitness to the point that his room looks like a mini fitness center. Anyway, Aki has returned to his life as a transfer student in his high school. Luckily, she doesn’t even recognize him.

So, Masamune has a brilliant plan for revenge – he wants to make Aki fall for him. When she eventually confesses her love, he wants to break her heart into little pieces in the same way she broke his. It’s a lighthearted story and the whole show is pretty well rounded. You will definitely love it.

Ryosuke is a connoisseur of all adult and PG-18 stuff and he is pretty open about it. One day, he meets a redhead named Lisara who happens to be a Shinigami. She makes a temporary contract with him to siphon his energy so that she can stay in the mortal world.

Yuuki Oojima is a member of his high school’s food research club. Their main activity was eating snacks bought using money given by the school. Everything was really fine and dandy until Satsuki Shinonome shows up as a student council president candidate to eradicate clubs like the food research club.

Under the guidance of Chisato the president of the food research club, Yuuki takes part in the election against Satsuki. Things get difficult as Satsuki is adored by many due to her highly competent and popular nature.

While Yuuki and Chisato initially have conflict due to the attention Yuuki was getting from other girls, both realize their love for one another and eventually end up together. It is a pretty wholesome anime that should definitely be watched.

6. Okami-San and Her Seven Companions

Sounds like a parody of Snow White and the Seven Dwarves right? Think again. Okami is a tough confident girl with a desire to help others around her. She is part of a school club named Otagi Bank where she is known for her fighting ability. This club helps students with their problems in return for their assistance with other problems as well.

One day, an extremely shy guy named Murino steps out of the shadows and confesses his love for Okami. Since the guy has a fear of being stared at, things get awkward and he is rejected. But as it turns out, he is pretty persistent for someone with this level of social anxiety. He joins the same club as Okami to prove his love for her.

It’s an episodic slice of life anime that will help you relax and unwind with its cute storytelling and charming art style. What is more enjoyable than the story of a great guy trying his best to prove his pure love for a girl?

This one is for the Ecchi fans! Yuu Haruna is a loner who loves to use Twitter. One night, he accidentally bumps into a high school girl named Fuuka Akitsuki when he was trying to take a picture to upload on Twitter with his phone.

Mistakenly believing that Yuu was trying to sneak a picture of her panties, she smashes the phone and runs away leaving behind a CD. Yuu meets the girl to return the CD the next day. Over time, Yuuka falls in love with Yuu. However, things take a twist when Koyuki Hinashi a famous idol invites Yuu to her concert.

The mix of romance and music in this anime may be reminiscent of the anime Your Lie In April but be assured that this anime is more light-hearted. Apart from this, it has plenty of fan service for more cultured weebs as well.

4. The Ambition of Oda Nobuna

Oda Nobunaga is among the most recognizable names in the Japanese feudal period. If you have been watching anime for a while, you would have probably heard of him being referenced in many anime set in the Sengoku period. So, imagine a show with a lot of these legendary warriors but as cute anime girls.

The main character, Sagara gets transported to a world of samurai. The warrior Hideyoshi Toyotomi protects Sagara in battle but dies in the process. Later on, Sagara realizes that all the famous warriors of history are cute anime girls. He decides to become a retainer of Oda Nobunaga’s female counterpart, Oda Nobuna.

She is unimpressed with him at first. However, Yoshiharu proves himself with his ability to predict the future of this world using knowledge of a history video game he used to play. She begins to see him in a new light and eventually falls for him. It is truly an entertaining anime that will keep you hooked for ages.

I won’t say it’s the best anime out there but it’s pretty decent for anime of this kind. It’s about a guy named Yoichi who has lived his entire life in the mountains as an apprentice swordsman. Now that his training is complete, he is sent to the city where he lives with the Ikaruga sisters at a dojo.

The comedy comes from the misunderstandings that arise from Yuichi’s zero knowledge of modern society. He even gets labeled as a pervert due to the constant mishaps. He eventually earns the respect of the Ikaruga sisters and guess what – both of them fall in love with him. The anime ends in true harem spirits with no clear couple at all. What a lucky dude!

Toradora is perhaps the most respectable anime from this genre. Many consider it to be one of the only romantic comedy anime done right. Ryuji Takasu is a high school student who is gentle with a preference towards housework. However, his intimidating face has him labeled as a delinquent. On the other hand, Taiga Aisaka is the absolute opposite of Ryuji.

The show has some of the original most likable characters in this genre. If you haven’t seen this one already, do give it a watch as this anime is one of the few perfect executions of a lighthearted romance.

How could i leave my battle Shonen lovers without an anime recommendation even in this genre. In this anime, unseen monsters inhabit the world of Magano. It’s the exorcist’s job to take care of them. The story follows the top two exorcists of this world, Benio and Rokuro who team up to fight these monsters.

Both of them are so skilled and legendary that they are labeled by the masses as the twin star exorcists destined to conceive a child who would be the strongest exorcist to ever exist. While they have a rocky start, they become closer as the romance blossoms in their constant struggle against the many enemies they come across. It is an entertaining Shonen anime that should definitely catch your eye.

That is it from today’s post on 10 Romance Anime Where A Girl Hates Then Loves The Same Guy. If you do not agree with the points in the post and have some of your own opinions, share them with us in the comments section down below. Keep visiting Animesoulking for more information about Anime and Manga.

Chandan is the writer of “10 Romance Anime Where A Girl Hates Then Loves The Same Guy”. Also, Connect with me on YouTube and Facebook.