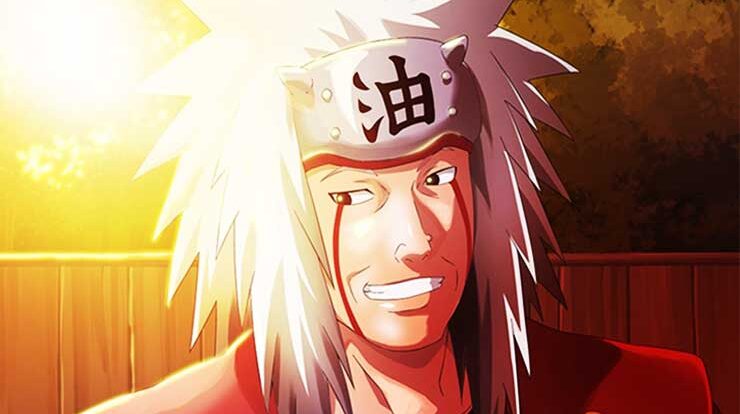 What makes jiraiya so inspiring is his ideals and he’s someone who sticks to these ideals no matter what. Throughout his life he always fought for peace and he did this differently, a type of pacifism where you seek to empathize, understand and ultimately forgive your enemies, thereby breaking the cycle of hatred and death unlike the other way of gaining peace which is through power. Thing didn’t always go the way he planned but he didn’t give up.

Lee is an inspiration to the untalented. He’s the epitome of hard work in the series and he shows us that putting in enough work, you can always beat talent. He was incapable of using neither Ninjutsu or Genjutsu and those who are incapable of these two are usually frowned upon. His only choice was Taijutsu, he took it with an open heart and work hard and mastered the inner gates. He was capable of pushing Gaara to his limits at the chunin exams in part one and currently in Boruto he is one of the strongest characters alive. His way to the top was through sheer hard work.

Just like Lee, Guy proves that you can become the best through hard work and that is how he mastered the eight inner gates to become one of the strongest shinobi. There’s also something extra with Guy and that is sacrifice; he was aware that the eight gate would eventually kill him, but for the sake of his friends and the younger generation he decided to use the eight gate against Madara giving everything he had till the point of nearly death situation.

Talking about sacrifice, Itachi is one of those shinobi who lived his life for others. What we learned that Itachi massacred his clan, we all hated him for that but after learning the truth we could sympathize. Throughout his life he posed as this evil character but deep within he had other ideas. For the sake of his village and its people, he joined Akatsuki and became a rogue ninja in order to protect it from outside. He teaches us about sacrifice and selflessness.

Naruto is inspiring in many ways. Although he was hated in the beginning but later he eventually gained more allies than any other character in the series. The first thing is that he’s able to change people for the better; he changed Gaara, Zabuza, Haku, Nagato, Obito, The Tailed Beast Kurama and other Tailed Beasts and even his friend Sasuke and many others. Secondly he doesn’t give up on what he believes in, just like jiraiya; gaining peace, protecting his friends etc. He also has a way of boosting the morales of others as seen during the war. Definitely the most inspiring character.

Chandan is the writer of “Top 5 Most Inspiring Shinobi”. Also, Connect with me on youtube and Facebook.