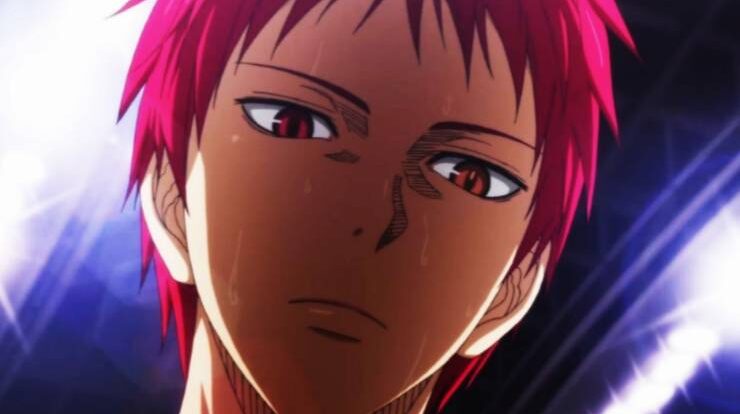 Top 10 Anime Eyes Powers – Hey guys!. In this post, I’ll be discussing a list of Top 10 Anime Eyes Powers. Anime has presented us viewers some pretty amazing superhuman powers. We have seen fights occur faster than the human eye can see. A character’s physical strength go far beyond that that even the greatest athletes of our world could dream of achieving and even forming energy blasts that would obliterate their opponent. Some of the most devastating and most beautiful powers actually come from that of an anime characters eyes. So, I’m gonna list my Top 10 Anime Eyes Powers.

The wielder is Leonardo Watch from the series of Blood Blockade Battlefront. Leonardo gained this ability at quite the cost his own sisters eyesight. Now, with these new eyes of his, his visual senses have been vastly improved, allowing him to see fast objects that would be impossible for normal human eyes to see. These eyes even come with their own healing function if they were ever to be damaged. The most important aspect of this power is that Leonardo can see the truth of the world, this basically means that you can see through any illusions and even a person’s own individual aura. There are of course limits the amount of time he can use his eyes as they will overheat if overused. Leonardo does have a couple of handy or the tricks utilizing his eyes, where he can implant, nauseating hallucinations, project what he sees and even alter the field of vision of any one of his opponents.

This one is from an absolutely stunningly beautiful anime known as Charlotte. The eye power in question is the plunder ability and it is owned by Yū Otosaka. The Plunder ability which is also known as looting or possession allows you to take over a person’s body for five whole seconds. This sounds like a pretty handy but at the same time almost useless ability compared to a lot of the other powers or abilities that you know exist within the world of Charlotte. However, there is a lot more to Plunder and it is not all that it seems. Once activated not only can the person’s body be controlled for the five seconds but that person’s own ability can be taken from them and used by its new user which obviously in Charlotte’s case is main protagonist Yū Otosaka. Now, the downside to this ability is that use own body becomes unconscious while the ability is in use but the payoff is a brand new ability and that’s pretty sweet or is it. Another downside to this ability is that the more powers that you takes in the more of his own memories that he loses and it’s unknown whether he will be able to regain these memories or not.

This eye power is a bit of a beast, is the Alpha Stigma from the anime series “The Legend Of Legendary Heroes”. The weilder is Ryner Lute. Four curses were passed on to humanity by the dark gods of ancient times, the one in question here is the Alpha Stigma also known as god’s eyes. Ryner Lute can use these eyes to analyze and copy any magic that he himself has seen even if it’s only partially seen, Ryner can then cast the spell as a whole. The downside to this ability is one that alpha stigma barriers tend not to make it past their childhood and secondly is that when an Alpha Stigma bearer is put under extreme emotional distress they activate what is known as the madness of the alpha stigma. In this state they’re going to an extremely violent and destructive rampage, that is said to become so intense that it will eventually drive the user to madness until they are either killed or commit suicide. there is another way to put an end to this rampage as well and that is by gouging out the owner’s eyes.

This power of the Uchiha clan allows them to detect chakra, copy any jutsu and of course anticipate their opponent’s next move. This of course is just the base of the Sharingan power, as it can evolve to only which a handful of uchiha’s have achieved. If the user experiences the trauma of loss, the Sharingan will evolve into the Mangekyō Sharingan which grants the user their own unique jutsu as well as the normal abilities the Sharingan already possesses. Possessing the Mangekyō Sharingan comes with its drawbacks, as the use of these eyes will cause blindness over time, however, this can be overturned by transplanting another pair of Mangekyō Sharingan from a relative such as a sibling. Also, Sharingan is my personal favourite anime eyes.

Held by creator of the card game himself Maximillion Pegasus. The Millennium items are seven mysterious objects that hail from ancient Egyptian times, each their own individual unique powers. The Millennium Eye allows Pegasus to peer into the mind of his opponent and know what they are thinking at all times. He use this during games of duel monsters, so that he can see his opponents cards and strategies which gives him an obvious clear advantage. Of course, like the other Millennium items this eye can initiate the infamous shadow games. It can protect him from harm from other magical powers and can again initiate what is known as the mind card penalty game, in which he can trap and seal a person soul within a card. Now, of course, with like many of these not want for the squeamish but in order for Pegasus to have received this Millennium Eye, Pegasus had to gouge his eye out.

This eye power is very similar to one that we will talk about very soon. The Emperor Eye gives its use of the ability to predict an opponent’s actions by observing body movements and actions. Of course, not used to the extremes of combat nor military strategy, this is still a very handy power to have in the world of basketball, in which this series is set. Akashi collects information on his opponent’s strengths and weaknesses to outmatch their movements and defeat them with ease. His powers are awesome they pick up the absolute smallest of details such as an opponent’s breathing, heart beating, sweat, muscle contractions and more.

Allen Walker’s eye power is more of a curse than an actual power in which he can see the souls trapped within the Akuma. His cursed left eye has undergone some developments over the course of the series. The first is a black red ringed eye that automatically activates whenever he is near Akuma allowing him to see it the trapped souls I had previously mentioned. The second level underwent some pretty dramatic changes such as his appearance which now added a monocle that looked like a cogwheel, with this new eye Allen could pinpoint an Akuma’s exact position from up to 350 meters away regardless of any obstacles that would have been in the way. The crazy thing about these new abilities, that he obtained with the curses growth, was that anyone that was close to Allen could now also see the trapped souls of the Akuma.

We know King Bradley is one of the seven homunculus and has what is known as The Ultimate Eye. This eye allows Bradley to predict his enemy’s movements, dodge any incoming attacks and then hit them back with what could be a most fatal of strikes. This eye allows him to always set up the perfect attack or defense strategy to defeat an opponent. His own ability to anticipate and take action makes him in a you would really like to avoid all costs. Now, with just one glance, Bradley can see a person’s strengths and weaknesses to which you can then formulate and execute the perfect battle plan against them. So in terms of military strategy, King Bradley is top of the list.

The Shinigami Eyes or Eyes of the Shinigami as they are also known, gift its user the ability to see both the names and lifespans of any human that they encounter. Now, in the world of Death Note, having these eyes as well as you know the use of a Death Note pretty much makes you invincible. So in terms of the payoff of this, the question is why didn’t light make the eye deal with Ryuk? It would have made you know killing off L a lot easier, the answer being its greatest downfall, in exchange for the power of these eyes, the human must give up half of their remaining lifespan to the Shinigami in which they are making this deal.

So Geass is a power the varies in strength between its various users, in terms of both strength and ability. It can range from anything such as mind control, precognition or actually forcing someone to love its user. The main protagonist Lelouch wields the power of absolute obedience over a person’s mind, once he has made eye contact thus giving him complete control over his desired targets actions via any command of his choosing. Activation of his Geass is a visually represented by a sigil manifesting in his left eye. This is certainly a powerful ability especially for someone of Lelouch’s character but it does come with some drawbacks such as he cannot use his power to command the same person twice.

That is it from today’s post on Top 10 Anime Eyes Powers. If you do not agree with the points in the post and have some of your own opinions, share them with us in the comments section down below. Keep visiting Animesoulking for more information about Anime and Manga.

Chandan is the writer of “Top 10 Anime Eyes Powers”. Also, Connect with me on youtube and Facebook.