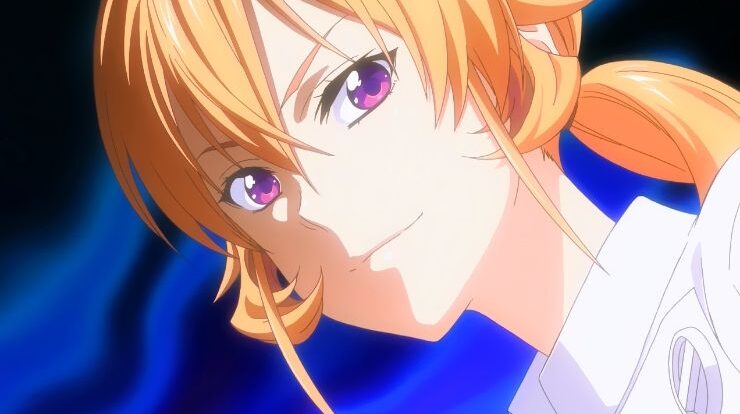 Top 20 Best Tsundere Anime Girls List – Hey guys!. In this post, I’ll be discussing a list of Top 20 Best Tsundere Anime Girls List. The term tsundere comes from two words, they are Tsu which means hard outer skin and Dere which means the gentle part. So that, Tsundere means a character that looks hard and fierce in the outside, but has a soft heart inside. When these tsundere characters are praised they usually cover their shyness by saying insulting words. However, I found it kawaii, how about you? Today, I’ll give you the list of the Best Tsundere Girl Character in Anime. I hope you guys like it and stay tune till the end. So, let’s get started.

Kagami is one of the main characters in the anime Lucky Star. She is the twin sister of Tsukasa Hiiragi. Kagami has an avarage physical appearance like many other girls and she’s got long purple hair and always being tied up. Portrayed as a Tsundere girl, she is rather selfish and described as a girl who’s unable to cook and clean. However in the anime, she tends to be shy and lonely. In fact, Kagami hides the fact that she has a deep affection for her friends, especially Konata.

19. Minatsu Shiina From Seitokai no Ichizon

She is the 32nd of student council representative and the older sister of Mafuyu Shiina. Minatsu is described as a tomboyish character with fairly good athletic abilities. She is very popular among girls and she also keeps a secret, that she has little interest in Yuri.

It’s clear from the title what this anime tells you about. Ayano is the vice president of the student council. It is said that she fell in love with a girl named Kyoko Toshino, Ayano also always called Kyoko by her full name and with shame. The character Tsundere from Ayano will appear when around Kyoko.

This character is one of the tsundere who is wild hardcore and brutal. Misato is an ordinary student who is always cold towards Koujirou. She is depicted with short hair and brownish eyes. She is one of the extreme tsundere characters, especially when she’s with Koujirou. She will immediately take out her weapon and will be very embarrassed, out of nowhere. Even so, she really cares about her younger sister named Mihoshi Tachibana.

Michiru is a 17 year old girl who works at terminal service no.1 and become the senior of the main character Tsukasa. She has feelings for Tsukasa but she refuses to admit it. As seen from the anime, Michiru is a pretty good girl, even though she is very jealous of Tsukasa and Isla. Despite being a Senior, Michiru cares deeply about Tsukasa and will do whatever she can to support him.

It is said that she is one of the harem characters from this anime. She is the daughter of Tenma Kashiwazaki, the principal of St. Chronica Academy. Sena is rich and beautiful. She’s got academic achievements and 2 great assets that make her popular among male students, even though she is alienated by girls.

Kurisu Makise is a daughter of Shouichi Makise. She is a genius girl who graduated from university at the age of 17, and became a member of the Institute of Brain Sciences at Victor Chondria University. Kurisu is described as a young woman who is wise and serious. But sometimes, she also shows a shy side of her, especially when Okabe calls her with a strange name.

She’s known as the devil president, from the Seika High School student council who secretly works part time as a servant of Maid. Before Misaki’s father left her, she was a gentle and helpful girl, but everything changed and now, she became a person who likes to criticize men and thinks they are dirty and unreliable. She is actually an ordinary maid worker until her schoolmate named Takumi finds out about her job. Takumi often teases her and makes fun of her, causing her to be embarrassed and bring out her tsundere side.

12. Yui Kotegawa From To Love-Ru

Yui is the Head of the Sainan High School public morals committee. She is obsessed with everything that is proper and polite, and there is no tolerance for anything deviant. Yui is quickly irritated by the strange act related to Rito. However, every meeting with Rito will usually end in embarrassment.

She is highly rated as the vice president of the student council at Shuchin Academy and a member of the arrow club. On the anime, Kaguya is a cold and very rational individual. But, since her encounter with Miyuki Shirogane, everything has changed. To see Kaguya’s behavior, watch the anime yourself because the anime from Kaguya-sama wa Kokurasetai is still a brand new anime and of course still fresh.

10. Louise Valliere From Zero no Tsukaima

She is the main protagonist of Zero no Tsukaima. Louise Valliere is the third daughter of the Valliere family which is a famous noble family in Tristain. You could say that Louise is a complex character, with a complete personality. She does her best to be a noble, but sometimes she can be impatient, temperamental, and shy.

Rin is a young woman with aqua blue eyes and long brown hair in double-sided pigtails. Known as someone who is always serious and very competitive, Rin is also the type of person who always looks down on others. But, from the bottom of her heart, she has a caring nature.

8. Erina Nakiri From Shokugeki no Soma

She is one of the main heroine characters in this anime. Being born in a rich family makes Erina spoiled and grew up to be an arrogant girl, until she met Souma. Slowly but surely, her arrogant attitude disappeared and became a girl with a high tsundere level. When she lived in the Polar Star hostel, Erina learned a lot about life and gained many skills as a potential wife.

The character who has the shortest body than other characters in this anime. Isla is a Giftia, which is a kind of android type in the form of human body that has artificial intelligence. First, Isla has almost no emotions, until her partner with Tsukasa Mizugaki makes her slowly learn about the human heart and begin to feel embarrassed.

Azusa or you can call Azu-nyan is a member of the light music club at Sakuragaoka High School. Raised by a family who love music, Azusa become a girl who really likes music. At this club, she acts as a guitarist. Because she is the most junior member among the others, Azusa is often teased by her senpai. Due to Azusa’s adorable expression, her senpai was addicted to tease her. Especially, when she first joined and was told to wear cat ears.

In the story, Asuka is a young woman who is 14 years old. It is said that Asuka is a native German, even though technically the citizen is American, the language Asuka uses is Germany. Asuka is one of the youngest pilots of Evangelion. She also belongs to people who are stubborn and find it difficult to express her true feelings to others.

Chitoge came from a mafia family and became the fake girlfriend of main character, Ichijo Raku. Chitoge is a girl who is firm yet easily forget. If she wants to know more deeply, she becomes a chatterbox but in the positive way. Although at the beginning of the meeting, Chitoge slowly opened her heart to Ichijo, due to her extreme tsundere nature, their meeting ended in a fight.

Because of her habit of often yelling at others in a brutal way and with a short body, she earned the nickname Palmtop Tiger. Taiga is described as a tsundere deconstruction, whose mood swings are very rapid, emotionally unstable, and usually make bad decisions based solely on emotions. Regardless of her nature, Taiga is one of the world’s influential loli in this century.

She was esper with level five and ranked third in the city academy. The nickname is Railgun because of her signature moves, although sometimes meki sometimes grumpy, Mikoto is a friendly and easygoing girl. Even though she is a level 5 esper, she did not look down on the esper whose level was below her, it also made her friends surprised.

It is told Kirina as the younger sister of Kyousuke and the youngest of the Kousaka family. From the outside looks, she’s like a perfect girl and is idolized by many people, but in reality, she’s an otaku and a fan of eroge games or adult games. Kyousuke found out his sister’s secret fact that made Kirino drags her brother to the otaku world. During their time together, Kirino shows her tsundere side.

That is it from today’s post on Top 20 Best Tsundere Anime Girls List. If you do not agree with the points in the post and have some of your own opinions, share them with us in the comments section down below. Keep visiting Animesoulking for more information about Anime and Manga.