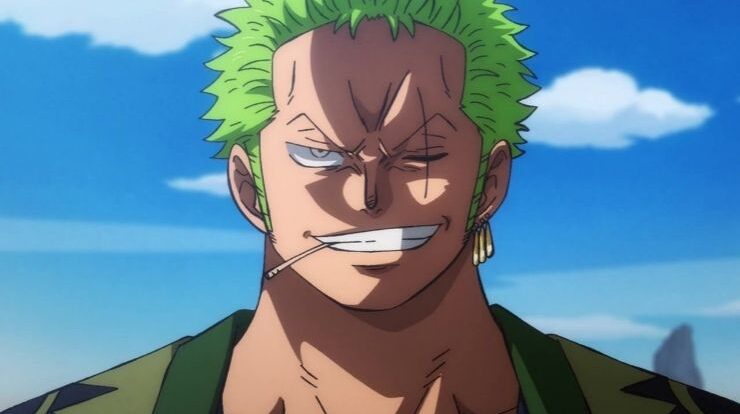 Saber is one of the main female characters in the Fate / Stay Night series and one of the three main heroines with Rin Tohsaka and Sakura Matou. She is the class servant of Kiritsugu Emiya in the fourth Holy Grail war of Fate / Zero. After becoming a servant of Sakura Matou, she is known as Saber Alter, who is one of the strongest servants in the entire country since her class is known to have excellent statistics in every aspect.

Ichigo Kurosaki is the protagonist in this anime. He is an ordinary teenager until one day he meets a Shinigami named Rukia Kuchiki. In human form, Ichigo is a person who has good reflexes, fast and agile as basically Ichigo has been trained in martial arts since childhood. He was able to reach Bankai level in 2 days, which is surprising since a normal Shinigami will need 10 years to learn Bankai. Ichigo’s bankai form will shrink his sword to Daito and turn black. Apart from having Bankai powers, Ichigo also has Hollow powers within him, so he can wear a Hollow mask and be able to unleash hollow powers.

One of the thousands of beta testers for the beta version of the latest Virtual Reality Massively Multiplayer Online Role-Playing Game (VRMMORPG) based game series called Sword Art Online. Being a solo player due to the death of his guild members, Kirito is also known as the Black Warrior because of his tendency to wear black clothes. Also known as a large sword user. Elucidator, is one of the swords used by Kirito, the iconic sword that became the main weapon until the SAO game series was successfully completed. The characteristic of Elucidator is the color which is black and its sharp blade has a gray color.

7. Zenitsu Agatsuma From the Kimetsu no Yaiba

One of the protagonist characters from the Kimetsu no Yaiba series. As a demon slayer, Zenitsu is said to be a coward. Also, often said that he doesn’t have long to live because of the dangerous work of being a demon slayer. That’s why he often considering himself inferior and useless. But despite all his vices, Zenitsu has a high sense of hearing with a natural ability to increase it that allows him to hear people’s thoughts if he uses the sense of hearing to its full potential. The hallmark of Zenitsu’s fighting style is unconscious fighting. For your information, he will be much stronger when he is sleeping and will exceed the limits of his strength from conscious mode. Basically, Zenitsu has extraordinary reflexes, but his coward side prevents him from using his strength to the maximum.

Also known as Hitokiri Battosai. Himura Kenshin is the main character in the anime Rurouni Kenshin. He is a former samurai massacre in the Bakumatsu era before the Meiji restoration which made him retire to become a samurai and become an ordinary traveler, traveling around Japan for 10 years in search of redemption. By carrying a Sakabato ( the inverted-eyes sword), he vowed not to kill again. Since the age of 14, he has mastered the Hiten Mitsurugi-Ryu Technique, by relying on maximum god speed, he will attack and run at full speed to slice his enemies. After the Meiji restoration, he returned to Tokyo and met Kamiya Kaoru, a female teacher at one of the dojos there. Together with Kaoru and the others, Kenshin tries to live in peace and forget everything about his dark past as Hitokiri.

5. Roronoa Zoro From One Piece

Who is known for his 3 sword technique. At first, he was known as a bounty hunter and eventually became the first nakama in the straw hat pirates. He is one of the 3 strongest fighters in the straw hat pirates crew. After the time skip, Zoro’s abilities have increased through intensive training for 2 years with Dracule Mihawk, he can cut very large objects with ease and precision, for example, Zoro is able to cut a Pacifista into 2 parts in one sword slash. Even without his sword, Zoro has extraordinary physical abilities. The only drawback of this character is that he cannot read the direction, yes, he is blind map.

4. Levi Ackerman From Attack on Titan

In the story, Levi was born from a very poor family in the underground city within the walls. In that area the law has been ignored, the residents live without rules. Levi’s mother died in the care of by his uncle named Kenny. Levi is described as a clean-up freak. Even so, he is the character that can be said to be calculating and tactical. In addition, he is inherited the blood of the Ackerman family, which is known as Awakened Power which can make the Ackerman clan have physical abilities, speed, and fighting above the average. Levi has its own special force called Levi’s Squad, this troop is considered to be the most effective Titan hunting troop because it contains Levi’s chosen people who also have very high individual abilities. After all of its members died facing the Female Titan, except Levi and Eren (fyi, at that time Eren was immediately joined in Levi’s squad as the youngest new member), Levi formed a new squad consists of Eren, Armin, Mikasa, Jean, Sasha, and Connie.

3. Killer B From Naruto

A character who likes to sing songs in a rap style. Even so, he is one of the Jinchuriki of 8 Hachibi from Kumogakure. Famous for his unique sword style, he is able to use 7 swords at once effectively. In addition to his unique sword power, Killer Bee is also a Jhincuriki who is able to fully control his Biju powers. Then there is one more sword named Samehada which is able to absorb chakra, this sword is a legacy from Kisame, a member of the Akatsuki clan who was killed.

He is the main character in this anime. Gintoki is a former samurai rebel from the Joui war in the past. Because of his strength, he is known as Shiroyasha (White Yaksha) that can be said to be a kind of demon in Hinduism and Buddhism. This chosen weapon is a wooden katana called Bokutou. Behind his silly character, it turns out that Gintoki is a terrible killer monster who hides his story and closes it deeply.

1. Dracule Mihawk From One Piece

He is known as a pirate and the Shicibukai with the nickname eagle eye. Mihawk is one of Zoro’s rivals and teachers in the world of One Piece. Being considered as the greatest sword wielder because he doesn’t use the power of a devil fruit, but with the pure strength of an ordinary human. It is told in the Marineford arc that he can split the iceberg with his sword easily.

That is it from today’s post on Top 10 Best Anime Sword Users. If you do not agree with the points in the post and have some of your own opinions, share them with us in the comments section down below. Keep visiting Animesoulking for more information about Anime and Manga.

Chandan is the writer of “Top 10 Best Anime Sword Users”. Also, Connect with me on youtube and Facebook.