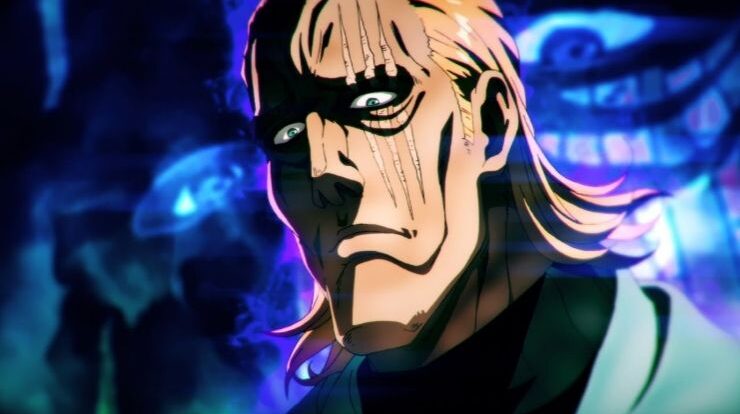 Top 10 Anime Characters With A High Level Of Luck – Hey guys!. In this post, I’ll be discussing a list of Top 10 Anime Characters With A High Level Of Luck. In anime, there are several different characters based on various aspects, one of which is the matter of the character’s luck. It can be seen that sometimes, in one anime, there are characters who are always unlucky and the other characters who are lucky, such as to be lucky in school, lucky to win holiday prizes, and even get lucky having a harem group. Well, without further a doe, here’s the list of the anime characters who have a great luck. So, let’s get started.

He is also known as “Sugimoto the Immortal”. Sugimoto was part of the 1st division in the Japanese army. Being given the nickname “Immortal” does not mean that he has the power that Over Power. In fact, he doesn’t even have the slightest magic power. The nickname was given because he was the lucky one. The fact that he is still alive after going through some dangerous accidents such as being stabbed, shot, punched, and even being thrown into freezing cold water, shows us how lucky he is. Because of all things he went through that almost made him die, most parts of his body was covered with wounds.

Dazai is a mysterious person. His true intentions are never revealed, unless he reveals it himself. Even though he is depicted with a slightly lazy character, Dazai is one of the lucky people in the Bungo Stray Dogs anime. Despite being lazy, he himself is a brilliant and a great strategist. It is told that Dazai is the best investigator and fighter for the Armed Detective Agency, a group of superpowered detectives that tackle crimes which normal police cannot handle. In the world where dangerous criminals are born with the supernatural abilities, Dazai is equipped with a skill that can neutralize the abilities of others.

Born in a beautiful face, plump body, and smart brain, make Sakura as one of the best lucky characters. Her luck is no kidding great, almost all of her problems will be resolved quickly. Apart from having enormous luck, Sakura also has the ability to absorb other people’s luck, leading to tragedy and even death. Her luck is too great that the God intervened to control and seal Sakura’s luck. But, because of her luck itself, it made even the God Himselves had difficulty in handling Sakura.

7. Buggy From One Piece

In the story, Buggy is a pirate who always looks like a clown. He is the eater of a devil fruit called Bara Bara no Mi type Paramecia, which allows Buggy to make almost all parts of his body apart but he can control it in the limited distance. Buggy’s fortunes began during in the Impel down arc. He was actually a prisoner there and he succeeded to escape from there. Even after being free from the jail which is notorious for his cruelty, Buggy was appointed as a Shicibukai. His luck still continued until the Marineford arc when a major war took place.

Also known as Hercule Satan, he was the world martial arts champion before the Goku era. It can be said that this character is important yet sometimes it’s not important, like, sometimes it is useful but there are more useless things that he did. This character is one of the luckiest characters. For example, during the martial arts tournament, Mr. Satan always came out as the champion, even though he was always beaten up by his stronger enemies. The luckiest scene of his is during the arc against the demon Buu, the only person who survived the terror of Majin Buu was Mr. Satan. He always manages to avoid the problems that come. He played an importat role in the end of the arc of Buu that save Goku and Vegeta who face a hard time defeating demon who is almost immortal. Then, Mr. Satan spoke to humanity on earth to give his Genki energy.

Makoto is one of the students at Hope Peak Academy class 78. It is said that Makoto has super high luck. Makoto’s fortune is just his talent as a lucky student by winning the lottery. Thanks to this, he was able to enter the academy as a lucky student. Makoto’s luck also save him during the Last Killing Game event, from various dangerous situations. Although his luck was not as strong as his predecessor which is Izuru Kamukura, his luck patterns were different from him that is also difficult for Junko to analyze and predict. Thus, Junko predicted that he might be able to spoil his flawless layout plan, which ironically also made Junko allow him to live in Killing School Life.

4. King From One Punch Man

The same thing as Mr. Satan, King is a character who has a very high level of luck and always survives deadly battles. With a terrible face, King was able to be the seventh rank position as the hero S-class, purely because of his great luck. Even, he is called the strongest human in the world. But in reality, King is just an anti-social otaku who doesn’t have any super powers. Actually, King wanted to stop being a hero because he was afraid that more and more monsters would target at him because of his terrible reputation.

In the beginning, Yumeko was shown as an ordinary student who was transferred to the Hyakkaou Private Academy. This academy is designed to train the children of politicians and business leaders who are prepared for the future. In this school, gambling has become the habit of the students. Yumeko is a person who doesn’t care about winning, but turns out, she has talent in gambling. At first, Yumeko only wants to experience gamble with big bets, but then, she do it again and over again, to the point of pushingher sanity level beyond the limit. Even though actually she doesn’t care about winning, Yumeko is a very lucky person because of her natural talent as a gambler who has the instincts and skills as an elite gambler.

2. Rito Yuuki From To Love-Ru

He is one of the main characters in the To Love Ru series. Rito is actually an ordinary teenager until one day, he got trapped in the circle of the harem which makes him surrounded by beautiful girls. Rito has abilities that make him closer to other girls. Without realizing it, he has sexual attraction that makes the opposite sex want to get closer to him.

Although shown as a human who died in a very shameful manner, Kazuma is a very lucky character in KonoSuba, especially when he was transferred to an alternative world with the goddess as his guide. Even though Kazuma had a party where all the members were useless, somehow he got past it and always found a way to solve the problem. One of Kazuma’s fortunes you can be seen in one of scenes where he did a ‘Jankenpon’ with Aqua, here, Kazuma always wins, even until Aqua uses his goddess power, Kazuma still wins the suit.

That is it from today’s post on Top 10 Anime Characters With A High Level Of Luck. If you do not agree with the points in the post and have some of your own opinions, share them with us in the comments section down below. Keep visiting Animesoulking for more information about Anime and Manga.

Chandan is the writer of “Top 10 Anime Characters With A High Level Of Luck”. Also, Connect with me on youtube and Facebook.