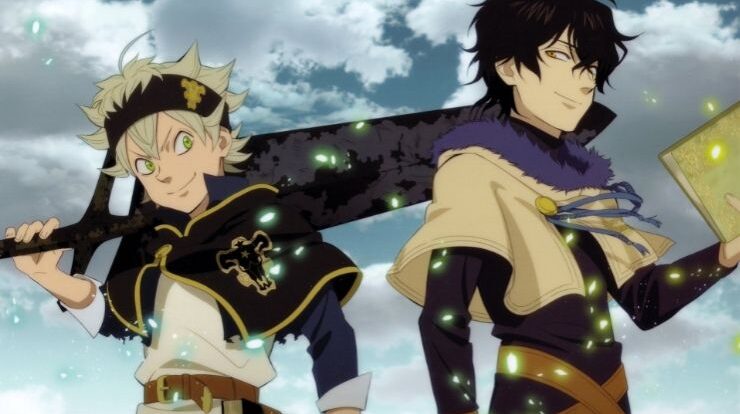 Top 10 Best Shounen Anime to Watch – Hey guys!. In this post, I’ll be discussing a list of Top 10 Best Shounen Anime to Watch. Shounen is a genre of anime that is popular and widely known. The Shounen genre is usually popular among teenagers because this genre targets the youth market. Not only the youngsters, many adults are also interested in this genre. The theme adopted from shounen itself is around friendship, adventure, family, and the search for identity. Today I’ll give you the list of the best shounen anime. So, let’s get started.

This anime is a famous anime since its release. Not only the anime version, but the Death Note series also got a Live Action adaptation and got several Live Action episodes. The story is full of mystery and action scene that makes this anime very popular in the world. The Death Note anime focuses on a man named Light Yagami who wants to fight crime after getting the Death Note from a Shinigami named Ryuk. This notebook can kill anyone by writing the name of the target in this book.

This is an anime without violence and fighting scene. The story of Bakuman revolves around a young man named Mashiro who wants to aspire to become a professional mangaka. But all his plans didn’t go according to plan. It discouraged him from becoming a mangaka, until one day he met Akito Takagi who then invited him to return to the manga world and started a new chapter for Mashiro in order to become a professional mangaka.

This anime sets in a world filled with a lot of magic. In a country called Fiore, there is a magic guild called Fairy Tail. The story begins when a woman named Lucy wanted to join a magic guild there, but she was tricked and kidnapped. In this incident, Lucy finally met Natsu and invited him to join the Fairy Tail guild. Together with Natsu and other guild friends, Lucy begins her adventure as a mage in the Fairy Tail guild to fight against evil forces. The story of this anime is quite light.

It is one of the unique anime that managed to offer freshness, especially in the story concept. And the atmosphere of the world that is presented after the disaster is quite amazing with various descriptions of wild plants and animals that have ruled the earth for thousands years. It started when green light appeared in almost all corners of the world and turned everyone on earth into stone. Thousands of trapped people have already given up on their lives and chose to die as stone, but not for the others. Some people still have faith and hope that one day they can be free from petrification. After waiting for more than 3000 years, Taiju is finally free from the stone prison. Soon after, he meets his best friend Senku Ishigami. From that moment, Senku’s role in bringing human civilization to a more advanced direction begins.

This anime sets in a world filled with magic, where almost every day, the people rely on the magic they have. But one day, there was a boy named Asta who was born without the slightest magic power. Since childhood, Asta lived in an orphanage with friends and nuns who were there. Together with Yuno’s friends and rivals, they have a dream of wanting to become Mahoutei, which is the title given to magic knights in the Clover kingdom. But unlike Yuno who has great magic, Asta’s struggle is much tougher because he was born without any magic power inside him. Even though he doesn’t have magic, Asta will never bury his dream of becoming Mahoutei, one day.

This anime is one of the anime themed Sport. It started when a boy named Hinata Shoyo wanted to become a professional volleyball player after seeing a match from one of the players from Karasuno High School who was nicknamed Litte Giant. Although the main requirement for volleyball players is to have a sufficient height, Hinata, who is below the average height, never gives up and always practices. His madness grew when he entered high school and met Tobio Kageyama, who would later become his partner in the high school volleyball team. This anime is quite interesting, especially if you like the Sport genre, all the movements and tricks in this anime are an adaptation of the actual application of volleyball, such as Block, Smash and others.

This anime is one of the Shounen anime that presents many characters in it, each character that is presented also has a background and its own uniqueness. The story itself begins with a young man named Gon Freecss, who went to find his father that turned out to be alive and well. Gon’s father is a Legendary Hunter. After knowing the truth from his father, Gon is determined to follow in his father’s footsteps starting from passing the Hunter Exam that will be held. After getting a Hunter license, Gon and his friends started their adventure to become a famous Hunter.

It is a game-themed anime that can be said to be very successful in the market. Starting from a light novel by Reki Kawahara, this series has grown rapidly and has become one of the largest franchise in the world. Starting in 2022, which is exactly the year when a VRMMORPG game titled “Sword Art Online” is launched. With a device called the Nerve Gear, a helmet-shaped device with a Virtual Reality feature that stimulates the five senses through the player’s brain, they can sense and control the character with their thoughts.

This anime is quite popular and gets many good reviews from anime fans. The story begins when almost all human populations in the world are born with special and unique powers called quirk, except a teenager named Izuku Midoriya. In fact, he didn’t have the slightest talent and special strength, so he was bullied by his friends. But with all that weakness, it doesn’t mean that Izuku’s dream to become a hero will disappear. And in the end, Izuku’s determination paid off, all changed when he met All Might, the idol he looks up to.

Not only in Japan, this anime is also very successful in many parts of the world and has become one of the best anime of all time. Attack on Titan presents various conflicts, mysteries and tragedies that are designed perfectly. Even the manga from Attack On Titan became one of the best-selling manga series in history, having sold more than 100 million copies in print worldwide. The story of this anime begins when a giant creature named titan killed and nearly annihilated all mankind on earth. Not only telling the stories about titans who prey on humans, but in a deeper story, Attack on Titan tells the story about the clash between the kingdom and the secret behind the titan figure that makes this anime interesting to watch.

That is it from today’s post on Top 10 Best Shounen Anime to Watch. If you do not agree with the points in the post and have some of your own opinions, share them with us in the comments section down below. Keep visiting Animesoulking for more information about Anime and Manga.

Chandan is the writer of “Top 10 Best Shounen Anime to Watch”. Also, Connect with me on youtube and Facebook.