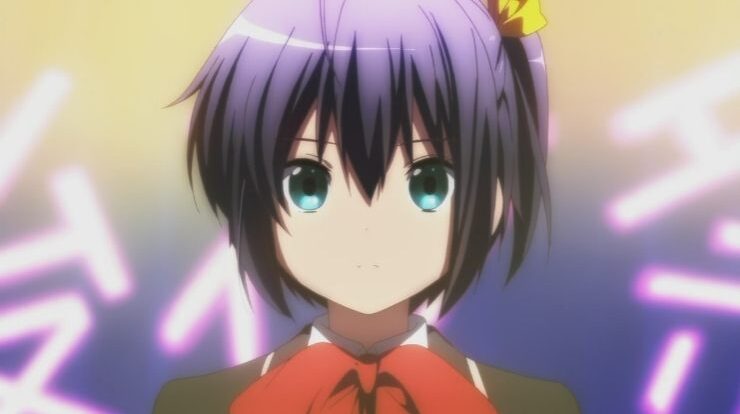 Top 10 Beautiful Anime Girls But Stupid – Hey guys!. In this post, I’ll be discussing a list of Top 10 Beautiful Anime Girls But Stupid. Each character must have certain characteristics that make them always be remembered and memorable by the audience. Of the beautiful girls in the anime, there must be some who have “baka” traits or being stupid and sometimes useless. The behavior and even her mind are like a child. Characters like this are usually depicted beautifully but have a dark side, which is their own stupidity. This time, let’s talk about some beautiful anime girls but stupid. So, let’s get started.

Usagi is the guardian of love and justice who comes from the prosperous civilization on the moon known as the kingdom of the moon, which is then reborn on earth and awakens as the leader of Sailor Senshi. Usagi has blue eyes and long blonde hair. Her usual outfit is a blue high school sailor uniform, a uniform that has a blue sailor collar with three white stripes. Even though as the leader of Sailor Senshi, she at first looks like an immature prickly girl, She also cries easily and often overwhelmed with emotions. Basically, Usagi is rather selfish and also considered lazy and hate school. Sometimes, she also shows unshakable hope. Even so, she can get jealous sometimes, especially to Mamoru.

Hafuku is the main female protagonist of the series. She has a habit of loving to fight and likes to face stronger opponents. The source of her strength comes from intense martial arts training from her mother and also being trained in various manners. Hafuku is a beautiful girl with blonde hair that covered his back. In everyday life, Hafuku is usually seen wearing the Nanyo academy uniform which consists of a red checkered skirt and also wearing a yellow sweater vest with a shirt.

8. Kurousagi From Problem children are coming from another world, aren’t they?

Kurosagi is one of the protagonist characters in this anime series as well as the member of ‘No Name’. It is said that Kurosagi is the “Aristocrat of Little Garden” and the person responsible for summoning Izayoi, Asuka and You to the small garden. Kurosagi or commonly called the black rabbit is an attractive young woman with long blue hair and not to mention the rabbit ears that are the characteristic of her race. Despite having extraordinary strength as a noble from Little Garden, basically Kurosagi is often in Jahili and looks very stupid.

Ritsu is one of the 5 main characters in the K-On anime. She is also the chairman of the Light Music Club, which plays as a drummer at Hokagou Tea Time. As the chairman of the light music club, Ritsu is a source of fun and encouragement in the band since she often make jokes and sometimes it can be sarcastic. Ritsu also has a cheerful personality but often experiences problems when remembering things about club activities and important announcements. Her other bad trait is that she often collects as much money as possible making her appear greedy. From the beginning of the anime, K-On Ritsu is a character who is also lazy, especially in terms of lessons. She likes to have fun and forget about her bad grades. Regardless of his character, Ritu is actually a beautiful character with blonde hair color with back-drawn bangs.

In the anime Rosario + Vampire, almost all female characters are all stupid and insensitive. But this time, we will discuss a Succubus figure from this anime. Kurumu Kurono is a succubus and student at the Yokai academy. One of her goals is to seize Tsukune Aono from Moka Akashiya’s hands. She is a very innocent character who really longs for affection. Almost like her mother, Kurumu as a Succubus also has a beautiful face as well as her body that she’s very proud of. Kurumu is known as a very cheerful and confident girl, but at first glance Kurumu can also be childish and selfish.

Mako is Ryuko Matoi’s first friend and best friend as well as the Tritagonist character from the anime Kill la Kill. She is a silly and energetic girl full of enthusiasm who becomes one of the students at the Honnoji Academy. Mako is a very hyperactive, cheerful and affectionate girl who seems to always stick with anyone she befriends. Although always being cheerful, she is actually a girl who is quite lazy like she fell asleep immediately when the class started. Mako was born into a poor family, her family tends to be obsessed with wealth. In appearance, Mako is a teenage girl with brown eyes and short hair that is styled like a bowl. She is often seen wearing the standard uniform of the Honnoji No Star Academy with a white short-sleeved shirt and a blue skirt.

At the beginning, Yui was an abandoned child who was found by Richter and transplanted Cordelia’s heart into her. She later became the adopted daughter of the priest and vamprire hunter, Seiji Komori. Basically, Yui is a cute and kind girl with an innocent and naive attitude because of being raised by her adoptive father. Throughout this anime series, she is shown to be strong-willed and brave when dealing with boys. But basically, Yui is still human and afraid of them when threatening her. Besides being known for her stubbornness, Yui is also known to be very religious and believes in God.

Ikaros is a deutragonist character and also the main female character of this anime series. At the beginning, Ikaros, who came from the Synapse portal and fell to earth, was saved by Tomoki. She said that she is a pet class Angeloid type Alpha. Ikaros is an obedient, melancholy and usually calm Angeloid. However, there’s still possibility that she will commit violence against her master, Tomoki. As an Angeloid pet, Ikaros will do whatever Tomoki tells her to do, even to do something fun. Ikaros is also famous for her fondness for major bull objects such as watermelon. Due to the low emotional capacity, throughout the anime series, Ikaros tries to develop her emotional capacities such as sadness, love, anger and even jealousy.

Rikka is the main female protagonist of this anime series. She is a Chunibyo practitioner who enrolls at Icho Private High School. Unlike Yuuta who had quit the shameful Chunibyo activities, when she entered High School, Rikka was still suffering from Chunibyo. She believed that she was a magician possessed by the ‘Tyrant Eye’ who could reveal destiny. As her trademark, Rikka always appears with a medical eye patch on her right eye, which according to her, it is the seal of the Tyrant Eye. Rikka is described as a girl with a small body and has dark blue hair and yellow ribbons, She also wears yellow contact lenses and on her right doesn’t forget to wear a medical eye patch. Apart from her delusions about being a magician, she also has her own fantasies about an umbrella which she considers a sword.

Similar to Ikaros on the previous list, Astraea is an Angeloid but it is a different type from Ikaros. Astraea is known as a delta type angeloid, she is the 1st generation android, and the last one who is freed from the control of the Master of Synapse. She can be described as a very stupid girl and also, she has the lowest intellectual capacity among other angeloids. Despite not having sufficient intelligence, however, Astraea has a very good physical appearance with her long blonde hair.

That is it from today’s post on Top 10 Beautiful Anime Girls But Stupid. If you do not agree with the points in the post and have some of your own opinions, share them with us in the comments section down below. Keep visiting Animesoulking for more information about Anime and Manga.

Chandan is the writer of “Top 10 Beautiful Anime Girls But Stupid”. Also, Connect with me on youtube and Facebook.