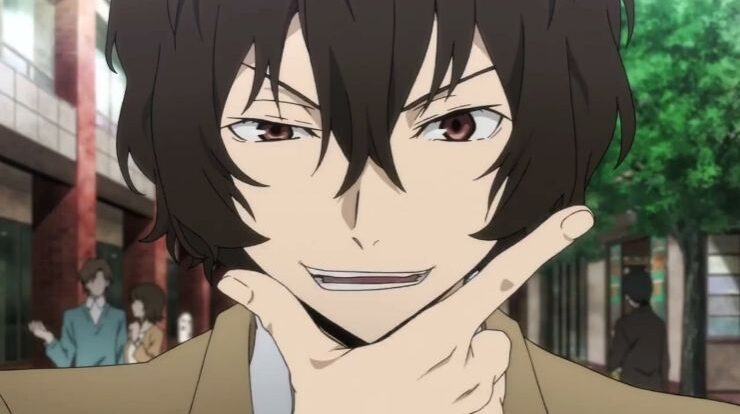 Top 5 List Of The Smartest Anime Character – Hey guys!. In this post, I’ll be discussing Top 5 List Of The Smartest Anime Character. Same as in the real world, in the anime, there will be a character who have more intelligence than those around them. People with physical strength are not the only one who can rule and lead, most of them cannot fight but have extraordinary brains that carry out strategies that are impossible for normal humans to do. Today we’ll continue our discussion about the smartest character in anime history. So, let’s get started.

Kyoko is a student from Hope Peak Academy class 78. Besides being beautiful, Kyoko is also a smart and mysterious girl who always hides her feelings. She will always keep calm and also she isn’t easily affected by major events that occur. In the story, she sometimes plays a major role in solving the mystery of the perpetrator on the class exam and also one of the students who sees things objectively and does not quickly draw conclusions. Behind her cold personality, she seems emotionally to get angry easily.

Osamu is a member of the Armed Detective Agency and the former Executive of the worst underworld organization in the city, Port Mafia. Osamu is a mysterious person and everything he does is never revealed, unless he himself reveals it. Although sometimes considered lazy, Osamu is a very intelligent person and has a sharp mind. Despite being described as a cheerful person, he still retains some of his darker personality. Apart from being known for his fortune and intelligence, Osamu also has the No Longer Human ability, which allows Osamu to negate the abilities of others whenever making contact with him.

Kenma is a student at Nekoma High School as well as a Setter on the volleyball team. Kenma is a person who has a calm and analytical personality. With the ability of Court Awareness that he has, Kenma is so observant that he will see the movements occured on the field at any time. No wonder that he can understand the formation of players quickly and conclude the path that will be taken by the opponent. This ability also allows him to customize Nekoma’s defenses and develop plans to limit certain play.

Kisuke is a former captain of the 12th division. As a Shinigami, he lives in the human world where he sets up a small shop and sells Shinigami goods. Kisuke is described as a man who is always relaxed, optimistic, and also humble, but sometimes he also show a cunning and serious side of deceiving when the situation requires him to do so. Kisuke also has a bankai called Kannonbiraki Benihime Aratame, with the power to reconstruct living things even in inanimate objects. However, this bankai has a limited range, that if anyone exits a certain radius, any changes made will return to normal.

Although rarely seen in the Naruto series, Shikaku is the Jonin commander in Konohagakure as well as the head of the Nara Clan. His abilities and skills make him highly respected by Shinobi even by Kage, especially Onoki who trusts him to lead the entire shinobi alliance to replace the Kage. In the 4th shinobi world war, Shikaku used the skills and abilities he had to make the clever tactics and strategies. He is quick and calm in recognizing a lot of information, so that people believe in him.

That is it from today’s post on Top 5 List Of The Smartest Anime Character. If you do not agree with the points in the post and have some of your own opinions, share them with us in the comments section down below. Keep visiting Animesoulking for more information about Anime and Manga.