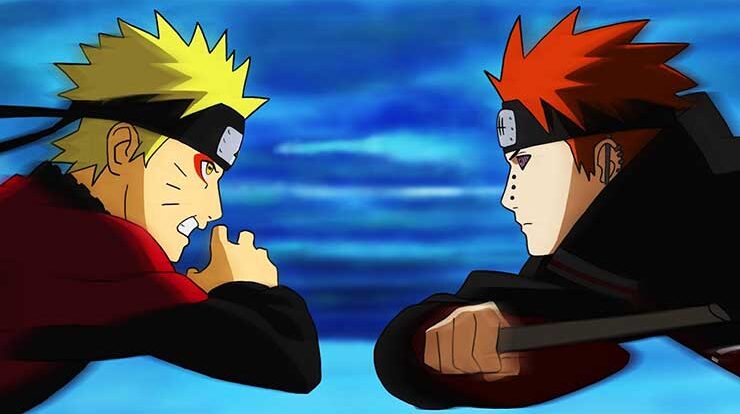 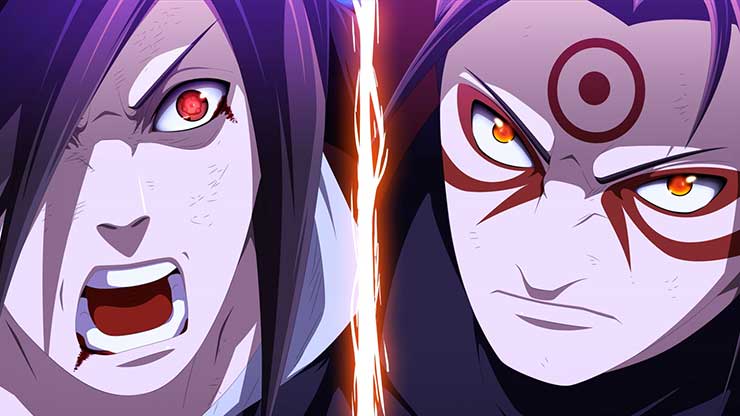 A long, intense and one of the most legendary battle that saw two powerhouses go against each other. Madara and Hashirama were the strongest shinobi in their time with no one else coming close. Throughout their stay they went up against each other several times, But the most memorable was this one at the valley of the end that saw madara use the help of the nine tails to battle hashirama and still lost. An unforgettable battle. 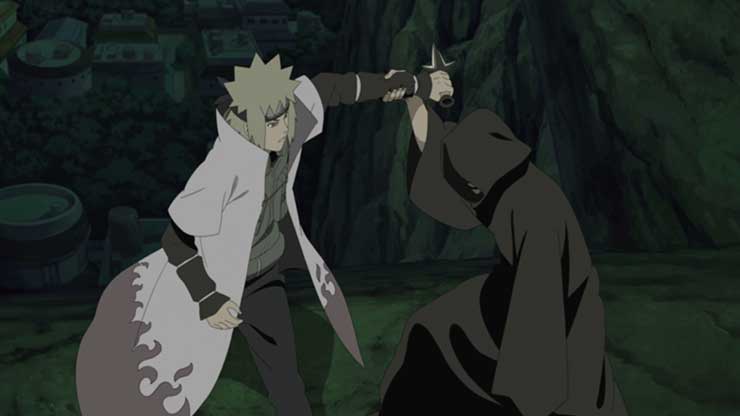 Another battle that prevented the complete destruction of the hidden leaf village. During minato’s reign as the fourth hokage, Tobi invaded konoha and attempted to destroy it using the nine tails. Possessing unmatched ninja powers in his time, Minato was more than capable of preventing the destruction of his village, Fending off tobi and defeating the nine tails although this also came at the cost of his own life. 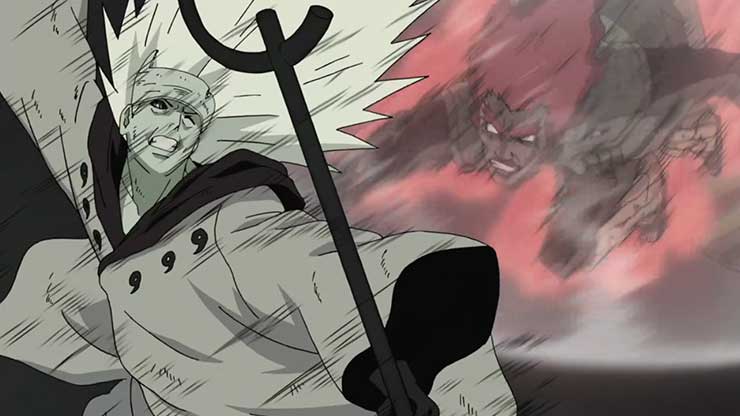 One of the most intense battle in history. Guy’s battle against madara occurred just at the right time. He arrived just in time to save his friends from madara (a few seconds late would have been fatal). Using the eight gate he gained enough power to battle and inflict severe damage upon madara who was the juubi host. Though he didn’t win in the end, he bought enough time for naruto and sasuke to arrive with their newly acquired powers. 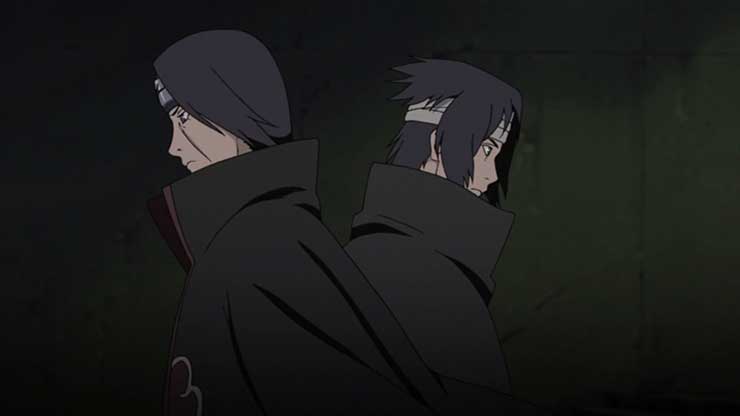 After years of training, Sasuke tracks down his brother Itachi and engages him in a lethal one-on-one match. This fight was incredible. All out action and emotions. It was sad to see itachi die. Two brothers fighting to the death. Can’t get any more emotional then that. The twist at the end is one that shakes first-time viewers to their cores. 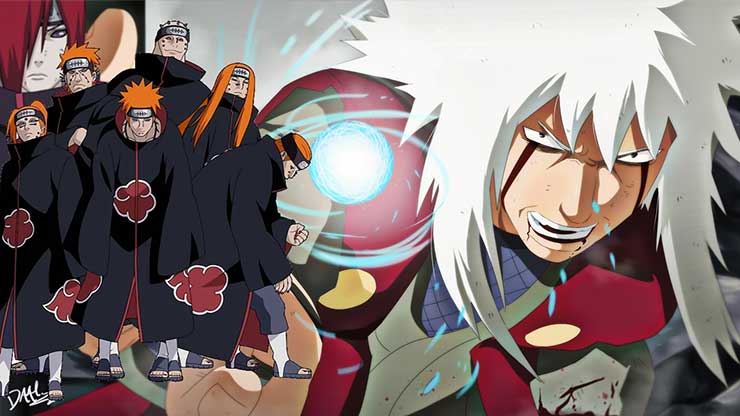 After infiltrating the hidden rain village, Jiraiya went toe to toe with pain in a very intense battle. Being a sage, he was capable of holding his own, taking down three pain bodies. Even though he lost, Pain himself acknowledged that things might have been different if jiraiya knew his abilities. This battle is quite significant because jiraiya succeeded in getting info which help konoha village against pain.

5. Madara Uchiha vs The Five kage 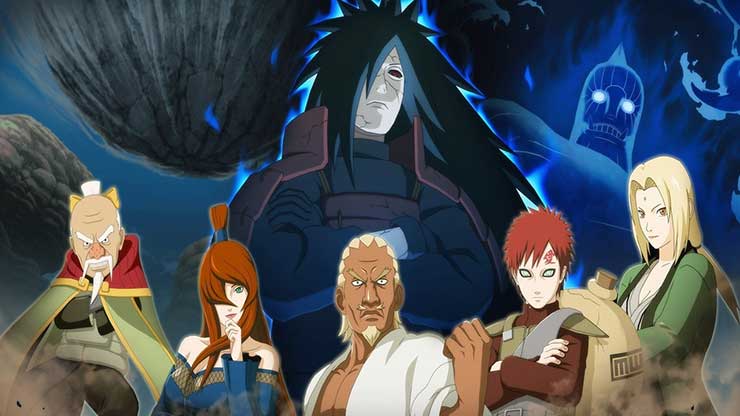 Another legendary battle that saw the five kage come together to battle against the legendary madara uchiha and the fight did not disappoint. Initially it appeared as though madara was being overwhelmed by the non-stop assault to the kage but as it turned out, he was only holding back. When he decided to show his true power “Perfect Susanoo” the kage were easily taken care of. It was a joy to watch.

4. Jiraiya vs Tsunade Senju vs Orochimaru 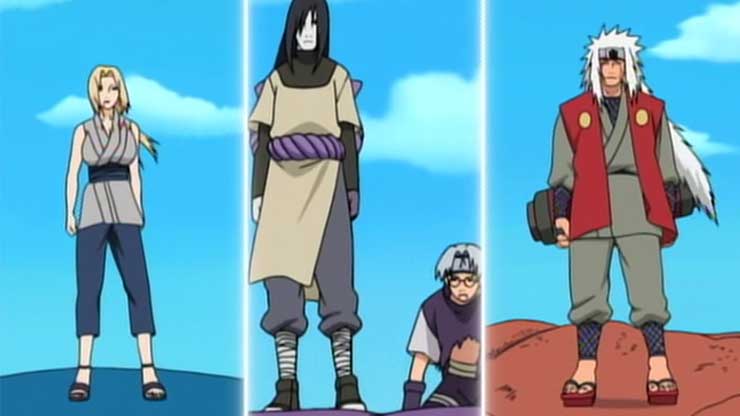 Jiraiya, Tsunade, and Orochimaru were once teammates are part of the legendary sannin and close friends, but once Orochimaru goes rogue and becomes a villain, his former allies feel obliged to take him down. For all three of them, this showdown was a long time coming. 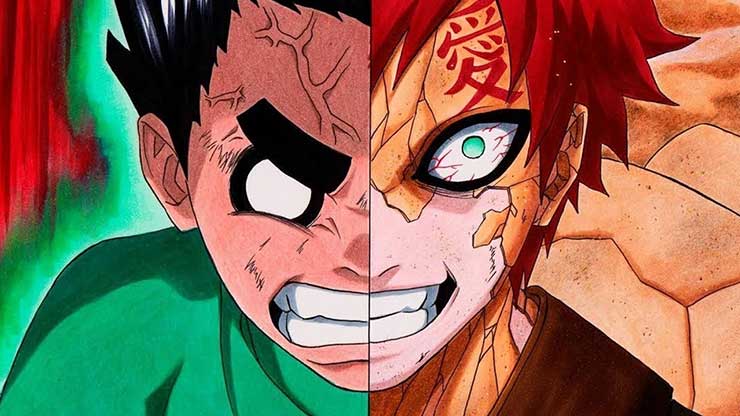 Rock Lee and Gaara face off during the Chuunin Exams. I think this fight is beautiful for a very interesting reason. The two showcase very different sides of the spectrum, even in how they fight. Gaara completely relies on Ninjutsu, while Lee completely relies on Taijutsu. And their personalities are exact opposites. Although Gaara is ultimately the victor thanks to the nearly impenetrable defense and ninjutsu bestowed on him by the One-Tails, Lee displays commitment and endurance that no one previously thought he possessed. 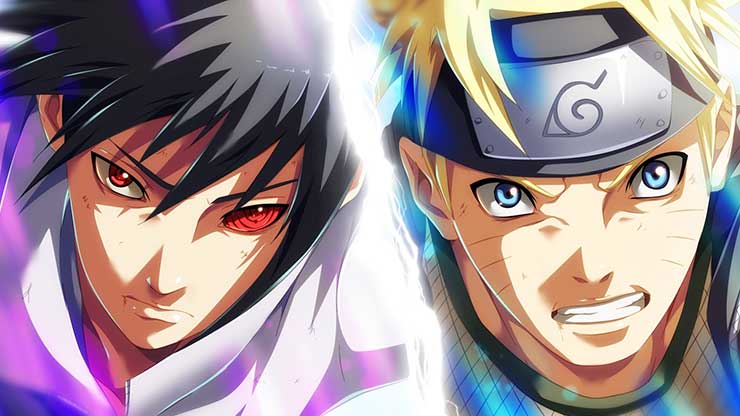 The first fight between naruto and sasuke was really incredible but I’m talking about the final battle where it was literally two gods battling it out. It was a sight to behold and asides from being a very intense, large scale, physical battle it was also a clash of ideals where in the end one won over the other. The future of the shinobi world was decided by this battle. 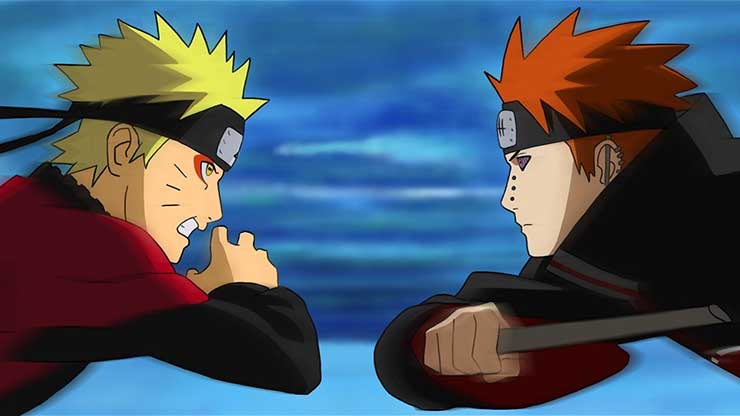 It is considered by many to be best fight due to each one’s personal reasons. Naruto arrived after mastering sage mode to battle against pain. The battle showed how far naruto had come and it also showcased the power of pain. Sage naruto proved too much for five pains but tendo was in another league and naruto had to uses the kyuubi tailed form to weaken him. In the end naruto defeated pain and convinced nagato to revive the dead shinobi of konoha.

That is it from today’s post on Top 10 Best Naruto Fights Of All Time. If you do not agree with the points in the post and have some of your own opinions, share them with us in the comments section down below. Keep visiting Animesoulking for more information about Anime and Manga.

Chandan is the writer of “Top 10 Best Naruto Fights Of All Time”. Also, Connect with me on youtube.