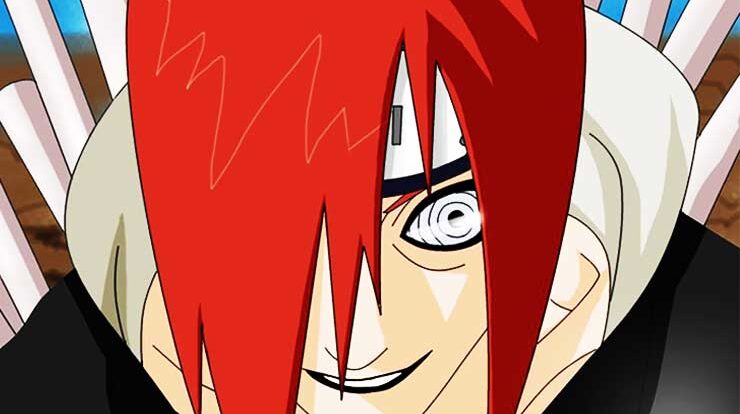 As an uzumaki, Nagato was able to handle two rinnegan from a very young age. He’s the only rinnegan user we’ve seen exploiting all six paths technique of the rinnegan. He is so strong that, by employing his power to six pain bodies, he could destroy the entire leaf village, battle against sage mode naruto. As a reanimation it required the combined effort of KCM Naruto, Bee and Itachi to defeat and seal him away. Due to being crippled for a majority of his life we didn’t get to see his full potential.

From the seventh to the eight gate, Guy goes from a high kage level shinobi to god level. The eight gate is many times more powerful than the seventh gate and while using it, he was able to damage ten tails jinchuriki madara. The Eight gate gives him access to many high level taijutsu techniques (Evening Elephant, Night Guy) and it makes him so fast that madara was incapable following his movements.

After reviving the ten tails and becoming its jinchuriki, Obito acquired six paths senjutsu, making him the strongest shinobi at that point in time. He became so strong that even hashirama “The God of Shinobi” openly admitted that he was no match for obito. He easily overpowered the reanimated hokages including BSM Naruto and EMS Sasuke. It took the entire allied shinobi force to extract the tailed beasts for him and this only happened because he was being affected by memories.

After meeting hagoromo and getting six paths chakra, Sasuke awakened a unique six-tomoe rinnegan. It gives him access to a unique ability “Amenotejikara” which allows him to switch places with objects and even people at a certain distance. The rinnegan gave him the ability to battle some of the strongest characters in the series like madara, kaguya, momoshiki, naruto etc. At this point in boruto, he and naruto are considered the strongest shinobi.

Madara also awakened six paths senjutsu after becoming the jinchuriki of the ten tails, combined with three eyes (Two Rinnegan and a Rinne Sharingan). He became so strong that, he was able to take-on six paths sage mode naruto and rinnegan sasuke at the same time and not lose. Many think he’s being surpassed by naruto and sasuke individually since they battled agasinst him as teens still getting used to their powers and it has been many years since then but to me it is still debatable.

Chandan is the writer of “Top 5 Strongest Non Kage Shinobi”. Also, Connect with me on youtube.