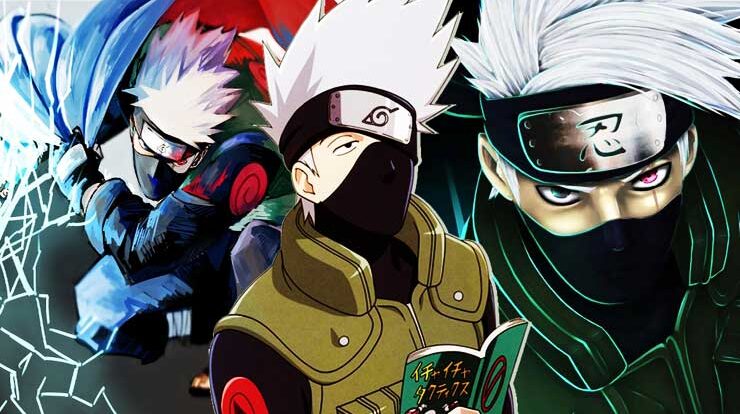 Top 5 Strongest Jonin In Naruto – Hey guys!. In this post, I’ll be discussing a list of Top 5 Strongest Jonin In Naruto. Konoha has produced some incredibly powerful jounins throughout history. All those who were promoted to jounin after the war arc are not included. Also, this only considers their time served as jounin. So let us count down the list from weakest to strongest.

Kakashi is one of the few shinboi who rapidly moved up the ninja ranks, thus becoming jounin at a young age. He was made a jounin at age of 13 and he stayed there until he become hokage after the fourth great ninja war. When the series began kakashi was already incredibly powerful, being portrayed as the strongest jounin around along with guy. He was renowned as the copy ninja due to his capability of copying jutsu using the sharingan which was given to him by obito.

Shisui was a very powerful shinobi, noted as one of the most talented and powerful uchiha of all time and famed as “Shisui of the Body Flicker” due to his capability in using the body flicker technique. His abilities allowed him to rise to rank of jounin at a young age. He even possessed a deadly genjutsu known as “Kotoamatsukami” said to be genjutsu of the highest calibre and it didn’t require eye contact to execute. He was praised by the likes of Danzo and Itachi.

Sakumo was a jounin of the hidden leaf village and he was renowned across the shonobi world as the “White Fang of the Leaf”. He was very powerful and famous, holding fame that surpassed that of the legendary sannin in his time. While being only jounin, he was strong enough to be ranked on the same level as the sannin. He was hailed as a genius shinobi and was praised for his talent in the ninja arts even by the likes of Minato Namikaze, The future fourth hokage.

Minato is also one of the few who rapidly moved up the ninja ranks. He became jounin at a young age and he was renowned as “The Yellow Flash of the Leaf Village” due to his incredible speed when using the flying thunder god jutsu. He was incredibly powerful, able to use Sage Mode, Flying Raijin Jutsu and he created the Rasengan by mimicking the tailed beast ball. For his performance during the third great ninja war, he was chosen over orochimaru to become fourth hokage.

Guy was jounin from the start to the end of the series, but that doesn’t mean his power was only jounin level just like many others on the list. However unlike the others on the list, Guy’s power was enough to battle against god tier shinobi “Madara Uchiha”. Kakashi was ahead of guy from the start, but guy eventually surpassed him through hardwork. Because he wasn’t proficient at ninjutsu, he had to master the eight inner gates which involves specializing in taijutsu but this was enough for him to become the strongest konoha jounin.

That is it from today’s post on Top 5 Strongest Jonin In Naruto. If you do not agree with the points in the post and have some of your own opinions, share them with us in the comments section down below. Keep visiting Animesoulking for more information about Anime and Manga.

Chandan is the writer of “Top 5 Strongest Jonin In Naruto”. Also, Connect with me on youtube.