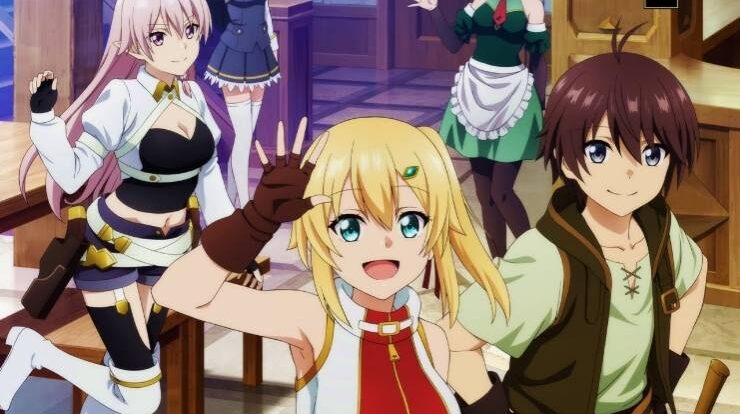 Top 5 Upcoming Best Adventure Anime in 2021 – Hey guys!. In this post, I’ll be discussing a list of Top 5 Upcoming Best Adventure Anime in 2021. In the development of adventure genre story, usually the main character / protagonist will be accompanied by a journey, whether it’s a long or short trip, on the way they will find interesting things and maybe even new friends or new enemies. So, let’s get started.

Adapted from a light novel written by Meguru Seto. With the theme isekai, Noir, is one of the protagonists in this anime. Noir is the son of a small noble. One day he got a job, but before he work on it, the job offer had been canceled. Even so, he has powers that allow him to communicate with great sages. Starting from there, he got advice from his future, so that in the future he would become an adventurer in a secret dungeon, filled with rare items and monsters. He continued to train hard until then. Oh, once more for the latest PV, I think this anime is quite interesting to watch and it’s a shame to miss it.

It is also an anime that was adapted from a light novel with the theme of isekai. Kumo Desu ga, Nani ka is one of the light novels that has been adopted into an anime series, written by Okina Baba with illustrations in pictures by Tsukasa Kiryu. According to the novel’s info, it was ranked second in the 2018 edition of the Kono Light ga Sugoi ranking. The story begins when the hero and the devil continue to fight with each other. The magic generated from the battle caused the human world to experience a huge explosion in one of the schools, so the students died directly in the incident. Next there is Kumoko, a spider coming from the reincarnation of one of the high school girls who died from the explosion incident, she is resurrected in the form of a spider. In her previous life, she was the girl with the lowest reputation in the class, but Kumoko with her second life she was able to adapt quickly. The whole story is unique, like the main character is in the form of a spider, an animal hated and avoided by people.

3. Nanatsu no Taizai: Fundo no Shinpan

Which is the 3rd season of Log Horizon series. After the last season aired in 2014, the season 3 of Log Horizon will air in January 2021. Again Log Horizon is one of the victims of many anime that was postponed due to the global pandemic. Adapted from the light novel by Mamare Touno, which in 2013 was the first season this anime aired. For those who don’t know, Log Horizon is an anime in the game world, with Shiroe as the main character. It tells a story about thousands of online players from the game Elder Tales who suddenly get stuck in the game, where the world is just a fantasy behind the scenes, now it becomes reality. Log Horizon itself is the name of the guild created by Shiroe and his friends. In the third season, it still about Shiroe’s adventure in the game world.

Dr. Stone: Stone War, is season 2 of the Dr. Stone series. This anime is full of science and technology. It all started with the appearance of a mysterious green light and turned everyone in the world to stone, except for the astronauts who were in the outer space. For about thousands of years, they were petrified, finally one by one they were freed from the stone trap. Starting with a man named Taiju who is confused and looking for a way and finally meets Senkuu Ishigami, the main character in this anime. Taiju and Senkuu work together to build civilization again, capitalized on the genius of Senkuu and the work of Taiju, starting from waking up petrified people and making simple tools to support their lives. One day, they wee being threatened and make one of the strongest people there alive, Tsukasa Shishiou, where he is the main antagonist in this anime. Finally, after long preparation, Senkuu’s team were ready to face Tsukasa. Well, in season 2, there might be a massive war between the two groups.

That is it from today’s post on Top 5 Upcoming Best Adventure Anime in 2021. If you do not agree with the points in the post and have some of your own opinions, share them with us in the comments section down below. Keep visiting Animesoulking for more information about Anime and Manga.

Chandan is the writer of “Top 5 Upcoming Best Adventure Anime in 2021”. Also, Connect with me on youtube and Facebook.