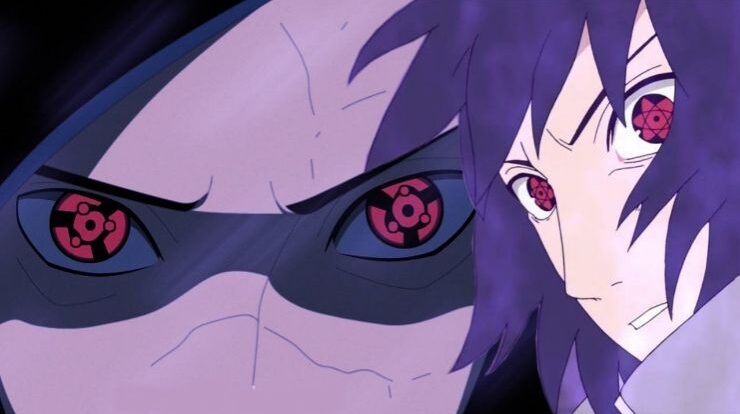 Shisui was a very talented shinobi even among the Uchiha Clan. He was immensely powerful in his time and revered as “Shisui of the Teleportation” due to his skills in using the Body Flicker technique unlike any other shinobi we’ve seen; creating after images of himself and his speed was such that many thought he was teleporting hence the name. It took Danzo and a host of other shinobi to ambush and defeat him. He continuously got praised by Danzo even with the latter possessing his Dojutsu.

Jiraiya was one of the 3 Legendary Sannin. He successfully learned how to use Sage Mode from the Toad Sages at Mount Myoboku. When fused with said Toads, he can stay in Sage Mode indefinitely and can make use of their techniques. In this mode he was very powerful, strong enough to take on Pain and do really well; defeating 3 Pain Paths and successfully getting info on many of Pains abilities.

Itachi never got past the Mangekyo Sharingan but when it comes down to just it, he’s one of the strongest. He gets access to many abilities unlike the other Mangekyo Sharingan users; Amaterasu, Tsukuyomi and spiritual weapons Totsuka Blade and Yata Mirror. He was most of the times held back by his sickness which greatly affected his longevity in battle. However as an Edo, most of these drawbacks were eliminated making him more powerful. He was the primary factor in the sealing of Nagato and in the defeat of Kabuto to release the reanimation jutsu.

Upon mastering Sage Mode, Kabuto became a very powerful shinobi, and one of the strongest in the war. At one stage he was in control of the Fourth Great Ninja War with his Edo Tensei. Asides from his own techniques, he could make use of the abilities of; Kimimaro, Sakon and Ukon, Tayuya, Kidomaru, Jugo, Suigetsu and with them gave Sasuke and Itachi a lot of trouble in their battle. They had to cooperate together to actually counter some of his techniques. Of course they were making sure not to kill him but it still wouldn’t have been an easy battle if they had killing intent.

Obito’s Mangekyo Sharingan is the most broken of all. This is made possible by the ability that comes with it “Kamui” granting him intangibility to attacks and the ability to teleport things in and out of Kamui dimension. He’s without a doubt the strongest Mangekyo Sharingan user. In the war now having access to a Rinnegan to complement his Mangekyo Sharingan, he was strong enough to take on four elite shinobi simultaneously; KCM Naruto, Killer Bee, Kakashi and Guy and although he didn’t win since he was mostly on the defensive he didn’t outrightly lose either.

Minato also mastered Senjutsu at Mount Myoboku. Taking a look at how strong he was in base form, he obviously would have been a beast when using Sage Mode. He admitted to how bad he was at using it, but he was still a Perfect Sage. We saw him using it once in the war as an Edo for better reflexes against Jinchuriki Madara. Before dying he sealed an entire half of the 9 Tails chakra within himself and could make use of it in the war after he got reanimated. He was on Naruto’s level and strong enough to battle alongside him against Jinchuriki Obito.

Just like his predecessors Jiraiya and Minato, Naruto mastered Senjutsu at Mount Myoboku under the Toad Sages. With it he was strong enough to battle Pain and take out 5 Paths. By the 4th Great Ninja War, his mastery over the Sage Mode was so much better making him a lot stronger than he was back in the Pain Arc with a Sage Mode clone being enough to defeat Edo Third Raikage. He could even stack Sage Mode on top of Bijuu Mode to further boost his physical parameters as well as his techniques. At this point in the war, he was the strongest among the allied shinobi forces.

Madara and his brother were one of the first Uchiha to awaken the Mangekyo Sharingan. Together they were considered the strongest Uchiha in their time. Madara was strong enough to battle against Hashirama although he always lost. He would later implant his brothers eyes to get Eternal Mangekyo Sharingan making him immensely more powerful and could use the Perfect Susanoo which was capable of going head to head with Hashirama’s Wood Golem. He only got overwhelmed when the latter entered Sage Mode and used the Shinsuusenju technique. As an Edo he could even make use of Hashirama’s Wood Style.

Hashirama was also a Sage Mode user and a very powerful one at that. He was already so powerful in his base form that he only went to Sage Mode for two of his most powerful techniques; The Gracious Deity Gates and Shinsuusenju. In their many battles he was always superior to Madara and in their final battle he was still too much for Madara powerful enough to take on the combined effort of the latter with Eternal Mangekyo Sharingan and Kyuubi and still emerge victorious.

That is it from today’s post on Mangekyo Sharingan vs Sage Mode Users Ranking. If you do not agree with the points in the post and have some of your own opinions, share them with us in the comments section down below. Keep visiting Animesoulking for more information about Anime and Manga.

Chandan is the writer of “Mangekyo Sharingan vs Sage Mode Users Ranking”. Also, Connect with me on youtube and Facebook.