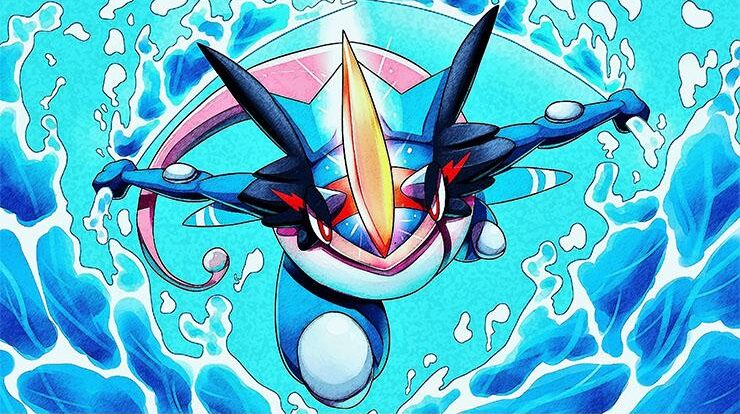 From how entertaining the Pokemon is, to their role in the story, to their performance in battles… realistically, it’s just me choosing my favourites and least favourites based on my personal reasons! There’s no objective way of ranking these Pokemon, and it’s not only about power. Now, let’s dive into ranking all of Ash’s Water type Pokemon from worst to best!

I really like Kingler! Especially when he battled Ash on the beach, and especially when he absolutely dominated in the Indigo League. But sadly, Kingler barely has any screen time… he may as well not even exist! We really don’t know much about him at all, so unfortunately I can’t really rank him any higher than this!

Look, Dracovish is so entertaining and powerful and fun to watch… but I really cannot get behind or support how Dracovish has been treated in Pokemon Journeys.

Dracovish got almost no screen time, no training, no development… and for a Pokemon series in 2022, that is absolutely unforgivable, if you ask me! So I refuse to rank Dracovish any higher than number 9, even if he’s super quirky and a lot of fun to watch!

I love how entertaining and fun to watch Totodile was, but sadly, that’s all I can really say about him. Personally, I really wanted Totodile to Evolve up into a Feraligatr, and I also really wished that Totodile was Misty’s Pokemon. Not Ash’s.

So Totodile is a lot of fun, and super entertaining and hilarious, but sadly… that isn’t enough to carry it higher in this tier list. Better luck next time, little crocodile!

The legendary Squirtle ranking this low in the article is bound to shock a lot of you! But let me really emphasize I absolutely love every Pokemon on this list! This is a tier list of love, not of hate! Squirtle as a member of the Squirtle Squad, is so unique and special!

And I really loved how its mischievous nature bounced off of Bulbasaur! It really just breaks my heart that we haven’t properly seen Squirtle since the Battle Frontier! It has been way too long!

Palpitoad was caught in one of my favourite episodes ever! I love that it has such a commanding and aggressive personality! And I love how it bonded with Ash over their love for battling! I also adore how in Pokemon Journeys, we got to see the sweeter side of Palpitoad’s personality, with Goh!

That just made me love Palpitoad even more! Sadly though, Palpitoad really needs more screen time… and for that reason, I can’t rank it any higher than number 6!

The Orange Islands saga is one of my favourite seasons of the entire series! And, no pun intended, but Lapras truly carried that season its back! I love how Lapras was so scared and nervous at first, but it gradually grew closer to Ash, and became more playful, and it enjoyed itself much more!

And then eventually it had a super heartbreaking release episode, to be with its family! And then when Lapras returned in Johto, and looked visibly older and more mature, that was like a top 10 moment of the entire series for me! Lapras is amazing and so underrated!

Corphish is one of my favourite Pokemon Ash has ever caught! I seriously love love love this little guy! I loved how he was super jealous and gluttonous and aggressive at first! He kept clashing with Ash’s Grovyle, and he always kept punching people… but then I love how he developed to become friendlier and more loving and more of a team player!

He even started taking part in Brock’s singing performances! Corphish was just so quirky and fun and whacky… I absolutely adored watching him for the entire Gen 3 anime!

I mean, does this one really need explaining at all? Greninja was always gonna be in the top 3 no matter what! Greninja is Ash’s coolest Pokemon ever! And in my opinion, Greninja is Ash’s second most powerful Pokemon too! His Bond Phenomenon is actually legendary, and it never fails to get me hyped up!

The way that he grew throughout the series, and truly began to match Ash’s level of bravery and determination and protectiveness… it was just incredible! And don’t get me started on Greninja’s role in the Snowbelle City arc! That was just on another level!

Greninja is a fan-favourite for great reason! And also the implication that Greninja’s powers are linked to Aura, in Pokemon Journeys… that makes me love Greninja even more! This ninja frog is such a legendary Pokemon, man!

Buizel is literally only 0.000001 points beneath the Pokemon that I chose as number 1! That’s how much I adore Buizel! I love that Dawn traded Buizel to Ash, it really did connect them all in such a fun and interesting way!

I loved Buizel’s Ice Aqua Jet, I loved some of Buizel’s focus episodes, I loved Buizel’s battle performances… but mostly importantly, one of the main things that I adore about Buizel, is absolutely his personality! I just love how he was so prideful, and how he got into conflict so easily!

Buizel having that kind of personality just felt so unique compared to Ash’s other Pokemon! Buizel is one of my favourite Pokemon in the entire series, so he absolutely deserves to be ranked number 2 in this article!

In my opinion, Ash’s best Water type of them all, is… Oshawott! I don’t think I have EVER loved a Pokemon as much as I love Ash’s Oshawott! This little fella may not be the best battler, he may cause trouble everywhere he goes… but it doesn’t matter, because he’s just so precious and he always tries absolute best!

I love Oshawott’s bond with Ash, I love his facial expressions, I love how he thinks he’s stronger than he actually is, I love his friendship with Piplup, I love the comedy and lightheartedness that he brings to the anime… I just genuinely adore absolutely everything about this little otter! Oshawott is just so much fun to watch!

And even though Oshawott isn’t the most loved Pokemon in the community, my absolute overwhelming love for Oshawott makes up for it! Tell me you don’t absolutely love him! There is no way you don’t love him! Oshawott truly is Ash’s BEST Water type Pokemon EVER!

That is it from today’s post on Ash’s Water Pokemon Ranked From Worst to Best. If you do not agree with the points in the post and have some of your own opinions, share them with us in the comments section down below. Keep visiting Animesoulking for more information about Anime and Manga.

Chandan is the writer of “Ash’s Water Pokemon Ranked From Worst to Best”. Also, Connect with me on YouTube and Facebook.