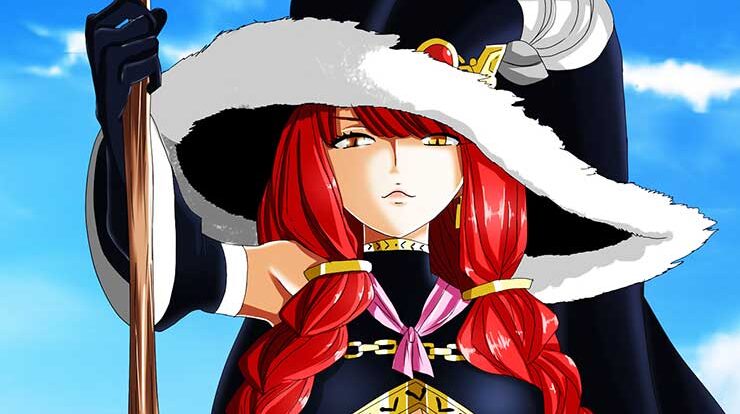 Minerva was indeed very strong and showcased her power at the grand magic games. However, I think she has been surpassed by many since then. She’s still in top 10 though because her magic involves the manipulation of space, which allows her to manipulate any spatial region within her line of sight.

Kagura is the strongest mage of the mermaid heel guild. At the grand magic games, we could see her fighting on par with erza and minerva and she’s gotten even stronger since then. She uses gravity magic which she uses to manipulate gravity to affect her target. She’s also an incredibly skilled swordsman.

Ultear was the former member of the Magic Council and co-founder of crime sorciere. She can uses lost magic arc of time that allows her to manipulate time. Even as a child, Ultear had so much magic power that it was causing her to become ill and Ur (Her Mother) had to send her to a Magic Research Laboratory to have some of it removed.

It all started in the tartaros arc when wendy was able to defeat the tartaros demon Ezel with her dragon force. She got even stronger after the one year timeskip and together with erza, they were able to take on irene beleserion (Erza Mother). She also uses enchantments magic.

As a spriggan, Brandish has immense magic power and also known as “Nation Destroyer”. She uses mass manipulating magic, an advanced form of magic which allows her to increase or decrease the size of anything or anyone including body parts.

Mirajane can uses takeover magic, a type of magic which allows her to takeover the powers and appearances of several demons. She has several demon forms which significantly increases her speed and strength. Her current strongest satan soul is Algeria.

Erza is one of the strongest characters in the fairy tail guild and arguably the strongest female. She uses requip magic, capable of transforming herself into different armors some for offense and some for defense depending on the situation of the battle. She owns over 100 different types of armors and over 200 weapons.

Dimaria’s magic gives her the ability to control time in battle. This power was given to her by the god of time “Chronos” which she could transform into. She was able to overpower kagura, sherria, wendy at the same time during their battle. As a spriggan, she also wields immense magic power.

We haven’t really seen the feats from mavis, but the hype around her is too much to ignore. As the creator and first guild master of fairy tail guild, she wields all the great magic of fairy tail “Fairy Law, Fairy Glitter and Fairy Sphere”. Like zeref she can also use “Black Arts” which she learned from him.

Irene is the creator of dragon slayer magic and the first dragon slayer. Alongside august, she was considered the strongest among the spriggan 12. She also uses enchantment magic, being able to alter landscapes, climates as well as manipulate the atmosphere, objects and even people. She’s also capable of transforming into a dragon.

That is it from today’s post on Top 10 Strongest Fairy Tail Female Characters. If you do not agree with the points in the post and have some of your own opinions, share them with us in the comments section down below. Keep visiting Animesoulking for more information about Anime and Manga.

Chandan is the writer of “Top 10 Strongest Fairy Tail Female Characters”. Also, Connect with me on youtube.