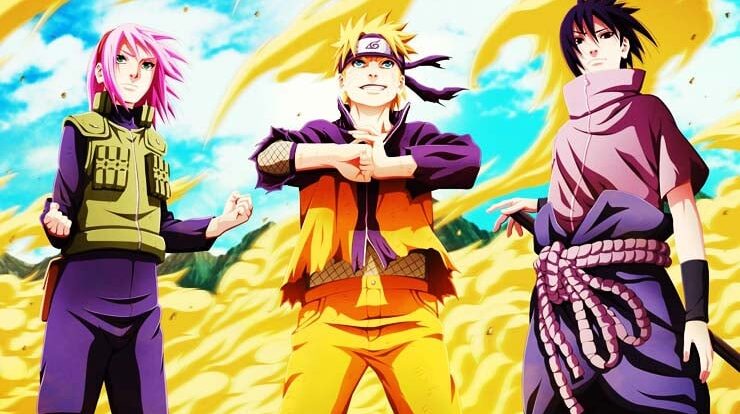 Sai is a highly capable shinobi, who is trained in the anbu organization’s kenjutsu. He was regarded as the strongest root member of his generation. He’s able to use water and fire nature transformations including yang release. He became a member of team 7 in shippuden and his most notable talent is his still as an artist. He uses paintings to create beasts to battle and seal his opponents.

Yamato was appointed to lead team 7 for a while and so can be considered a member. He is also an anbu who graduated to chunin at the age of 6. Sharing the same DNA as hashirama senju, Yamato is able to use wood release kekkei genkai which involves combining water and earth chakra natures. While being quite skilled at using wood style, the scale of his techniques pales to that of hashirama’s.

Kakashi is the original leader of team 7 and he no longer bears the sharingan. Whether he has become weaker or not doesn’t matter because he’s still quite strong without the sharingan i.e. he still has the many jutsu he copied while he had the sharingan but I think he has long being surpassed by all his students (The Original Team 7 Members).

Sakura went from being very weak to becoming one of the strongest kunoichi’s in the series if not the strongest character. Her progress started in shippuden when she and chiyo were able to defeat “Sasori” an akatsuki member. By the war arc she showed the ability to summon katsuyu (A Boss Summon) while also being able to use all of tsunade’s abilities. She was seen battling against shin uchiha without even using her full power.

Sasuke has gone from bearing an ordinary Sharingan to Mangekyo Sharingan, Eternal Mangekyo Sharingan and then Rinnegan which puts him at god level and among the strongest character in the series. He’s at the very least very close to naruto in power if not his equal. No need to say much since we already know how strong he is.

Throughout the series Naruto has gained access to so many forms like Sage Mode, Kyuubi Chakra Mode, BijUu Mode, Six Paths Sage Mode etc. He went from being zero to becoming the hero of the world. He’s fought alongside sasuke against many incredible foes like Madara, Obito, kaguya, Momoshiki etc. He’s currently considered by many to be the strongest shinobi.

Chandan is the writer of “Top Strongest Team 7 Member”. Also, Connect with me on youtube.