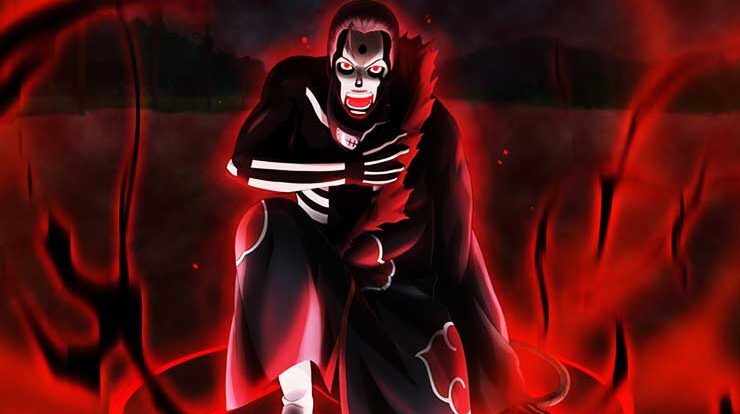 Under the guidance of Tsunade, Sakura became a master medical ninja. She also mastered most of Tsunade’s abilities including the “Creation Rebirth Jutsu” which gives her the ability to instantly heal from any injuries in battle. At the fourth great ninja war, after being puntured by Madara’s rod made from Truth Seeking Orb, she could regenerate herself instantly with little to no problem. This is what makes her difficult to kill and unless you totally finish her off by vaporizing her completely with an attack or something like that, you can’t kill her.

After experiencing the death of her loved ones, Tsunade eventually created her very own jutsu “Creation Rebirth” which is said to be the pinnacle of medical ninjutsu and the ultimate regeneration technique. The resolution behind this technique was for her to protect the lives of her comrades. As long as the technique is active, it is very difficult for her to die in battle as she’s capable of instantly healing from damage. Normally a medical ninja isn’t supposed to be at the front lines in battle but this technique allows her to violate that rule. She could instantly heal from Madara’s assault during the war.

Even by the standards of the senju clan Hashirama possessed insane life force, stamina, chakra and healing/regeneration abilities. He could instantly heal wounds without making hand signs as stated by Madara. His regeneration abilities is second only to the ten tails jinchuriki/six paths senjutsu users in the series. His regeneration abilities was so immense that those of Tsunade/Sakura look like child’s play and many including Madara sought to acquire his cells not only for his power which is woodstyle but everything else that concerned him (Stamina, Vitality, Life-force and Healing Abilities). This one of the reasons he was so powerful since it was difficult to kill him.

As a result of extensive experimenting with the jashin religion’s various techniques, Hidan attained the inability to die from virtually all causes, with the exception of malnutrition. His immortality allowed him to survive numerous fatal injuries and almost any form of dismemberment; even when his head was cut off, all that was needed was for his head to be placed back. There was no way he could ever be killed in battle, even after Shikamaru had defeated and thrown him into the pit, Hidan is in fact alive but is dying slowly from a lack of nutrition.

After numerous experiments, Orochimaru developed a jutsu which grants him a certain form of immortality allowing him to transfer his soul to someone else’s body after a number of years. In order to fulfill his dream of acquiring all the knowledge in the world which couldn’t be achieved in a single lifetime, Orochimaru had to attain immortality which he did. In battle, the only way to defeat Orochimaru is to seal him away. Even if you cut him into pieces he would just regenerate. It is because of this ability that he’s still alive till date and it appears as though he hasn’t ages at all.

Chandan is the writer of “Top 10 Strongest My Hero Academia Characters”. Also, Connect with me on youtube and Facebook.